With the leaders of the Chinese blockchain mining group in one conference, they began to discuss the potential of computing power sharing platforms such as Bitdeer.com, and new trends and emerging patterns in the mining industry.

The conference saw the likes of the following crypto mining industry leaders:

As the world’s leading computing power sharing platform, BitDeer.com has achieved great success with 80% repurchase rate contributed by over one million monthly active users in 223 regions since entering the market six months ago. The platform also witnessed a 300% revenue growth within three months. Its market share ranks among the top 3 in the computing power sharing industry, and will continue to be the fastest growing platform.

In retrospect, cryptocurrencies had lost 80% of market value from the highs of 2017 to lows of 2018. Coming into 2019, the market is giving positive signals: Hashrates have hit historic highs; and the numbers of active Bitcoin addresses is rebounding rapidly with the number of Bitcoin wallet users beginning to surge.

As an innovative creation in fintech, Bitcoin is becoming increasingly accepted by users and merchants worldwide. In addition, traditional finance and internet giants such as JP Morgan, Goldman Sachs, Microsoft, Google and Facebook are beginning to enter the nascent cryptocurrency industry. Celine Lu, CEO of BitDeer.com, sees this as a must-take opportunity. 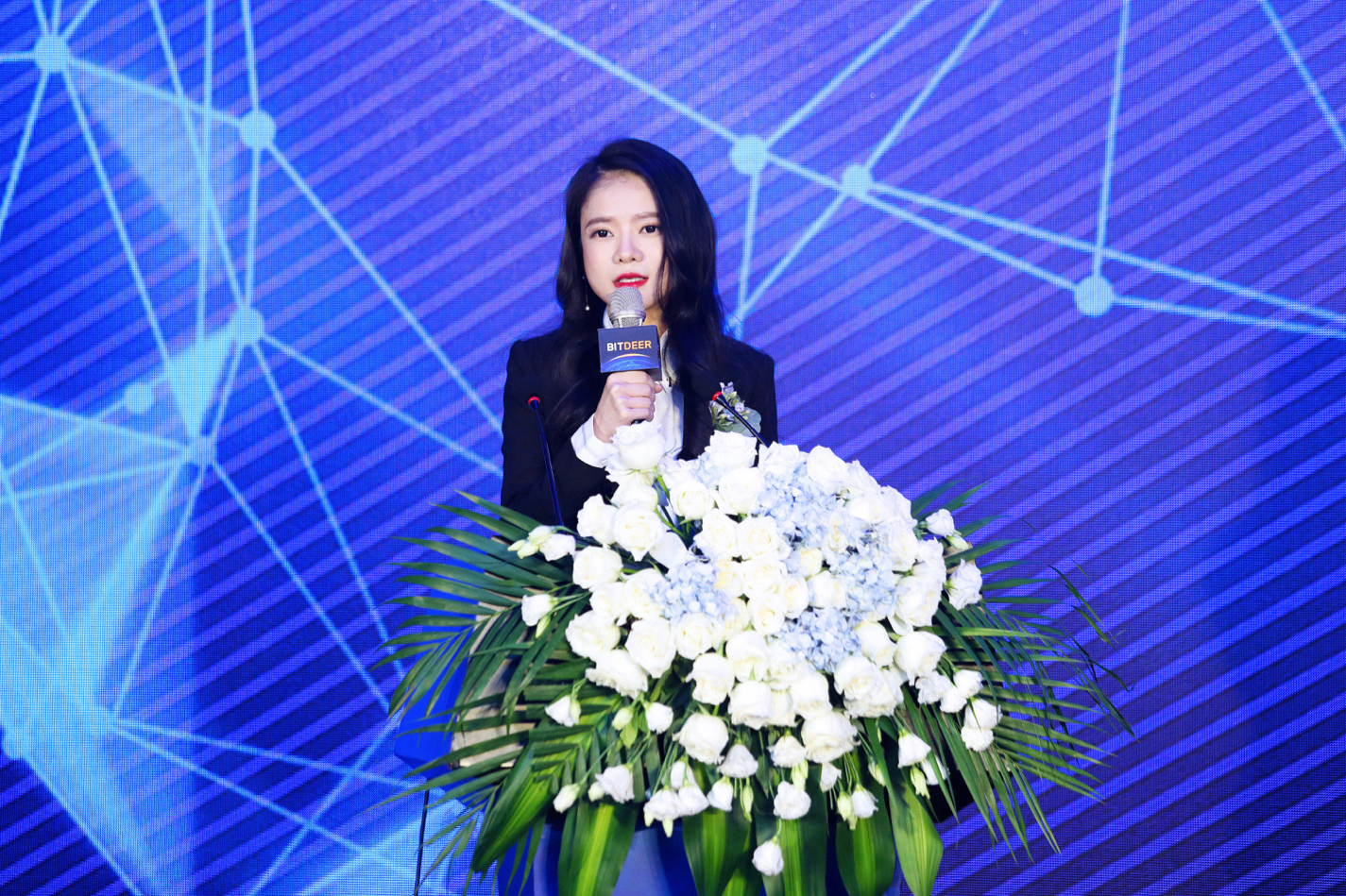 In her keynote speech “Computing Power Sharing: Ecological Synergy Accelerator”, Lu mentioned since 2018, computing power sharing no longer relied on bubble prices in the bear market. Instead, it focuses on providing the best service to users by leveraging global resources in the areas of technology, operations, and management. At present, the computing power sharing industry is at a new starting point where BitDeer stands in the core of resource aggregation. Teamed with respectable industry business partners, BitDeer.com will bring higher value to its global users and build a well-developed ecosystem to fuel the whole industry.

Lu shared valuable statistics from BitDeer for the first time at the conference. The net profit of BTC mining for BitDeer’s users exceeds RMB￥6 million (USD $0.87 million) per day, with 4 orders placed monthly on average. The platform’s biggest spender who invested a total of RMB￥50 million (USD $7.24 million) is expecting a profit of the same amount. Eight of BitDeer’s partner mining pools have achieved a hash rate of over 3,000P and ten of BitDeer’s partner mining facilities have achieved a total sales revenue of over RMB￥300 million (USD $43.39 million). More than 20 of BitDeer’s global sales partners have received tens of millions in profit sharing.

As the competition in the market turns white-hot, building a diversified, healthy and stable business ecosystem is an irresistible trend. “BitDeer has initially established a partnership mechanism,” said Celine, while presenting BitDeer’s latest partnership plans to attendees.

Standing at year one of BitDeer.com, Lu believes an open mind is essential to connect partners from mining facilities, mining pools, sales, technology, traffic and service providers. BitDeer is building a computing power ecosystem community by leveraging its resources and utilizing its competitive advantages.

In his speech, Bitmain’s Head of APAC Sales Xiaojun Fan shared his thoughts and experience of working together with BitDeer.com. He was impressed with the computing power possessed by BitDeer and its strategic vision. In addition, the latest firmware for Antminer S9 miners made its debut at the summit. 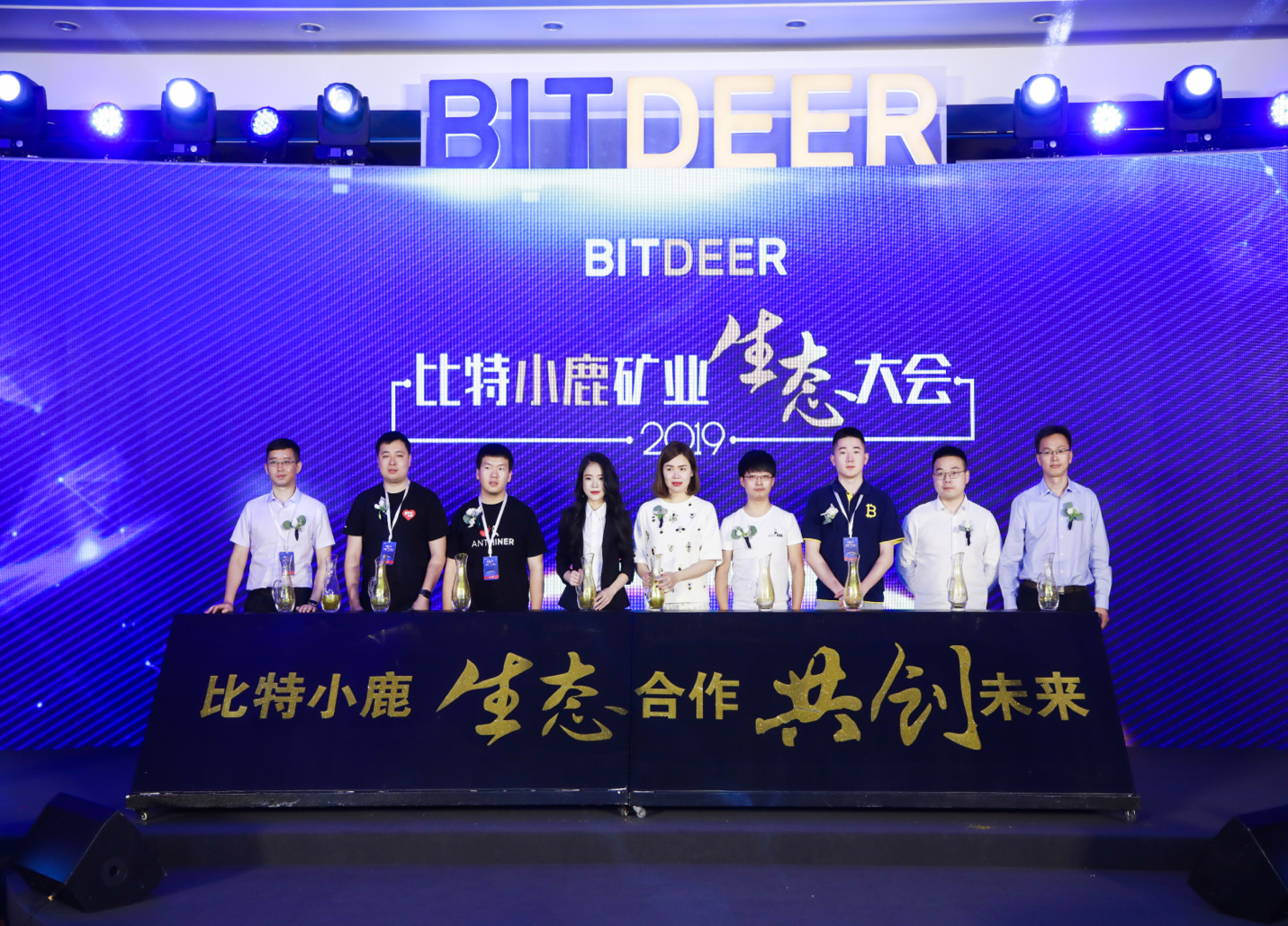 Since its 2014 birth, the Computing Power Sharing industry has been chaotic. As the leading platform, BitDeer will guide the industry in compliance with business development and environment. To begin the second half of the conference, Celine Lu read out content of the first ever ‘Computing Power Sharing Industry Standard Draft’ issued by BitDeer. She stated that she would love to invite all partners to join a discussion of the Draft and the formation of an effective mechanism to help users and practitioners.

On the one hand, from the three dimensions of traceable, controllable and hash-rate mining pool, we can determine whether the hash rate is true and transparent, which is very crucial, according to Celine. On the other hand, the model needs to be open and transparent. Users can independently choose the mining pool, switch the mining pool, check the hash rate of their orders in the mining pool. While mining pools can regularly remit to users directly, which can be inquired from the information chain of the payment transaction. In addition, the fluctuating value should be up to the standard. In terms of fluctuating standard-reaching rate for hash rate of POW currency, the fluctuation of hash rate within 3% should account for more than 98%, and the fluctuation of hash rate within 1% should account for more than 85%. Based on the research and calculation of BitDeer, should the hash rare be not within the standard range, users will suffer from the loss of the mining earnings.

Last but not least, the criteria for access to mines are mainly reflected in three dimensions: it is a must to ensure that there is sufficient power to maintain 98% mining machinery and equipment under normal operation and normal network communication at least 98% of the time. There are strict network firewall settings, perfect fire prevention and disaster prevention facilities and the positive response from operation and maintenance personnel. And in terms of the access criteria of mining machine, the fluctuation of its hash rate is not more than or less than 5%. The equipment can operate normally under severe environmental conditions, such as high temperature, low temperature, humidity, dryness and sand. At least two spare mining pools should be set up to actively support the exploration of mining pools. Should there be something wrong with the current connected mining pools, they can be switched quickly. The life cycle of mining pools can be maintained for more than six months.

According to Celine Lu, data in the draft were extracted from key indicators in the operation and maintenance process of BitDeer.com, which has teamed up with four of the major mining pools in the world: ViaBTC, BTC.com, AntPool and F2PooL. The partnered mining pools account for more than half the worldwide the computing power which provides up-to-date accurate data for BitDeer. Not only does it provide valuable reference in standardizing industry data, improving the operation systems, regulating market, and establishing industry benchmarks, but also it proposes a perfect direction guiding the crypto industry to develop in a healthy and orderly way. 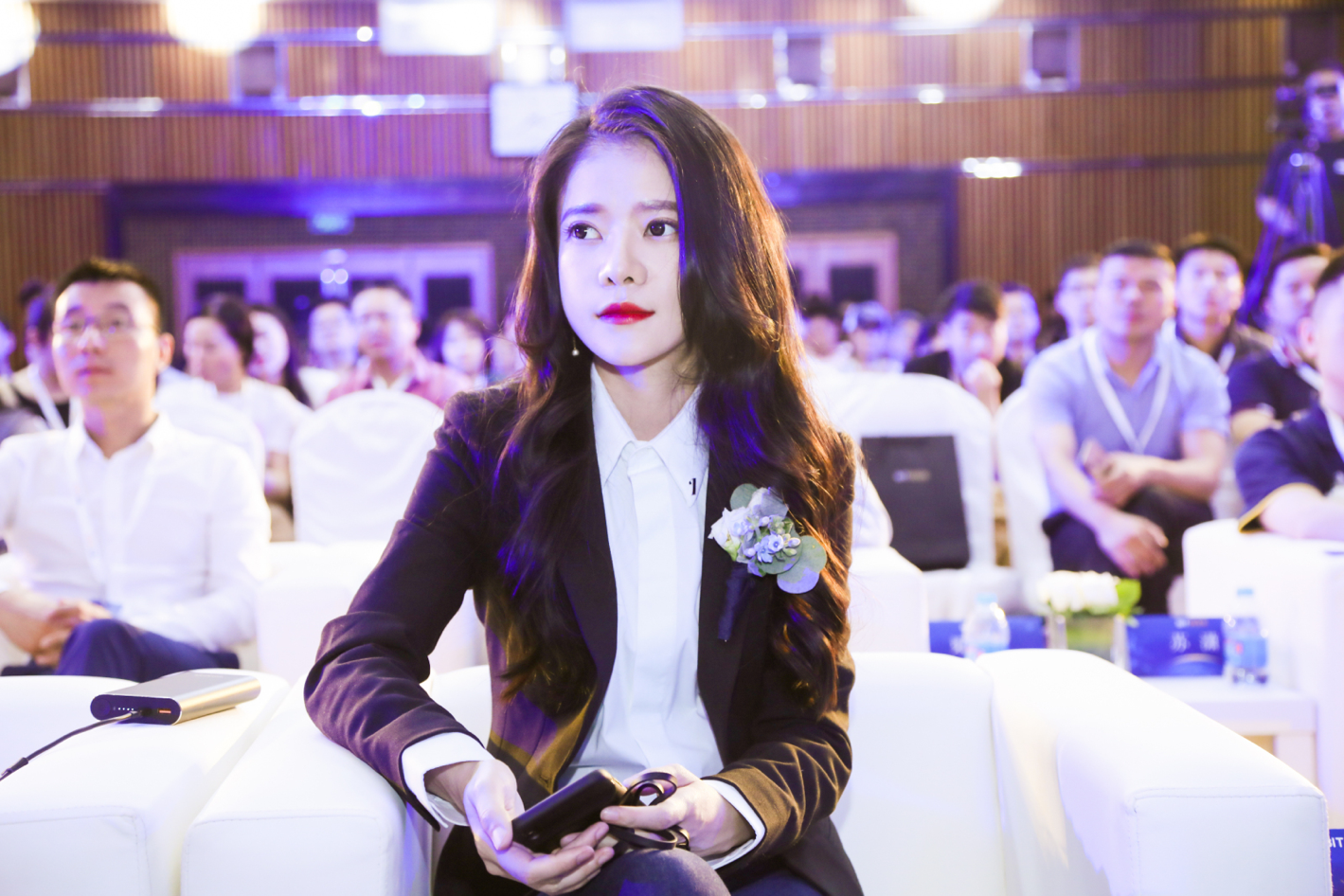 It is agreed by all panelists that, in the age of Blockchain 2.0, members of the mining ecosystem are expected to strengthen the capabilities to integrate resources in order to better serve and bring more value to the users.

As a pioneer of the industry, BitDeer is believed to have provided a white-glove service to global individual miners, significantly reduced mining costs and thus lowered the barrier to entry. BitDeer.com has enlisted an army of talents and professionals, and leveraged global resources so that constrained parties could be better prepared and contribute to the mining ecosystem in the next bull market. 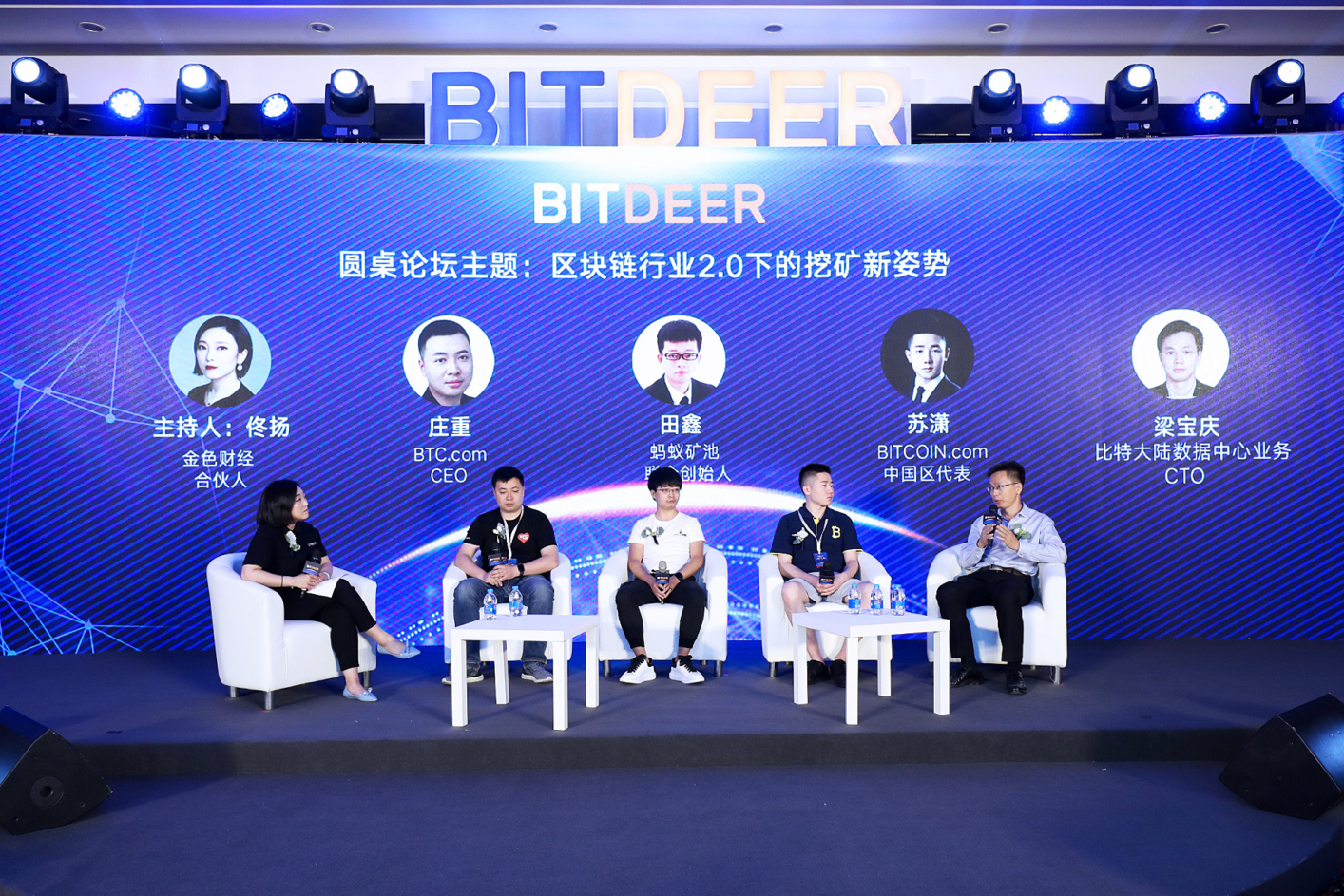 Miners, the most essential party in the mining ecosystem, are driven by profitability. In order to maximize mining profits and solve the operations management problems faced by mining facilities, Bitmain is soon launching a cloud monitor platform with joint efforts from BitDeer.com.

Baoqing Liang, CTO of Bitmain Data Center, believes that the intelligent connectivity of cloud will ensure a stable output of computing power. The new cloud monitor platform will connect mining pools, profits and the management and operations.

According to Qiuwei Gao, CMO of RiskHash, mining profitability is directly affected by the price and mining difficulty, and sense of risk control cannot be overemphasized in the mining process. “By partnering with BitDeer.com, the platform connecting computing power providers and individual miners, costs beared by mining pools are relatively more stable. Individuals miners are able to increase their risk resistance capabilities as well.”

Cobo Wallet VP Yao Li stated that as one of the top three wallet service providers, Cobo Wallet is looking forward to collaborating with BitDeer.com to connect the underlying payment system and support instant transfers. He believes the partnership will speech up the growth of crypto mining economy.

In terms of the influence brought to the mining ecosystem by the halved Bitcoin price, panelists believe mining will continue to be a sound investment strategy. However, individual miners are still faced with costs to run professional facilities. BitDeer’s computing power sharing model will provide an easier solution.

The 2019 China Mining Industry Summit has shed light on the new mining ecosystem led by BitDeer and brought the leading computing power sharing platform’s competitive advantages as well as its potentialities to the crypto mining community.

BitDeer.com is the world’s leading computing power-sharing platform, enabling global users to mine cryptocurrencies in a transparent, reliable, and convenient way. It saves users from the complicated process of purchasing, installing, and hosting mining machines. Individual miners can enjoy the service with just one click.