Every day that passes, the decentralized finance sector occupies a better position on a global scale. At the time of writing this article, the market capitalization of all cryptocurrencies is $353,164,662,453, according to data from Coinmarketcap.

This success is mainly because this market is represented by an alternative financial technology characterized by offering the best benefits to its clients. Among these benefits are the freedom of a decentralized individual economy, better transaction fees, increased speed, universal acceptance, ease of conversion, versatility, privacy, and anonymity.

Check out this Beginner’s Guide & Basic Strategies for Trading Cryptocurrency.

But despite all this success, there is a segment that has become a ghost that haunts the crypto market. We are talking about the enormous cost of electricity. Although the primary value of the sector of the decentralized finance is the technology, the necessary paths in the field of ecology have not been achieved, a fact very well used by the critics of the sector to stigmatize the crypto-market.

Therefore, how is it that a financial sector whose central pillar is technology has failed to solve this problem?

Well, it turns out that little by little, this situation is changing since, at this very moment, there are small and large initiatives that are being applied to make the crypto-market more environmentally friendly. Ideas that seek to transform the negative impact of crypto-markets on the environment are underway. We will review seven ecological inventions that are focused on changing the crypto market into an ecofriendly market.

It is a platform and cryptocurrency specially designed to promote electricity generation through photovoltaic solar energy, cleaner and even more efficient than any fossil fuel. The dynamic consists of stimulating photovoltaic energy producers who will receive 1 SLR Token for each Megawatt hour (MWh) it provides. For this, it is only necessary to open a portfolio for free and send the electricity generation documents to the SolarCoin Foundation. Claimants can save, trade, or spend SLRs as they wish, and can receive ongoing grants for the next 20 to 30 years to generate power. 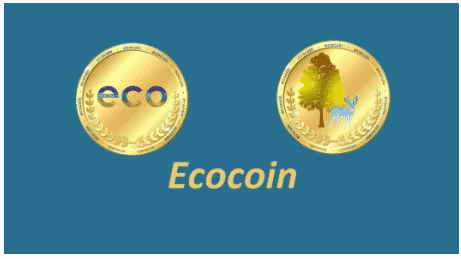 It is a digital currency that rewards people’s good behavior towards the environment, as it says on its official portal:

“Eating meatless meals, switching to a green energy provider, or cycling to work can generate ECOs that you can spend in our new sustainable market to buy green goods, services, and experiences. This is a new way to track, measure, and reward sustainability so that now you can do good and get paid”.

Although we are talking about a centralized digital currency, we decided to include it in the list of ecological ideas since the foundation representing it (ecocoin.com) plans to convert it into a decentralized cryptocurrency through blockchain technology.

“Our next step is to create a global cryptocurrency to decentralize the ECO coin and back it up with sustainable assets starting with the trees.”

It is basically a cryptocurrency mining farm using renewable energy located in the south of Spain. The key to this project is to take advantage of that country’s climate, which usually hot throughout the year. This is how this cryptocurrency mining farm obtains abundant energy from photovoltaic plants, which will be used to make mining profitable. This farm will be initially equipped with 3,000 miners.

Read the article about Cryptocurrency Mining vs Buying: Which Gives Better Returns?

The mission of this project leaves all this in evidence:

“Our mission is to democratize access to cryptocurrency mining in a responsible way. That is why we have created the CST Token, which allows users to participate in our CST Mining platform, where they can mine in a sustainable way“.

It is a prototype that mining is achieved using wind energy. It uses a 700W wind turbine to power a mine of the world-famous cryptocurrency “Zcash” ZEC.

Among the main technical characteristics of the ecological device are: a computer with a Core i3 processor with 4 GB of RAM and a 256 GB hard disk, GeForce GTX 1080 Ti card, as well as a waterproof case and a controller to regulate the power load entering from the turbine.

The proceeds from the prototype will be used to directly finance research on climate change and the possibility of its mitigation.

According to its creator, the engineer Julian Oliver:

“It is anticipated that hundreds of these HARVEST nodes could be deployed in the windiest parts of the world, generating large sums of supplemental funding for climate change NGOs at a time when climate science itself is under siege from the fossil interests of governments and corporations.”

It is an electric bicycle manufactured by the English company “50cycles” with which cryptocurrencies can be mined.

Scott Snaith, founder and CEO of 50cycles told the media that:

“This is not only the first electric bike of its kind, but it will also be the first product to be tokenized and award a reward for use.”

It should be noted that this Toba bicycle model will not mine any popular cryptocurrency. For now, it will only mine the Loyalcoin token that can be exchanged for one of the company’s products, 50cycles, or other mainstream cryptocurrencies of the crypto-market in the Loyaltycoin Exchange.

We wanted to include this idea on the list since this initiative promotes two positive and great changes in favor of the environment. First, it encourages bicycles that can help reduce the use of internal combustion vehicles, and second, it promotes ecological use and awareness of digital mining in cryptocurrencies.

“At the moment, we are working with Loyalcoin to reward our customers, but eventually Toba bikes will have their own digital currency that will become one of the thousands of currencies of the future, and Toba will allow passengers to become a part of it integral of its growth.”

We are talking about the protocol based on the DAG (Direct Acyclic Graph) algorithm that supports the distributed ledger known as IOTA, a futuristic platform that, instead of working with blockchain technology, has proposed its operating system better known as; Tangle.

Find out how Blockchain Application impacts the Internet of Things (IoT Blockchain Future).

For an operation to be carried out through the Proof of Work protocol of Bitcoin, Ethereum, and Litecoin, miners must compete with each other to solve the complex mathematical problem. The miner that solves the problem obtains the right to mine a block in the blockchain network.

This procedure is generally the one that generates high energy consumption. In the Proof of Work, a huge amount of equipment with high computing power and energy consumption compete to solve each transaction between each transaction. This results in a massive waste of unnecessary electrical energy since out of hundreds or thousands of teams that work to the maximum of their potential simultaneously, only a few end up completing a transaction. This is the cause of the expense problem excessive energy that is currently attributed to the global crypto-community.

With IOTA’s Tangle technology, this is no longer a problem. Thanks to its simple protocol that requires you to collaborate to validate two transactions before your transaction can be approved on the network. This way, you earn the right to make your transfer free of charge, and in just seconds, that is, in this process, no energy is wasted. However, every energy from your smartphone or computer is used to the maximum. And as if that were not enough, IOTA brings with it a host of benefits such as an infinitely scalable and free technology and a security system that promises to protect even from the possible DDoS attacks of quantum computing. What IOTA does make clear is that these security levels will be achieved as the network reaches a critical mass adoption. The more users join, the more secure the IOTA network will be.

Responsibility with the environment is one of IOTA’s pillar values ​​, an action that it executes through its Tangle-based technology, which is why we have included it in the number two position on this list of the most influential ecological ideas in the crypto-cosmo.

“Our technology has the ability to improve lives, empower people, and transform the industry. We carefully evaluate the impact that our actions have on society and the environment”.

It is a consensus protocol whose main objective is to operate, manage, and protect the blockchain network of a specific cryptocurrency.

But one of the most significant proposals for change is that the Proof of Stake completely eradicates excessive energy expenditure. Miners with high-performance equipment and computing power are not necessary here nor the high cost of electricity service fees. Only the conventional consumption of a simple smartphone or common computer is needed.

It is important to note that it is not necessary to solve a complex mathematical problem in this consensus model, as it is in the case of the Proof of Work. Therefore, the miners are called validators, since they never mine (here no difficulty solving math problems), they only validate.

The Proof of Stake is designed so that the validators with the highest capital in the cryptocurrency in question (and those with the longest participation in the network) have a greater probability of being chosen randomly to validate transactions and obtain a reward. Thus to do this, they must stake an amount in said cryptocurrency. The greater this capital, the greater possibilities they will have to be a validator and obtain the reward.

At present, many important cryptocurrencies that are among the 20 cryptocurrencies with the largest market capitalization, according to Coinmarketcap, are using this more environmentally friendly consensus protocol, among which the following stand out: Cardano, NEO, Tezos, and Tron, to name the most influential.

This directly or indirectly sustainable and environmentally friendly idea occupies the first position of our list because it has been the most impactful green idea in the crypto niche.

Vitalik Buterin, The founder of Ethereum, is already executing the Proof of Stake Protocol on the Ethereum network, and he has this to say about it:

“I would feel very sad if my main contribution to the world was to add the equivalent of Cyprus’ electricity consumption to global warming.”

Read all about Ethereum 2.0, the latest development on the Ethereum blockchain.