Released just 3 months ago, Akita Inu is a humble ERC 20 token with bold results so far. Originally found on Uniswap, over the past week it has found itself added on multiple exchanges including MXC, HotBit, Poloniex and more for a total of 7 platforms and a new one with BKEX at the time of writing this press release.

This fast adoption was made possible with multiple days of trading volume of over $200,000,000 and resulting in trending status on CoinMarketCap and CEX.

Akita Inu is being built exclusively with the help of community input. A truly democratized project.

Over the last week over 15,000 new investors are now holding this token and another 22,000 have joined the project’s Telegram where people will get to start shaping this project into something special.

The fresh ideas from the community that are being adopted by the project include a token burn, staking to allow passive income on holder’s idle currency, and finally the development of its own decentralized social media network comparable to twitter, but instead of liking tweets users will be able to tip Akita to show support. This will all be possible with a partnership with Polarfox. 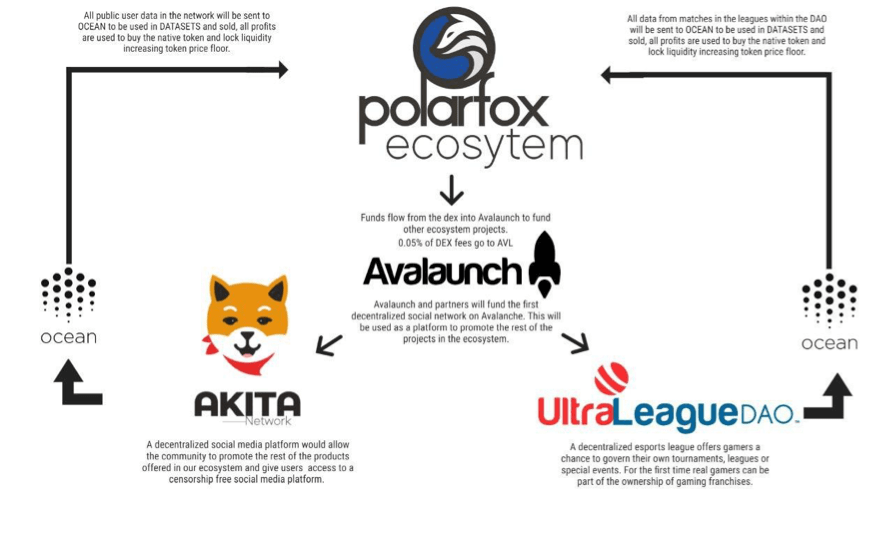 The team is also days away from a new release of the Akita website which will beautifully illustrate the roadmap to come. So stay tuned for that.

“Is Akita Inu the next Dogecoin?”

In the early days of a new project, it is always easy to make a claim that something novel is going to be comparable to something else, which is more proven. This press release isn’t going to make that type of bold comparison here today. Rather the core belief of the token is a much more intriguing comparison that should be made as to why Akita Inu could very well be the next Dogecoin. The power of community.

Firstly, Lets touch on why Dogecoin became the #6 coin on CoinMarketCap. It was created in 2013 as a peer-to-peer digital currency and even in the early days, it was looked at as a comical currency. Afterall, its logo is a cartoon of a dog. But it was this humor that was able to tap deep into the internet and immediately became something of a force and true competitor, even compared to Bitcoin. The community grew around the idea, that despite its comical nature, what if our furry little friend was able to be the go-to cryptocurrency in the marketplace, dogging the traditional financial institutions.

Over time, the power of Dogecoin’s ability to compete became more difficult under the scrutiny of cryptocurrencies needing a purpose. The fear of scam-coins and obviously a very unregulated marketplace kept Dogecoin at a very low price point. That is, until the boom of the winter of 2017 and 2018. The price of Doge broke a penny. Although subsequently in 2018 the market crashed back down in what seemed like a make it or break it bear market for the entire industry – Bitcoin included.

But the power of the Doge community stayed with Dogecoin. What’s interesting about the reddits forums at the time, is that the sentiment wasn’t in support of Doge. Not because people thought it would make a profit but rather because of the desire to stick the middle finger to the financial world. It was this common belief that kept people interested and willing to continue to support something that had no practical purpose. It was the power of the community that organically created its own purpose.

Why Create an Akita Community?

Fast forward to 2020 and 2021. At this point the financial institutions have entered the cryptocurrency space, and Bitcoin is at all time highs. Financial institution involvement and more people than ever looking to invest into cryptocurrency as projects like Akita Inu are ripe for the picking. Both old and new crypto investors see how far Dogecoin has come and many of the same sentiment from the playful-anti-establishment investors will be looking for the next Dogecoin.

Over the winter we saw how people on Reddit nearly bankrupted one of the largest hedge funds in the world for shorting Gamestop stock. A collective group of average individuals pulled off one of the most ground shaking financial moves of the last century.

They realized one thing…

They realized the power of community.

Akita Inu is an interesting project that realizes the power of community as well…and it should be mentioned their logo is also a dog. An Akita Inu to be specific, which is a Japanese bear hunting dog. A fitting name for a cryptocurrency that is attempting to fight the future bear markets with the power of community.

Over on Etherscan, there are 11,000 holders of the coin already and the number seems to be moving upward at a rapid pace as more people get word of Akita Inu’s affordable price. What should get investors excited about this is that it’s still very new and the foundations of a strong robust community are already taking shape.

So how can Akita Inu be the next Dogecoin?

So when comparing Akita Inu and Dogecoin, there is one factor that is very comparable, a factor that is truly the make it or break it element here; Community.

Looking at the basic foundations of Akita Inu has created and the amount of engagement within the community itself, there is no reason why the momentum can’t continue and even be a strong bull during a bearish market due to the long term affordability.

The mindset of the community is also important though, and will be something to keep an eye on. Is the community just hoping for quick profits? Or, does the community understand the long game, that they have an opportunity in years, not months or weeks.

Will they attract Dogecoin supporters with an attitude of rebellion to the financial institutions while also balancing and promoting a fun and playful environment?

Only time will tell how this project will evolve, but as of today, Akita Inu seems to be poised to make a name in the market for years to come. For those interested, check out the pinned messages in the Telegram group. There, you will find the roadmap and get up-to-date information about where this community will be growing.

Disclaimer: Do your own research related to the promoted company or any of its affiliates or services mentioned in the article. Coingape.com does not hold any responsibility for your damage or loss.

Facebook Twitter LinkedIn
Abhinav Agarwal
140 Articles
A blockchain enthusiast, my expertise extends to marketing and advertising through which I was able to help a few notable startups in generating initial traction. Follow me on Twitter at @abhinavagrwl94 and reach out to me at abhinav[at]coingape.com