Tim Cook, CEO of popular large tech company, Apple has shared his stance on tech companies launching their own digital currencies for public use. According to Cook, he is not in support of private organisations creating a digital currency, further going against the notion by confirming that money belongs to the government.

The Control Of Money Belongs To The Government, Not Private Organisations

According to Cook, money and defence are supposed to be controlled by the government and are not supposed to be under the control of private entities.

“I am not comfortable with the idea that a private group creates a competing currency. A private company does not have to seek to gain power in this way, “

He further said on the role of governments and private companies –

“It is at the heart of their mission. We elect our representatives to assume government responsibilities. Companies are not elected, they do not have to go for this,” he added.

While this statement may lead to an assumption that Apple might be interested in supporting crypto in some way, the company hasn’t taken any steps in that direction. Apple’s latest iPhone 11 doesn’t offer support for crypto, though its rival company Samsung launched a phone earlier with a blockchain wallet and support for 33 cryptocurrencies. At the time of the launch of the Apple Card, the company had made it quite clear that the card will not support functions like buying bitcoins and other cryptocurrencies.

With Tim Cook’s recent statements, the likeliness of Apple venturing into crypto dims even further.

Libra Takes Another Hit, Will It Make It To The Markets?

Facebook Libra has received severe criticism since its announcement. With his statements on private companies creating currencies, Tim Cook seems to have joined the group of critics opposing Libra.

Coingape recently reported that U.S. Senate House demanded that Facebook CEO Mark Zuckerberg testify before January 2020. On the progress from the Association, Libra has planned a meeting of the initial governing council members in October. However, reportedly, leading members are getting cold feet because of the regulatory oversight on the proposed plan. MasterCard, Visa, PayPal, and Stripe Inc. have started to show signs of backing out. The involvement of firms in the October meeting will be critical for the project 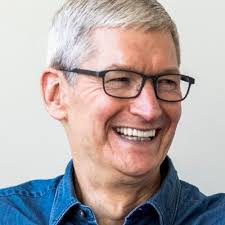 Article Name
Apple CEO, Tim Cook Goes Against Libra, Objects That Money Belongs To Govt.
Description
Tim Cook, CEO of popular large tech company, Apple has made his stance on tech companies establishing a digital currency known to the public. According to Cook, he is not in support of private organizations creating a digital currency, further going against the notion by confirming that money belongs to the government.
Author
Dare Shonubi
Publisher Name
Coingape
Publisher Logo