Bitcoin hit this month’s lowest still $6,151 which according to the experts mean it is all bottomed out. With altcoins and a majority of the crypto market in the green and making substantial gains along with dollar bulls being exhausted and emerging markets’ currencies’ taking a hike, the crypto market might also rise further.

After over a week of price dump, the crypto market is in the deep greens. The entire market is currently surging with substantial gains except for a very few. Bitcoin has been slowly making its upward ascend, having reached $6,430 at the time of writing. Today’s Bitcoin trading range has been $6,355 to $6,596 which is also constantly moving up. However, as altcoins also rose, it caused BTC dominance to slip a bit to 56.2%. 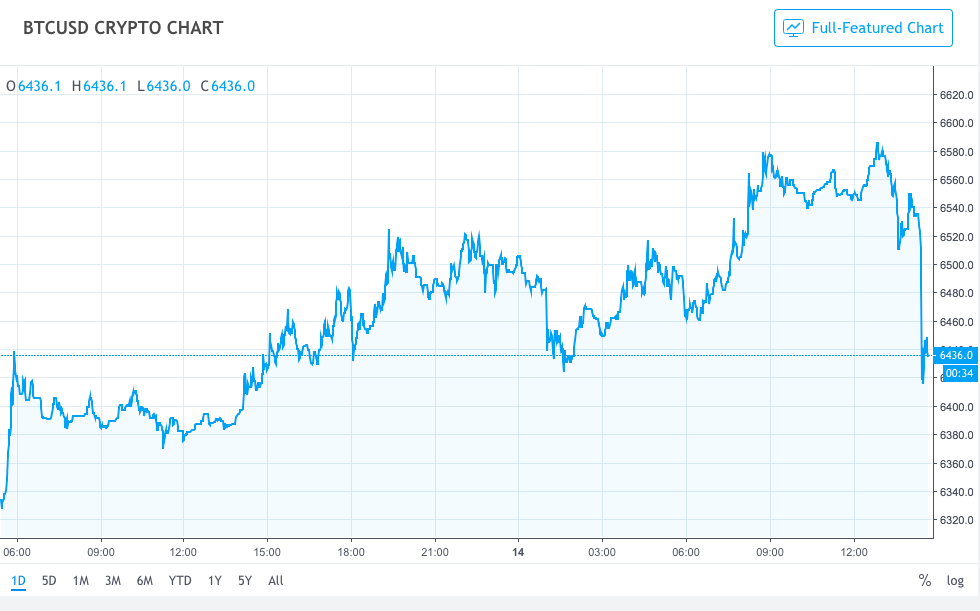 As Bitcoin is constantly rising, could it mean it is all bottomed out? If experts are to be believed, it looks like we are.

“I think we put in a low yesterday,” says Michael Novogratz, the founder of Galaxy Digital LP, a crypto-focused merchant bank calling out a bottom in the crypto market. In his Tweet he shared:

This is the BGCI chart…I think we put in a low yesterday. retouched the highs of late last year and the point of acceleration that led to the massive rally/bubble… markets like to retrace to the breakout..we retraced the whole of the bubble. #callingabottom pic.twitter.com/EasTBYgjSj

Received these Coinbase numbers from @BarrelProtocol yesterday. They suggest that we may have seen the bottom. Withdrawals seem to have bottomed https://t.co/5jI4oa2uKh inflows on the way up. It’s not a confirmation but certain a good sign. pic.twitter.com/qNqrBp0lk8

However, despite Morgan Stanley’s entry to the crypto market, not everyone is in favor of this as Jani Ziedins of CrackedMarket believes since we got another lower-high, “next lower-low is just around the corner”.

“The trend is most definitely lower. but each bounce is still a selling opportunity. The worst is still ahead of us,” wrote Ziedins.

Also, recently, Willy Woo, crypto analyst shared on Twitter: “Prep for it. Our most probable path is to break below 5800 support and some free fall. Whether we bounce for another oscillation or fall through here is TBD. The next support is 4900, which should slow the drop, but 4400 is the next real line of defence. Completes the 3rd cat.”

Crypto market makes a great recovery, are we going higher?

Majority of the market is making gains and not just of small amount but pretty substantial ones. A selected few coins are spiking 30 to 40 percent but numerous coins are surging over and about 10 percent.

Moreover, 2nd largest cryptocurrency Ethereum (ETH) that lost severely is yet again above $200. Also, market sentiments are heavily dependent on the Bitcoin price movement. As per the trend, long-term bears seem to be exhausted that brings an optimistic price momentum. If Bitcoin goes above $8,500 that has been July high, we could be long-term bullish.

Looks like, risk appetite of the investors might also be making an appearance that could go for the Bitcoin and cryptocurrencies that are considered risky assets. The reason could be the US and China trade war getting to the negotiable table, Dollar taking a hit and emerging markets’ currencies’ surging.

The Dollar dipped with the reduced trade tensions and weaker than the expected inflation data (0.2% instead of 0.3%) of US. Meanwhile, emerging currencies like the Mexican peso and South African rand registered gains, and confidence in Turkey’s lira restored as central bank hiked the policy rate. 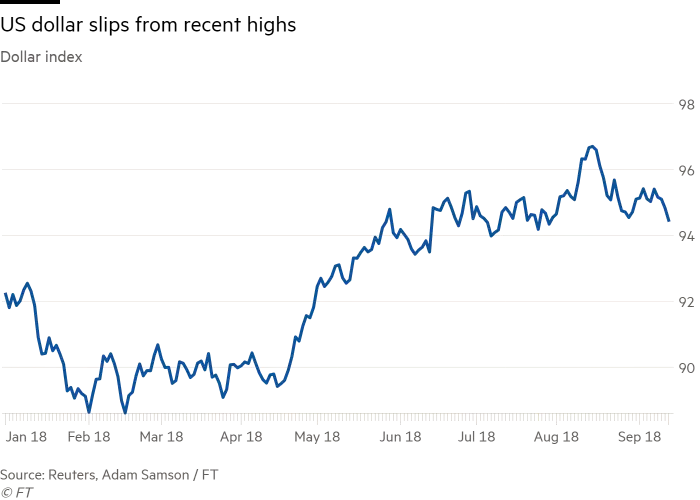 Also, MSCI Emerging Markets currency index also got a boost and just last month, Tom Lee has shared both markets are running in parallel to each other. For now, looks like we might be seeing more greens at least in the short term.

Kimchi Premium on the Rise Again, Can it Pull BTC Out of Consolidation ?

Norway Minister of Climate Holds Bitcoin; Says its “well-suited for store of value”

Kimchi Premium on the Rise Again, Can it Pull BTC Out of Consolidation ?
Bitcoin price is currently consolidating just above $57,000 with its…

Crypto India: NPCI Refuses to Ban Cryptocurrency Trades Via UPI
The National Payment Commission of India (NPCI) has refused to…
Sagar Saxena 215 Articles
Passionate about Blockchain and has been researching and writing about the Blockchain technology for over a year now. Also holds expertise in digital marketing. follow me on twitter at @sagar2803 or reach out to him at sagar[at]coingape.com
Follow Sagar @
Facebook Twitter LinkedIn Xing