While the crypto-community is eagerly waiting for ETF approval, many orthodox Commodity and Exchange Fund traders have expressed their disapproval for the ETF.

On February 13, 2019, the Securities Exchange Commission (SEC) invited comments from the traders on the proposal. While some traders reaffirmed their belief in the digital asset, the majority was still apprehensive of its utility and ‘intrinsic value.’

Dina, a US citizen expressed in her letter of intent that: “It is volatile, manipulated by the very few and has no real use case. I can see a lot of people getting hurt both financially and in other ways by you accepting this proposal. It is in my humble opinion that this proposal be rejected.”

Bitcoin is a peer-to-peer payment system that built on distributed consensus mechanism based on the Blockchain. Moreover, the value of the ‘token’ associated with it is presumably linked to its network and its capability as a store of value.

In a series of arguments against its ‘intrinsic value,’ Sam Ahn from Hana Trading USA Inc. noted that since Bitcoin hash value is only valuable when implemented on the Blockchain, the ‘hash’ value intrinsically does not hold any value. Therefore, as Bitcoin value is held by a combination of ‘hash value’ on a particular network, it is not a financial asset.

Gold’s price might not justify its luster in the future, nevertheless, it will continue to exist in the same manner. The Bitcoin ‘public ledger’ is also immutable. However, to transfer value validation from miners is quintessential.

Moreover, according to some traders that alone does not define the intrinsic value and the network capacity can change over time and that should not alter the characteristic features of the asset in question.

Sarah thourgh a public letter to the SEC, “I would like the committee to disapprove the proposed ETP. It has no value as a financial product let alone as a currency.”

The volatility debate on Bitcoin has diminished with time. However, the clouds of manipulation and FUD (Fear, Uncertainty, and Doubt) surround it eternally. The primary reason for associating with Bitcoin is currently based on its returns and not its transaction capabilities.

The optimism and belief around its success are also opposed by pessimism and arguments against its real-world adoption.

Avinash Shenoy cited the instances of evident manipulation in Bitcoin prices due to its non-regulatory structure and susceptible to manipulation due to comparatively low market capitalization.

Amongst many manipulation techniques applied to Bitcoins one of them includes:

Pump and Dump schemes organised through messaging apps such as Telegram are
ubiquitous and make the global manipulation of cryptocurrencies using both the
coordinated use of Bots and the speed at which news spreads on social media
possible.

While criticism was the theme of the letters, there were positive letters of intent too in favor of the ETF approval.

One such letter noted that:

“Regarding the argument of the SEC that has not yet approved an ETF because of manipulation and mainly appreciates the protection of investors is contradictory, because without an investment fund the investor is susceptible to buy bitcoins in deregulated exchanges and lose their investments (bitcoins), VanEck already offers insurance to cover possible losses and as such, the investor will show interest in investing in an ETF fund.”

The Big Question: Bitcoin ETF when?

The ETF approval seems to be stuck eternally. A piece of new news regarding the sentiments around ETF is released every day. However, a definitive decision from the SEC is pending forever.

The SEC will surely review these letters and take them into account in their decision. Moreover, the rising popularity and institutional support to Bitcoin also warrant some action from the regulator of the largest economy in the world.

The ‘wait and watch’ approach from the SEC on ETF approval can also be extended to the ‘securitization’ of cryptocurrency. 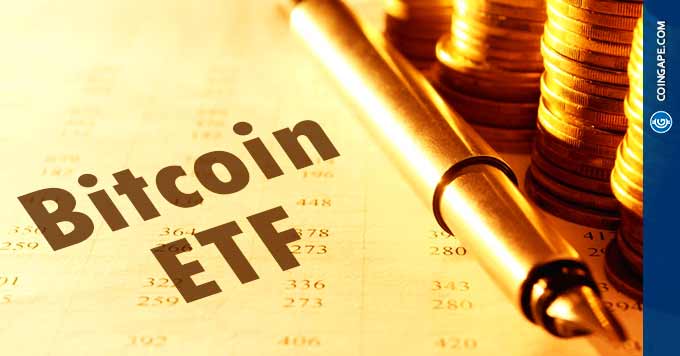 Article Name
Bitcoin ETF In 'Wait and Watch' Mode As SEC Receives Rife Criticism Against It
Description
While the crypto-community is eagerly waiting for ETF approval, many orthodox Commodity and Exchange Fund traders have expressed their disapproval for the ETF.
Author
Nivesh Rustgi
Publisher Name
CoinGape
Publisher Logo