Its been 10 years since Bitcoin’s genesis block was mined and the first transaction on Bitcoin’s blockchain was completed. In this past decade, Bitcoin has matured from just being a cryptocurrency or a store of value to a full-fledged platform with multiple features, according to a tweet put forward by Tuur Demeester.

Bitcoin is becoming a protocol stack with many features feels Demeester

While there has been a lot of debate on Bitcoin’s features, use case and its comparison to several altcoins, Tuur Demeester, founding partner at Adamant Capital, in his recent tweet has put forward that Bitcoin is slowly becoming a platform which has multiple features beyond being a currency and store of value.

It is an interesting thought like the majority of mainstream attention has focused on Bitcoin as a currency and how it can challenge the current monetary system. If one clears the air and looks at a wider picture Bitcoin may have a much interesting future as a protocol than just a currency. At the core of it, Bitcoin and its blockchain are after all digital ledger that is continually updated and synchronized in real time.

Any participant that uses this blockchain can make an entry in the ledger and record transactions In this way, Bitcoin provides an unalterable framework for Proof of Ownership that can be used not only as currency, but also in a range of interesting applications like voting, property, contracts, domains, and securities.

These transactions could be confidential, will be executed on the low trust of centralized authorities and could be processed in high volumes in a shorter time.

Demeester further states in the following tweets that with innovation and invention of sidechains, Bitcoin as a platform can now possess capabilities of smart contracts / programmable money, something that could be very similar to any other platform such as Ethereum or Tron.

While Bitcoin’s capabilities are yet to be tested at the fullest as a platform, the innovation around it is definitely making Bitcoin a better platform as well. The ultimate aim for Bitcoin is to find acceptability among common people and one can easily see bitcoin gaining more foothold by utilizing its “platform features” along with its “money” features.

How do you prefer Bitcoin- as a platform or as a store of value? Do let us know your views on the same. 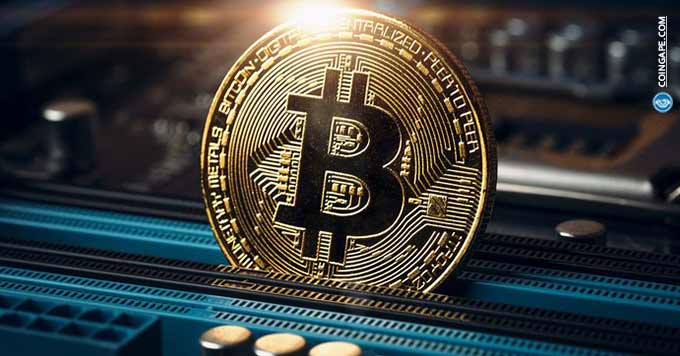 Article Name
Bitcoin Growing As A Platform and Has Many Features Beyond Store of Value Says Tuur Demeester
Description
Its been 10 years since Bitcoin’s genesis block was mined and the first transaction on Bitcoin’s blockchain was completed. In this past decade, Bitcoin has matured from just being a cryptocurrency or a store of value to a full-fledged platform with multiple features, according to a tweet put forward by Tuur Demeester.
Author
Nilesh Maurya
Publisher Name
Coingape
Publisher Logo