The European Central Bank’s former president Jean-Claude Trichet, who also served as France’s finance minister, has once again come forward to critic Bitcoin’s features as a possible alternative to money. Not withstanding, Jean believes that cryptocurrencies do not hold the properties to be used as a global currency in the future.

“Bitcoin is not a real currency”

According to a post on SCMP, the former central bank executive spoke during the 10th annual Caixin’s conference in Beijing on Nov. 10 condemning the use of Bitcoin as currency. He joins a list of central bank presidents and traditional finance moguls to denounce BTC’s volatility and non-regulation as a cause for worry in the industry.

“I am strongly against bitcoin, and I think we are a little complacent,” Trichet said during a panel discussion at Caixin’s 10th annual conference on Sunday in Beijing. “The [crypto]currency itself is not real, with the characteristics that a currency must have.”

Furthermore, the extensive use of crypto as a speculation asset today does not sit right with Jean who believes it is ‘unhealthy for the industry’. He said,

“Even if [the cryptocurrency] is supposed to be based on underlying assets, I am observing a lot of speculation. It is not healthy.”

However, the number of banks across the world have shown increasing interest in blockchain and cryptocurrencies in the past year.

A conflicting view from the legacy financial industry

The threatening nature of Bitcoin to central banks is usually a cause to worry for the high and mighty in the legacy financial industry. However, a number of central banks around the world have started developing their own cryptocurrencies including Jean’s former employer, the European Central Bank. Other sovereign banks looking to launch their own cryptocurrencies include the Federal Reserve, People’s Bank of China (PBoC) and The Venezuelan government’s, Petro.

BREAKING: A European digital currency might be announced in the next few months.

It's progress is already be worked on.

Within a decade, governments, banks and corporations went from laughing at the idea of bitcoin to trying to imitate it.

A recent study by Chainalysis on 350 financial professionals showed that nearly 50% of them have the confidence in BTC experiencing higher growth than the S&P 500 index in 2020. 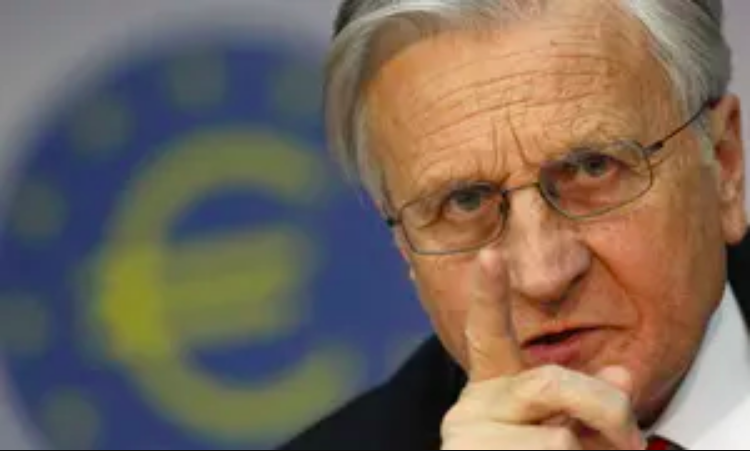 Article Name
Bitcoin is not a Real Currency, Says Former ECB President
Description
The European Central Bank’s former president Jean-Claude Trichet, who also served as France’s finance minister, has once again come forward to critic Bitcoin’s features as a possible alternative to money. Notwithstanding, Jean believes that cryptocurrencies do not hold the properties to be used as a global currency in the future.
Author
Lujan Odera
Publisher Name
Coingape
Publisher Logo