Despite the Chinese authorities cracking down hard on cryptos, exchanges and even social media channels, according to the latest research, Bitcoin and cryptocurrencies are still part of the investment portfolio of the “new middle class” of the country. Meanwhile, traders ad exchanges are finding ways to bypass the ban imposed by the government.

According to the latest research, China’s new middle class is still keen on Bitcoin and cryptocurrencies despite country’s crackdown on the crypto market.

The paper “2018 White Paper on the New Middle Class” is published by university professor and financial writer, Wu Xiaobo and his team with the purpose to examine the middle-class of the China and their investment, family, career, value, and purchasing profiles.

The report has been based on the survey of about 100,000 individuals and further involves 1 million pieces of data that have been gathered from other sources. The “new middle class” have been defined through eight criteria that range from income to aesthetic standards.

However, this is the first time the annual report includes Bitcoin among other cryptocurrencies as an investment option. According to the research, less than 10 percent of the new middle class of China is investing in crypto options. 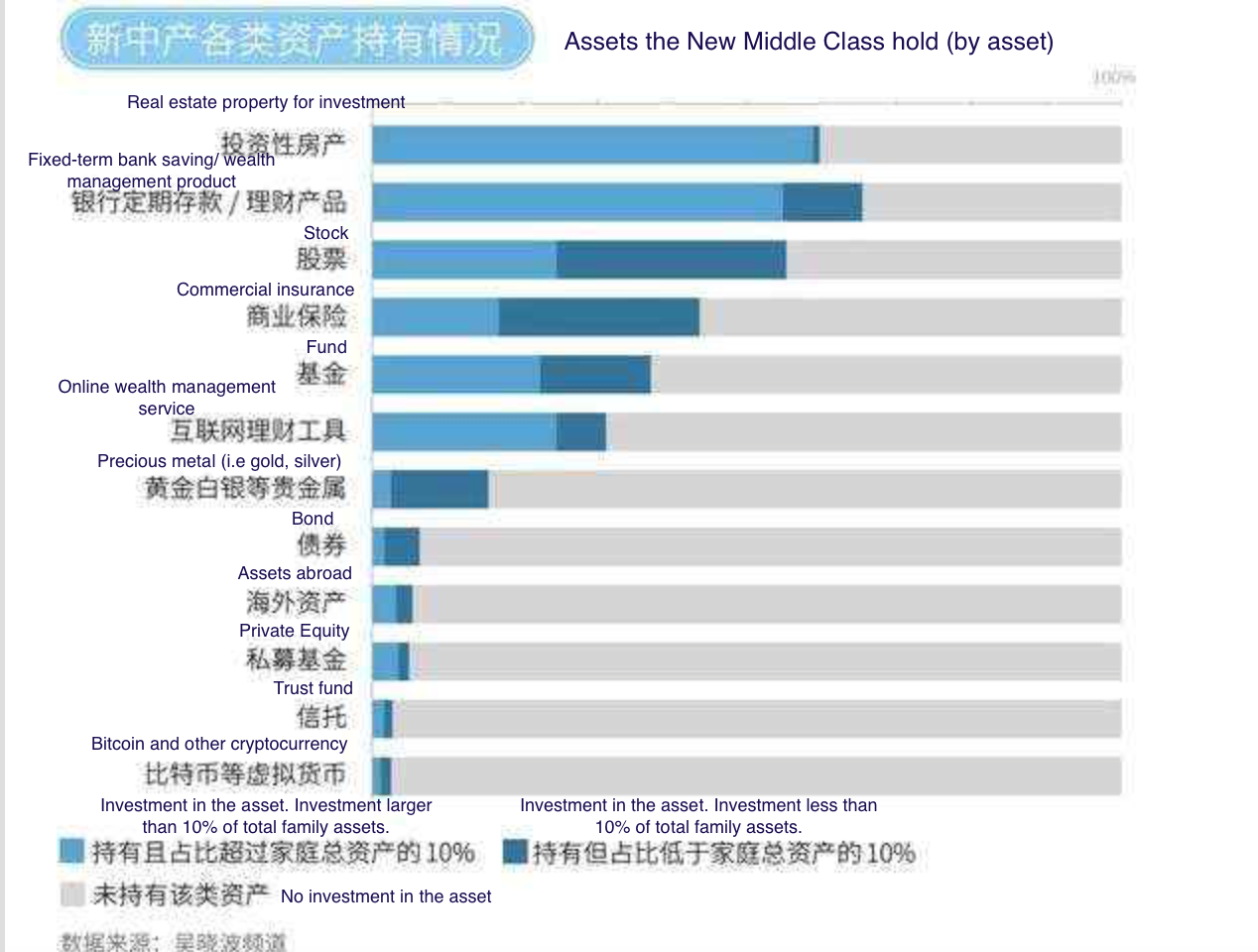 Another testament to low investment in cryptocurrency is the risk-averse nature of the Chinese Middle class. As per the survey, only 9.2 percent of the individuals responded with accepting an investment loss of more than 15 percent.

In another instance, just late last month, a local newspaper, the Shanghai Securities Times reported that the authorities are blocking access to not only illegally operating exchanges but also over 100 of offshore exchanges that are providing exchange services to Chinese citizens.

However, despite the ban on crypto, the traders have found ways to circumvent those restrictions. The offshore exchanges have moved their servers out of China along with changing their domain names.

Government’s anti-crypto actions have surely stricken the Chinese trading as the volume dropped 33 percent. But, traders are still finding ways to circumvent the ban such as indulging in peer-to-peer trading.

Though China has taken a strict approach, it seems unlikely that the government will be able to completely eradicate crypto from the country. Moreover, as the countries around the world move to cryptos, especially those going through crises, even Chinese are considering cryptocurrencies as wealth protection option.