Bitcoin price broke past the key resistance of $35,000 to record a new weekly high of $36,425. The price rose over 6% over the last 24-hours after another bearish weekend dominated by short-sellers. The top cryptocurrency failed to break $35K last week after a rebound from sub $30k levels. 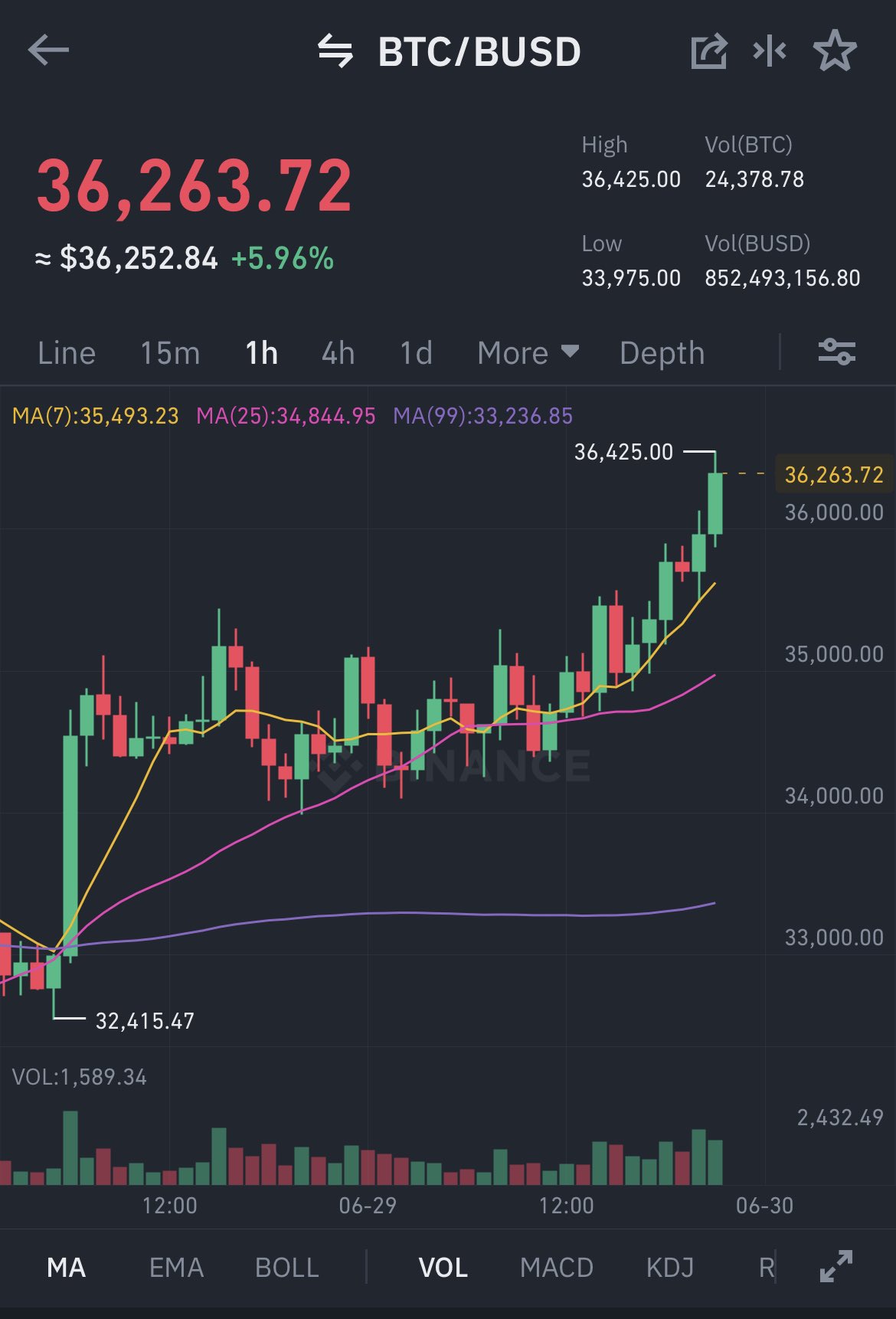 The weekend saw a massive surge in short positions on Bitfinex estimated to be over a billion dollars, with one whale in particular borrowing 15K BTC to open a large short position. The shorts failed again as the start of the new week added with a new stream of institutional purchases led to the majority of shorts getting liquidated. The overall sentiment of the market has turned bullish as traders are more willing to open a long position than a short one.

Bitcoin is currently breaking out of the long-held price range of $30k – $35k and looks set to retest $40k soon if it manages to get past the 200 EMA resistance on a 4-hour time frame.

The number of unique addresses holding bitcoin as well as those addresses which have at least two transactions without any expenditure has also reached a new high.

Number of Accumulation Addresses (addresses that have received at least two txs but have never spent) continues to trend up, with another leg over the last two weeks.

This resembles nothing of the blow-off top and then sideways trend that took place in 2013 and 2017. pic.twitter.com/mslAk86PI3

Along with Bitcoin a majority of altcoins also registered a bullish burst recording new weekly highs in what many called a market trend reversal. As the crypto market traded in the green, more bullish news came from institutions as several financial giants today announced new crypto ventures and partnerships.