Bitcoin [BTC] price is witnessing considerable moves on short-term periods. However, neither the bears nor the bulls have been able to strike a huge blow.

As reported yesterday on CoinGape, a panel of mainstream financial reporters have begun supporting the ‘safe have’ argument for Bitcoin. Furthermore, last night, in another update on the price, a market technician predicts $12,000.

Crypto-twitter plans to ‘sell the news’ following both the updates.

Prominent derivates and crypto trader, XC’s thoughts on the update were,

Pack it up guys, it’s Over.

The optimism around the price has been increasing considerably over the past couple of weeks.

The funding rate on BitMEX has been over 0.1% (daily) since 6th February as the price neared $10,000. The highest price reached for the bullish action was around $10,500. The bears have been able to hold the surge as the week comes close to an end.

The funding rate on Okex has been positive for the most part of his month as well.

However, on Huobi, elite traders seems to be adding to their short positions since the beginning of this month.

The Open Interest (OI) on these exchanges continue to be massive, it has been over $1 billion on BitMEX for quite sometime. 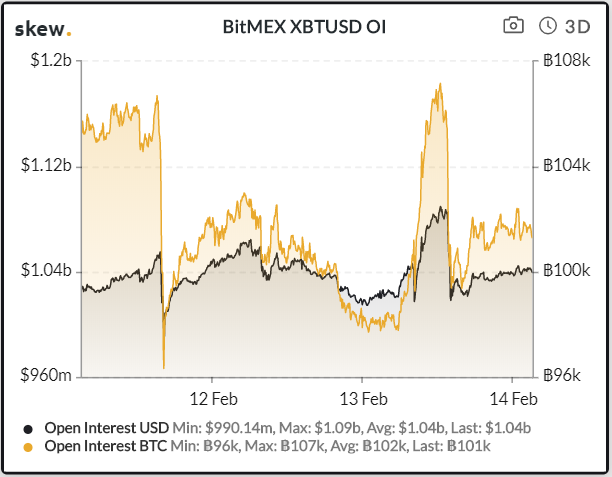 Moreover, the OI on Okex and Huobi are also on the rise; currently, at yearly high levels. The massive liquidity on the long side increases the probability of a dump profoundly.

Nevertheless, leading on-chain analyst Willy Woo has recently noted that while on-chain is slightly bearish, the futures market seems to be on cocaine at the moment. The futures bulls might out-run the selling attempts if it continues to hold bullish support around $10,000.

Do you think a top is in or there is more fuel to this run in the short-term? Please share your views with us.