Bitcoin price is maintaining somewhat of a stability as it tests key support at $6,000 while BTC dominance is exploding as it hits year’s high at 57.8%. However, altcoins are going down fast while Ethereum co-founder Joseph Lubin shares growth just getting started.

The world’s leading cryptocurrency is still feeling the red, however, the price is maintaining some semblance of stability. At the time of writing, Bitcoin has been exchanging hands at $6,260. With a market cap of over $108.8 billion, it is managing the daily trading volume of $3.8 billion. Today’s price range has been between $6,218 and $6,307.

Though it is trying to stabilize, Bitcoin price is still consolidating as shown in the one month chart below. 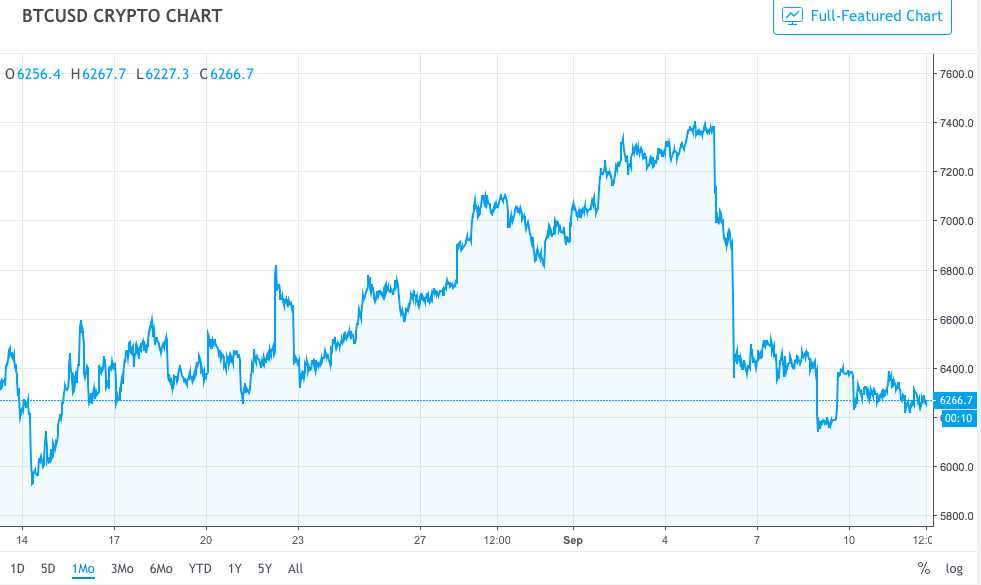 There is a possibility Bitcoin could further stumble down and test the wedge bottom. Meanwhile, BTC dominance is skyrocketing having reached the year’s highest at 57.8%. Actually, last time, Bitcoin Dominance has been this much was in early May last year. 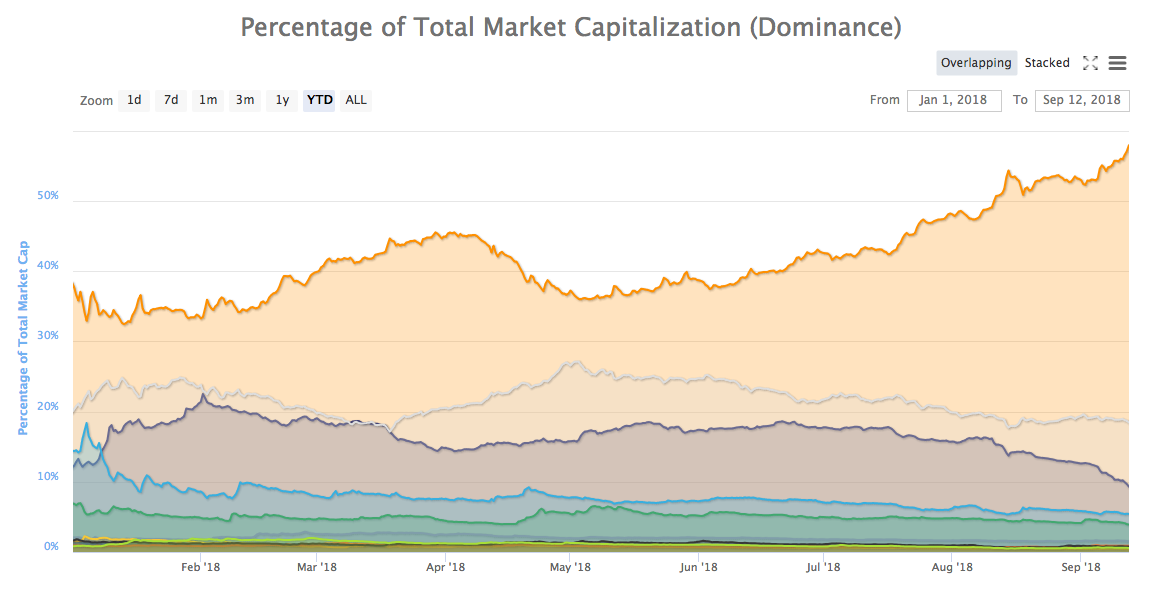 If we take a look at the top altcoins, everyone is in the deep red as shown here in the below chart: 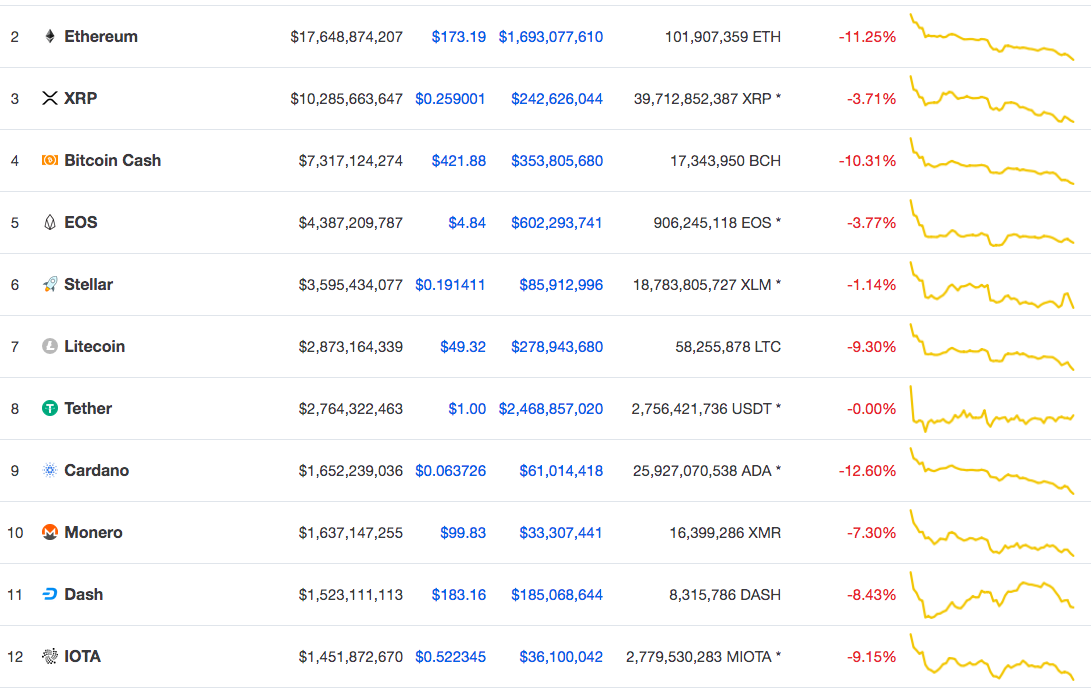 Whereas, all the other cryptocurrencies are plunging hard as much as over 15% with the heaviest loss bearers being Nebulas (NAS), Nano, Gas, FunFair, and Waltonchain (WTC).

On one side the market is plunging, on the other side Ethereum co-founder Vitalik Buterin’s comments of growth hitting the ceiling shook and created a lot of uproar among the crypto market.

Though he did clarify later that with no room for growth, he meant prices have no room to increase 1000x, it still has experts and big names from the market speaking out.

In our previous article, we shared how Binance CEO Changpeng Zhao and Tron (TRX) co-founder Justin Sun disagrees with Vitalik despite his clarification.

Now, Ethereum co-founder Joseph Lubin has come out and is stating that the growth has a long way to go:

“Vitalik is brilliant, but I would have to disagree with him on that. This is a technology that’s going to impact how economic, social, and political systems are built over the next few decades. So we’re really just at the start of this. There will be so much evolution.

The technology is still fairly immature. But there’s going to be so much evolution in this space and everything that’s an asset right now is probably going to have representation as a crypto asset at some point in the future. So there’s just so much growth ahead.”

Well, the crypto market is still has a long way ahead of it not only in terms of technology, development, and growth but also the price which hits a new high every year.