Bitcoin is crashing but so are the stock markets, Emerging Market Index, oil, and national currencies like Indian Rupee and Indonesian Rupiah among Lira, Peso, and Bolivar. According to an expert, it is a normal cycle and it’ll take time for the crypto market to show it’s full potential.

Bitcoin is crashing, So what?

Bitcoin has been tripping and falling constantly as it drops down from yesterday’s high of $7,383 to today’s lowest of $6,300. The entire crypto market is crashing hard, falling in the range of 6 to 16 percentage.

US Dollar keeps on strengthening against other currencies but most prominently against the cryptos. If we take a look at mainstream markets, there are lots of downsides there as well.

All the major indices poised to open lower this morning as crude falls and #bitcoin futures drop below $7K pic.twitter.com/SzdCGscuEP

The S&P 500 Index, is a market-capitalization-weighted index of the largest 500 US publicly traded companies as per market value that is also one of the most common benchmarks for the US equity markets. It has gone down in the last 5 days as shown in the chart below: 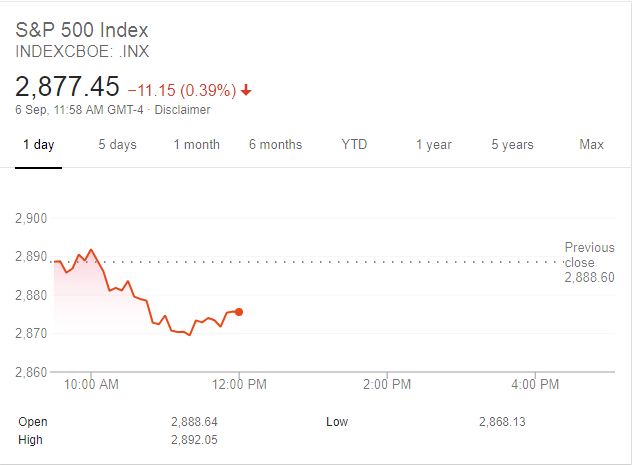 As for crude oil, it also lost its energy only to find a little stability today: 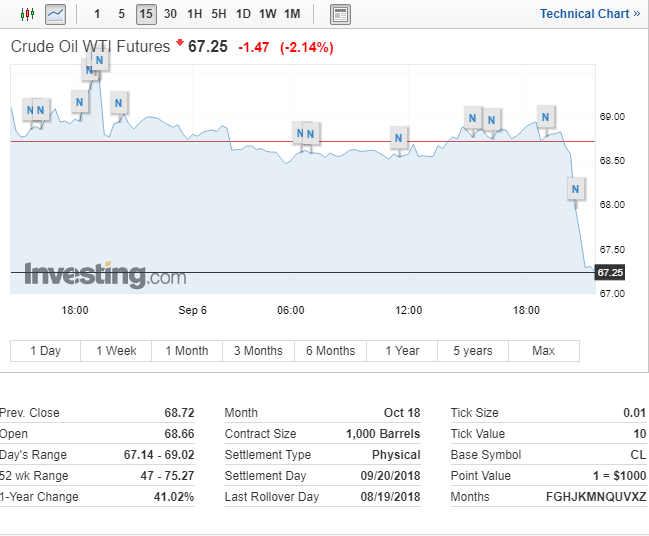 The MSCI Emerging Market Index has dropped for the seventh day, further extending its decline. A bear market is residing here as well which is now trading on its lowest price-to-earnings ratio since 2016.

Shifting the focus to national currencies, Turkey’s Lira, Argentina’s Peso, and Venezuela’s Bolivar have been already down for a long time now. However, new names have been added to this list.

Today, Indian Rupee breached 72 level for the first time, continuing its losing streak against US Dollar for the seventh consecutive session. However, Arun Jaitley, the finance minister emphasized: “It has not weakened…the rupee is better-off,” against currencies like euro and British pound. 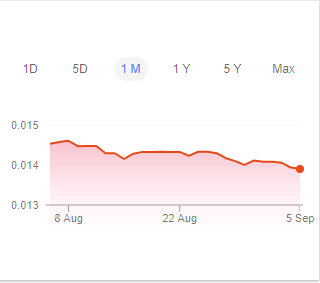 Indonesia’s Rupiah is also not doing well as it drops down to about 15,000 rupiah against USD. Apparently, external factors like trade tensions and global economic downturn are fueling the drop in the value of other nations’ currencies. 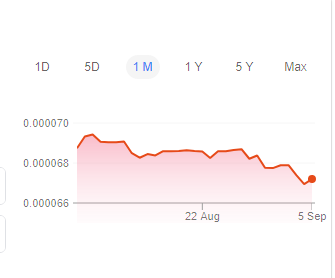 As quoted by Forbes, Vikram Joshi of pulsd stated:

“Inflation and deflation of a bubble do not mean that an industry is not worthy. People get super excited only because they see huge potential in a product or service. In this inflation-deflation cycle, we shouldn’t be surprised to see some dead potatoes. Cryptocurrency and blockchain have immense potential and we shall see it in coming years. It just takes time, as all the good things in life do.”

Good thing we’re all here for the tech, otherwise the bear market might start having a negative effect on our mood.

Though it is in no way an investment advice, while the market is down, it’ll go up as well as is the way of the things, so make sure you are buying the dip!