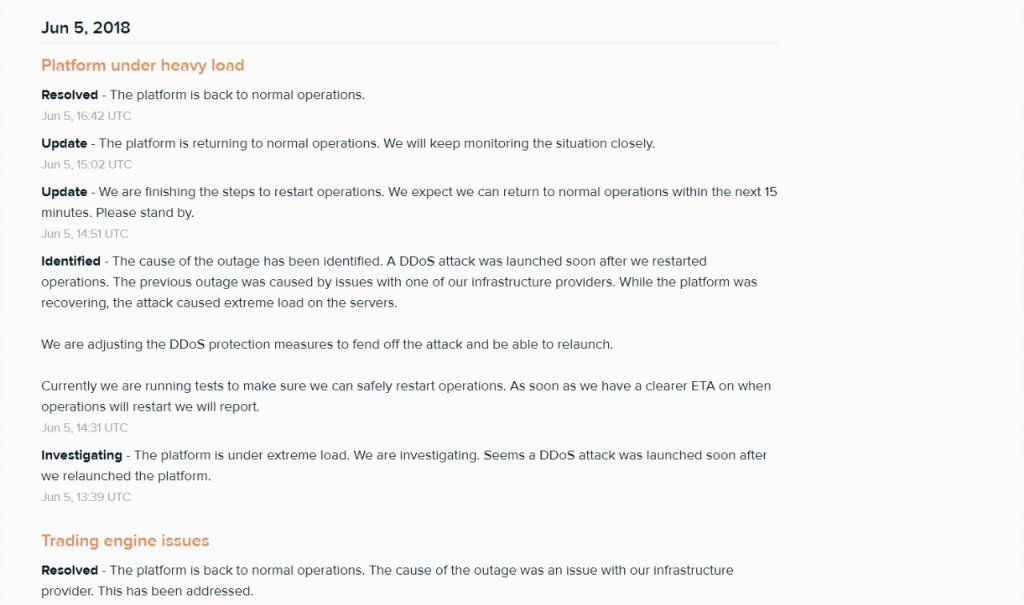 Article Name
Bitfinex halts after it experiences cyber-attacks.
Description
Cyber attacks on Exchanges have been on the rise since cryptocurrencies have soared in value and volume. There is always an attempt to steal or manipulate these nascent valuable assets. Bitfinex which has previously been under similar attacks in past, experienced one today bring the exchange operations to a halt.
Author
NILESH MAURYA
Publisher Name
COINGAPE
Publisher Logo