BitMarket, second largest Polish cryptocurrency exchange at the early hours of Tuesday made known via their website that the platform was no longer in operation, citing “loss of liquidity” as a major reason.

“Dear Users, we regret to inform you that due to the loss of liquidity, since 08/07/2019, Bitmarket.pl/net was forced to cease its operations. We will inform you about further steps.”

The Poland-based cryptocurrency exchange, BitMarket, according to statistics on Coinmarket Cap prior to the closure announcement had been seen operating on an unimpressively less than a million USD daily trade volumes. This confirmed however that the exchange had indeed been facing “loss of liquidity” recently.

The “loss of liquidity” by BitMarket seems to be a confirmed truth but whether the customers will be able to withdraw their funds or not remains unknown at the moment. In fact, according to BitMarket’s official announcement of the event, the only information yet available to investors is an unknown “next step” which is expected to come in after this official announcement.

A Reddit user known as OdoBanks claimed that there were several “red flags” in the last couple of weeks with BitMarket, some of which include users being “forced” to change their passwords without reason, users’API keys were changed and some users’ withdrawals attempts were also stopped on the premise of additional know-your-customer (KYC) requirements, among other circumstances. 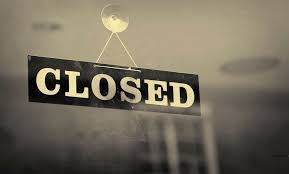