It seems the worst is over for Bitcoin (BTC) in 2019 as indicators show signals of a possible bullish trend at the close of the decade. An inverted head and shoulders pattern is forming on the 4H timeframe charts with the price bouncing off the neckline for the past few candles. A completion of the pattern – breaking above resistance at $7,900 USD – may signal a possible run back up above $10, 000.

The price of BTC is back up above $7,500 following a shock drop to sub-$7,000 levels in the past fortnight as the market flooded with negative news. The short spike to $7,542 USD saw the price break above the head and shoulders pattern neckline at $7,520 on November 28th as bulls struggle to take charge of the market.

Scott Melker, a crypto trader at Tx West Capital, tweeted on the price retest at the neckline, seeing huge volumes transacted during the period.

I don’t usually post phone charts but… that retest of resistance as support and the neckline of the inverse head and shoulders was astounding. Caught more orders there. $BTC pic.twitter.com/2UsyhhraiH

The spike in volume is a strong bullish signal and may see the price soar above the $10K mark in the coming weeks if bulls push the price above $7,902 resistance level. 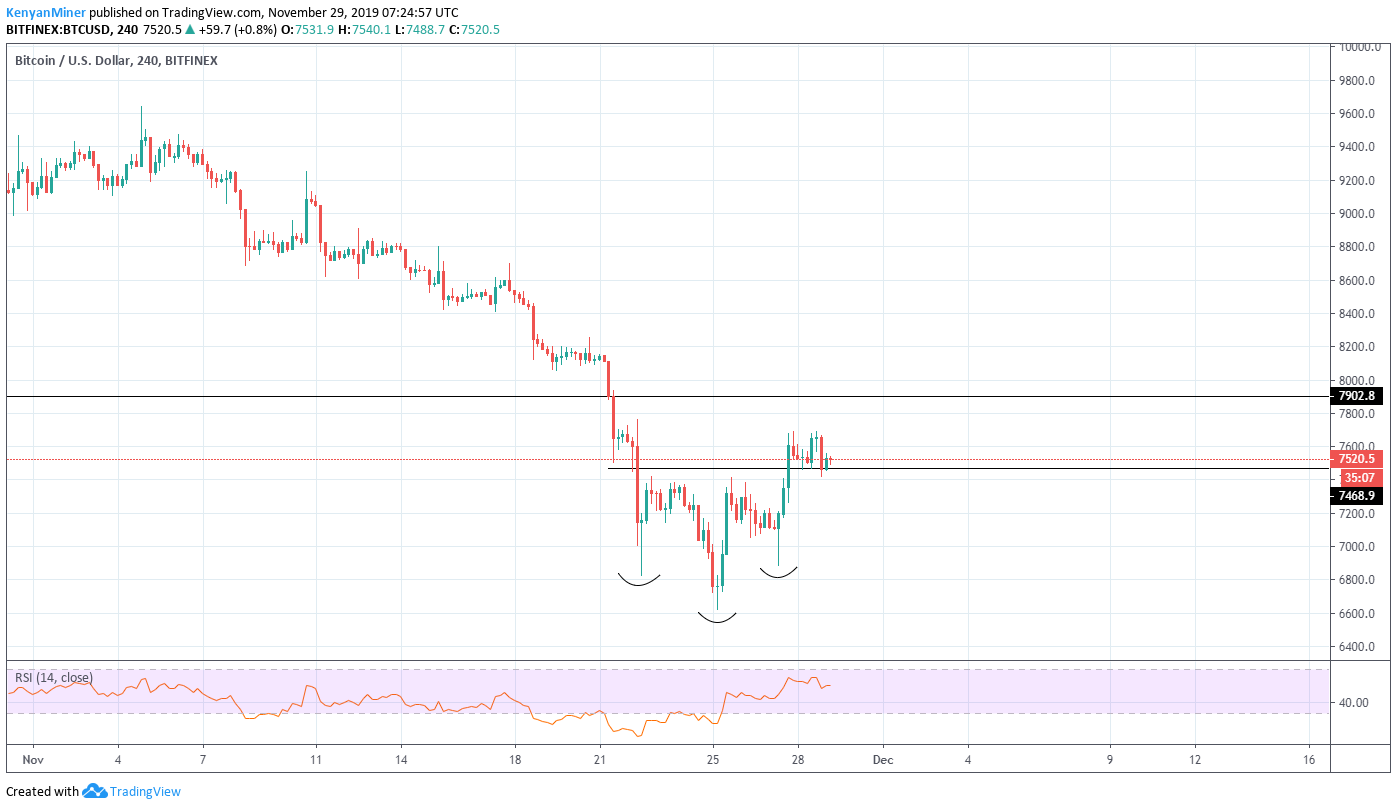 The relative strength index oscillates around the middle band rising towards overbought levels. If the RSI moves towards the overbought levels, bulls may fall into a trap as they get exhausted and volumes reduce.

While the inverse head and shoulders pattern signals an upcoming uptrend, failure to complete the pattern – failure to break resistance at $7,900 level – may trigger bears into taking over the market. Zooming out to daily charts, the price of BTC remains deeply entrenched in the bearish channel starting in June, despite testing resistance a couple of times. 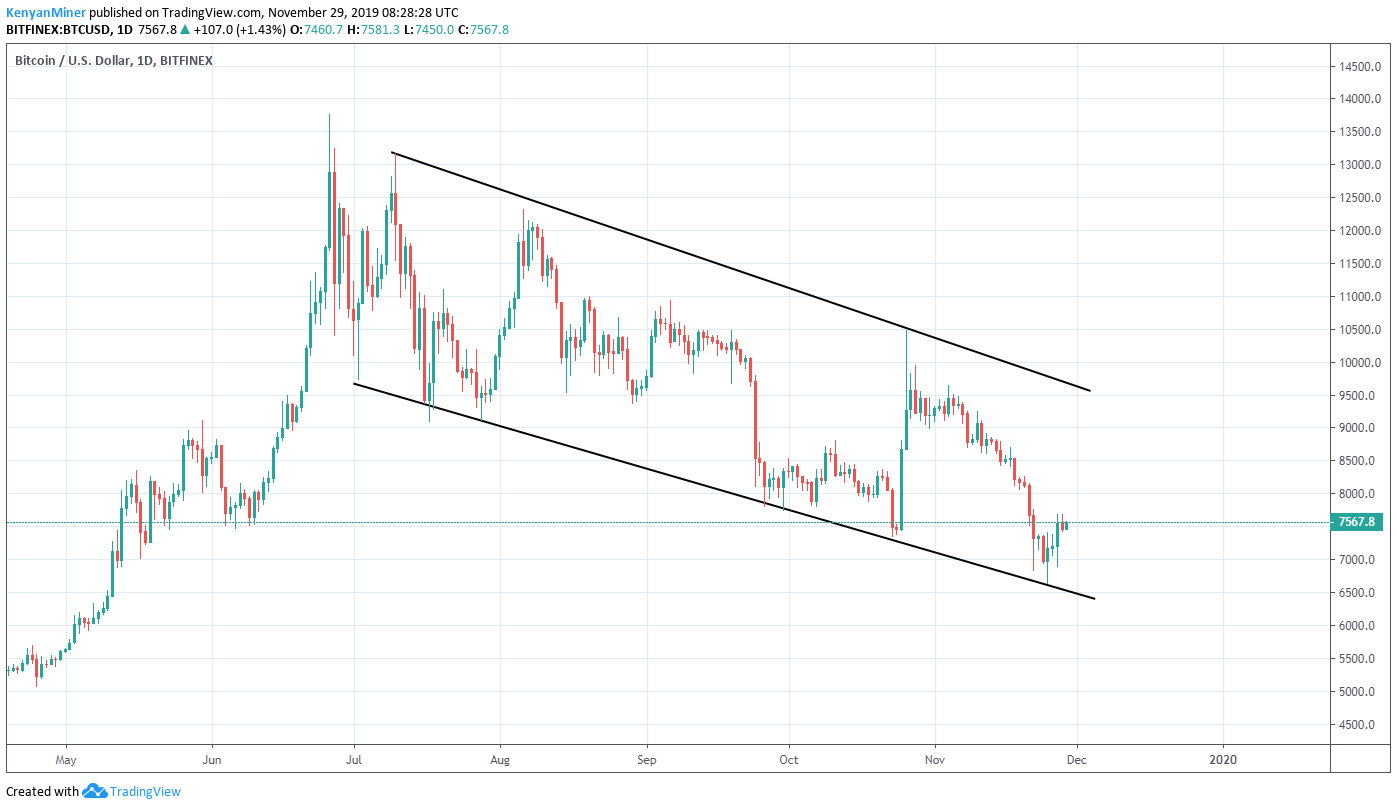 According to Coingape analyst, the price of BTC is set to drop below the $7,000 level as bulls struggle to push up the price towards the resistance level of the bearish channel.