Earlier Coingape reported Binance exchange’s move of adding ADA with pairs of PAX and USDC on March 27, 2019. As on today, the March 27, Binancians can begin trading of ADA with Paxos Standard Token (PAX) and USDC Coin (USDC) holdings.

As soon as the ADA new trading pairs get onboard on Binance, ADA price took a new rise. At press time, the value of ADA is up with 10.29% within a couple of hours. Specifically, the coin sits with a green signal as the 10th largest cryptocurrency with average trading volume $1,730,010,713.

It’s also worth to important that the other leading cryptocurrencies are performing quite favorable today. Specifically, EOS with 11.58% gain, Bitcoin Cash with 6.89% and Cardano with 10.29% gain stood out higher.

Beside Binance’s new trading pair support, few speculate that the sharp rise in ADA is also connecting to the upcoming Cardano (ADA) Ledger devices. To make it clear, Ledger has recently announced a new app called ‘Ledger Nano S device’ which many speculates that ADA will be integrated to the Ledger Nano S. Moreover, it seems quite definite after Cardano CEO Charles Hoskinson posted the picture of Ledger wallet with ADA logo. 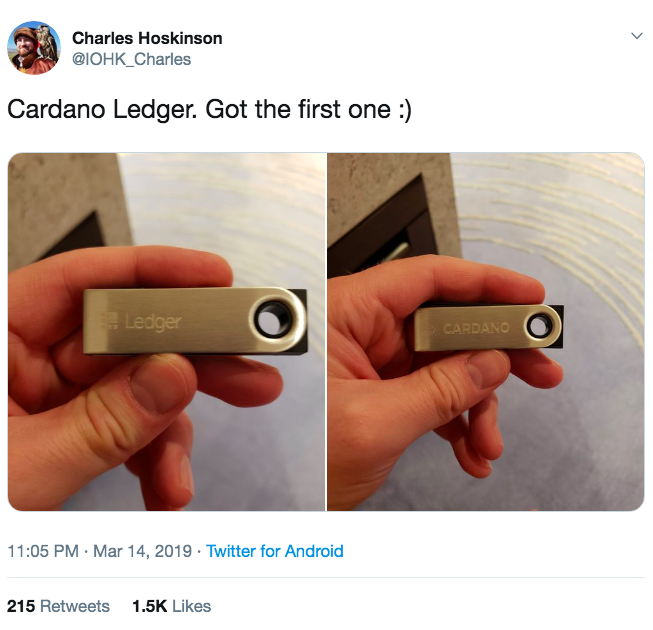 Nevertheless, Ledger official reports read that the new app is the most requested apps for the Ledger Nano S.

Coming Soon: One of the most requested apps for the Ledger Nano S. pic.twitter.com/wfWmEnNp34

So as for now, Ledger Nano S with Cardano is still an unconfirmed report which is closer to be more accurate due to CEO’s tweet on March 14. The bullish sign of ADA makes it the second highest gainer in the market, followed by EOS cryptocurrency which stands as the 4th largest cryptocurrency with 11% gain during 24 hours.

So readers, what is your opinion on ADA’s latest growth? What do you see the reason behind surging volume? share your opinion with us.