While being down 97 percent from its peak, Cardano (ADA) is currently focused on the development phase as its creator Charles Hoskinson announced December 18 as the date for the release of Cardano 1.4 along with changes in the Foundation council in order to strengthen it.

Cardano (ADA) is one of the highest bearers of losses, having lost more than 97 percent from its all-time high (ATH). In a month only, ADA price has lost over 55 percent of its value as it currently trades at $0.0279 with 24 hours loss of 4.17 percent while managing the daily trading volume $10 million.

At one side, the price is tanking while on the other side, Cardano development is progressing as its founder Charles Hoskinson announces the launch of latest version of Cardano in his Tweet,

“After seven release candidates and a huge amount of QA work, I’m pleased to announce that our best effort release date for Cardano 1.4 is December 18th. Daedalus users will get an in-client update notification next week. Thanks everyone for your patience and support.”

This has the Cardano community elated as one enthusiast comments, “Cardano users will understand this is slow process to try and perfect the end product many years down the line. Great work. Keep it up.” While another one compliments, “Quality takes time..”

Hoskinson further clarified about “Nano Ledger support still on the table for December,” as asked by one enthusiast,

“The issue is on ledger’s side not ours. We are working with Emurgo and Vacuum labs to clean up the CF mess here and will make a dedicated statement after 1.4 ships.”

“1.4 is almost out, testnet has been released, rust cardano is making epic progress, the haskell rewrite is underway, plutusfest in a few days, Emurgo is growing and the Foundation will soon re-awaken from its long slumber. Cardano’s future is looking very bright!”

Apart from the new version, Cardano Foundation is also working on strengthening the “Foundation Council with three proven experts from the Cardano ecosystem.”

Hoskinson has big expectations for both Cardano and Cardano Foundation as he states,

“The Cardano Foundation is going to be a powerhouse moving into 2019.”

In its official announcement, Cardano Foundation shares that in order to strengthen the Council, three new members have been elected viz. Nathan Kaiser as the General Counsel of IOHK, Manmeet Singh as the CIO of Emurgo, and Domino Burki, the Managing Partner of Du Lac Capital Ltd.

On this development, Pascal Schmid, a member of the council who acted as interim Chairman after Michael Parsons’ resignation has this to say,

“I am delighted that we have been able to add three proven experts to the Board of Trustees in such a short time. This means that the Cardano Foundation is now back on solid ground and can fully dedicate itself to the upcoming tasks within the framework of the foundation’s purpose.”

Cardano enthusiasts have many good things to say for the development as one commented, “Foundation has finally elected an exceptional board.” 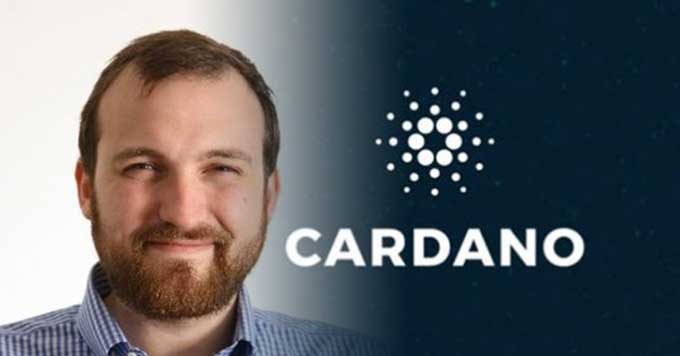 Article Name
“Cardano Foundation Going to be a Powerhouse in 2019” Says Founder on Releasing Cardano 1.4
Description
While being down 97 percent from its peak, Cardano (ADA) is currently focused on the development phase as its creator Charles Hoskinson announced December 18 as the date for the release of Cardano 1.4 along with changes in the Foundation council in order to strengthen it.
Author
Anjali Tyagi
Publisher Name
Coingape
Publisher Logo