As Bitcoin takes a dip along with the hash rate, there have been reports of Bitcoin miners shutting down. Though, it has also surfaced that it is a standard procedure of upgradation in Chinese miner market, local media source reports of suspension of mining devices contracts and shut down of about 20,000 mining rigs.

A Standard Upgradation Procedure or Driven by BTC Price Crash?

Bitcoin prices have taken a dump falling from about $6,400 to $4,430 in a matter of week. The entire crypto market is seeing the effect with the total market cap falling below $150 billion. At the time of writing, Bitcoin has been trading at $4,553 with 24-hours gains of 1.20 percent.

We reported how the crash in Bitcoin prices and the fall in Bitcoin hash rate have driven the miners out of the market as the profitability of miners take a hit.

The Tweet by cnLedger that covers Chinese crypto news shared the information of “tens of thousands of Bitcoin miners shutting down” provided by the owner of China’s one of the oldest miner, F2Pool.

However, according to the latest reports by an Asian crypto media channel that got in touch with the local source, Hu Jie of Si Hua Mining shared that though the pictures are likely to be real, the reason for the same is actually exaggerated.

Apparently, the mining machines are older models that are following a standard practice of upgradation in China. Moreover, it shares, “the machines were obsolete and the plan was to upgrade them all along. It is definitely not because of the recent crashes in bitcoin price causing the mining industry in China to go belly up.”

Lao Ge of Evolution Capital has also been contacted that has been quoted as saying that “mining rigs update every 6 months or so, old ones get eliminated.” A number of ASIC machines are still operating in the green and it’s natural to get rid of the obsolete models.

However, China’s local media source, South China Morning Post shares that according to the latest estimates of F2Pool, mining has become unprofitable for individuals and enterprises to run at least four machines, “if they consume power at a rate of 0.4 yuan (6 US cents) per kilowatt-hour (kWh).” Moreover, models like Antminer S7, Antminer S9, and AvalonMiner 741 have become expensive to operate under the current market condition.

It further reported of Hong Kong-based mining platform, Sanlitun that allows users to mine BTC on a contract basis, suspended all contracts of Bitmain’s Antminer T9 as it was unable to cover electricity and management fees “for a 10-day period from November 7.”

The local media channel got in touch with a group of Chinese crypto miners, unnamed for “fear of government reprisal,” that said they have already shut down 20,000 rigs or 10 percent of the total machines. 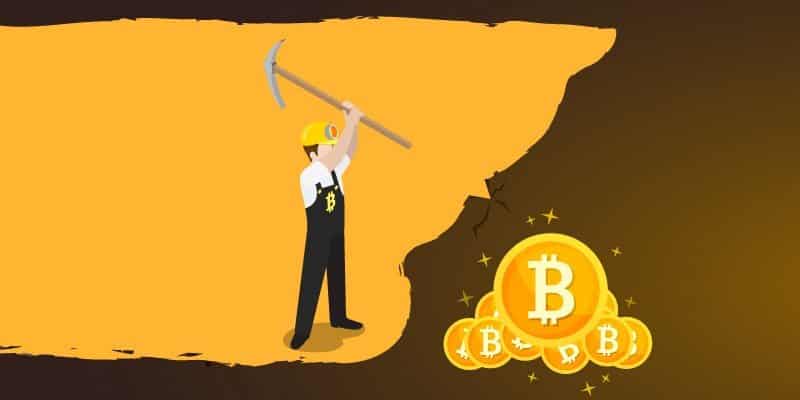 Article Name
Bitcoin Miners Under Pressure, Is Chinese BTC Miners Really Shutting Down?
Description
As Bitcoin takes a dip along with the hash rate, there have been reports of Bitcoin miners shutting down. Though, it has also surfaced that it is a standard procedure of upgradation in Chinese miner market, local media source reports of suspension of mining devices contracts and shut down of about 20,000 mining rigs.
Author
Anjali Tyagi
Publisher Name
Coingape
Publisher Logo