“Delete All Tweets That Alleged Craig Is Fraudulently Claiming To Be Satoshi Nakamoto”: Wright’s Legal Team To Twitterati

A few days back In a series of tweets, Craig White again claimed to be  Satoshi Nakamoto and said that he will be “taking action aggressively to remove any site that is in error or makes false claims (e.g. fraud, etc). You wanted to know who made Bitcoin. You get to learn in a manner that is going to completely eradicate the scams in this industry and start holding people to account.”

This threat did not really go well with the Crypto supports, who believe Craig is not Satoshi but a liar. This led to a severe backlash and there were numerous tweets put forward by crypto personalities claiming Craig Wright is not Satoshi. Personalities like CZ, Justin Sun and Jihan Who all claimed that Wright was not Satoshi 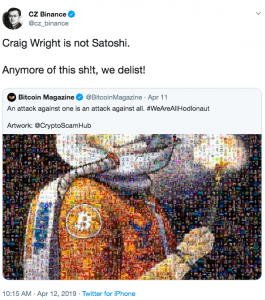 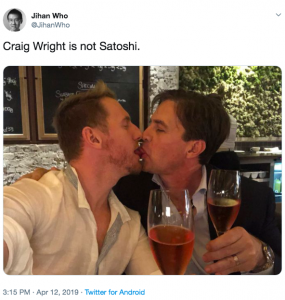 While the verbal battle was on, a lot of people who had claimed Wright was fraudulently claiming to be Satoshi, started receiving legal notices from Wright’s legal team, SCA Ontier LLP. The copy of the notice was shared by Peter McCormack.

1/ So I got my letter from Craig Wright and @CalvinAyre. This is what they are sending out to people, now you can all see.

I absolutely reject their requirements.

(PS I don't recommend anyone else does this). pic.twitter.com/olpLUdwDyM

The letter claims that Craig Wright was the real Satoshi and has been instrumental for the creation of Bitcoin. The whitepaper that suggested the idea of bitcoin and the first Bitcoin transfer to Hal Finney was all done by Wright.

For the remainder of the letter’s first and second pages, the firm documents the tweets in question, which label Wright a “scammer” and call for “Craig Wright is a fraud Week” with the hashtag #CraigWrightIsAFraud.

“By tagging to [this] hashtag,” the letter charges,

“you encourage your follows to view and contribute to that thread, which … is no more than a crude means by which our client can be abused and libeled.”