The NFT gaming industry has seen a significant rise since 2020. The public also saw how some NFT games top the market like Axie Infinity. More and more NFT games emerge and take the industry by storm, transforming gamers’ experiences altogether.

The World of CryptoTanks Explained 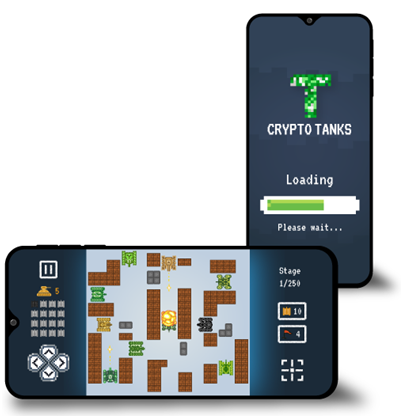 One of the notable and most anticipated NFT games presently is CryptoTanks. OG gamers may remember “Battle City” — the legendary 8-bit game that was released in the 1990s for both Nintendo and Game Boy consoles. Today, the public has seen its revolutionary come back through CryptoTanks. It is the new BSC and Polygon, blockchain-based, play-to-earn game that is available to the public almost for free. Despite being new in the NFT space, some already say that it can rival the NFT game giant, Axie Infinity.

CryptoTanks is a fairly new project with unique game mechanics. An undisclosed, large gaming company is behind the development of the project; hence, ensuring its impending success. The team is adamant about giving the latest updates about the game on their social networking sites. What’s more, users can easily register in the CryptoTanks whitelist and be one of the first participants of this exciting project. 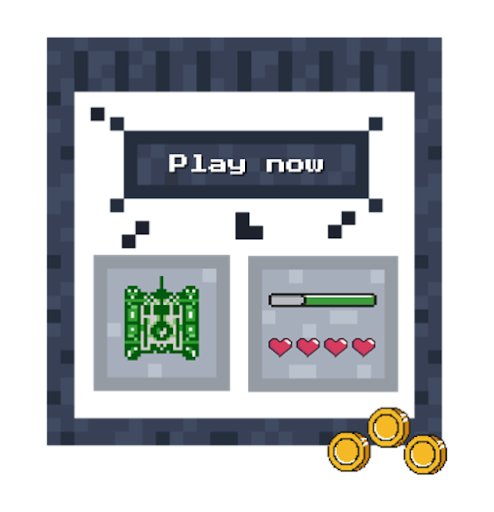 The mechanics of the game are pretty simple. Each tank is an NFT (non-fungible token) — the better your Tanks are, the easier it is for you to defeat other players. In short, the strongest takes all.

The first thing you have to do is download and install the CryptoTanks application on your device (Android, Mac OS, Windows). Next is to buy your own TANK NFT. You should use STAR tokens in the p2p marketplace. Afterward, you will choose from the various gameplay and game modes that CryptoTanks offer. In CryptoTanks, there are two main game modes: One Against All, where the last survivor wins, and Teamplay where users can fight against other teams.

It’s also important to note that you can only receive TANK tokens in a special mode and receive combat experience/rating in the Rating Games. There is also a Money Battle, from which users form a game bank to the winning team.

You form your game rating and combat experience every time you succeed on the battlefield. Subsequently, you can use the points you earn in upgrading your TANK NFT which can simultaneously improve the market value of the TANK NFT itself. Every in-game item in CryptoTanks is an NFT, which can be exchanged with real money. To start playing the game, there is no need for purchasing expensive NFTs; hence, the game promotes a free-to-play / play-to-earn level.

Why Choose CryptoTanks, What Are Its Benefits

One of the major advantages of playing CryptoTanks is that a player doesn’t need a hefty amount of money to start playing it. Also, players can easily earn $TANK tokens by playing the game and completing objectives. What’s more, users can actually rent the TANK NFTs from other players and share revenue from the winnings.

There are also endless possibilities for the TANK NFTs. It has set features that include levels, armors, guns, and chassis. Every time a player wins, the combat experience increases and at the same time, improves the tank’s technical features and characteristics.

Of course, similar to other blockchain games, players of CryptoTanks will also have control of their assets and enjoy a monetary gain in their successful battles. Meaning, all the in-game assets, and even the NFTs that players invest in CryptoTanks will solely be owned by the player.

Above all this, CryptoTanks is available to everyone almost for free! Because of its affordable fees and flexible gaming mechanisms, everyone will be able to play and access the game easily. Once you purchase your first TANK NFT, there’ll be no way to stop playing — it’s addictive!

Therefore, take off on an incredible journey, have fun with your friends or family, win battles and climb up your rating, and get enticing rewards right away.

Join CryptoTanks’ token sale which will commence in November and don’t forget to subscribe to CryptoTanks social networking sites to be updated on its progress and most especially, join CryptoTanks whitelist, now.

Stan Peterson
563 Articles
Being an active participant in the Blockchain world, I always look forward to engage with opportunities where I could share my love towards digital transformation.