Cryptocurrency exchange industry is crowded with a number of players. But two names that clearly stand out of the lot are Binance and Coinbase. While, for everyone, the first impression of the relationship between the two would be that of competition but CZ, the founder of Binance, has cleared the air around it by reiterating that the two exchange are not competing but co-existing.

CZ feels the market is large enough for coexistence

Coinbase and Binance have been two flag bearers of the cryptocurrency industry. They have left no stone unturned to gain market by adding new coins and services for the crypto enthusiast, traders, and investors. While both operate in the same industry and cater to the same market, according to Binance founder there is still no competition.

Recently a Twitter user named “The Crypto Dog” put up tweet stating that the battle for crypto is set between Binance and Coinbase in 2019 – 2020.

Who do you align with? Choose carefully.

CZ took notice of the tweet and reverted that the crypto market is yet very small and nascent and is still pretty far away from saturation for competition to spike up. According to CZ, even though Coinbase and Binance had a lot of overlaps they still operate with a very different strategy/ product/geography/even tweeting style. According to CZ, Brian Armstrong (founder of Coinbase) and himself chatted regularly on how they both can contribute to growing the industry together like in the case of USDC

Doesn't have to be a competition. Market is still small. We are so far away from saturation point. While we have some overlaps, we are different on: strategy/product/geography/even tweeting style. Brian and I chat from time to time, on growing the industry together, like USDC. https://t.co/whTALqXhNt

This is not the first time CZ has faced this question about competition and everytime his answer has been in support of co-existence than in favor of competition.

In August 2018, CZ was interviewed by Fortune where he had broken down the current state of the industry. Citing the ongoing efforts from both a regulatory and technological standpoint, CZ emphasized the relationship between major exchanges is far more harmonious than many might expect. He was quoted saying

“In developed markets, there’s more money to be made but more regulation and it’s saturated with competition. We don’t want to compete with Coinbase and [Winkelvoss-owned] Gemini. The strategy there requires lots of lawyers and lobbying.”

Interestingly then CZ had shared that Binance is less interested in competing with Coinbase in the U.S. market, preferring to instead focus efforts in places like Malta where he wanted to promote decentralized financial systems directly with heads-of-state.

CZ seems to right in his approach because he envisions to grow the market rather than battle competition and stunt the growth. For CZ, the priorities are set- to grow together and make the world a better-decentralized world

Do you think CZ is true to his words or is this just a social media gimmick? Do let us know your views on the same 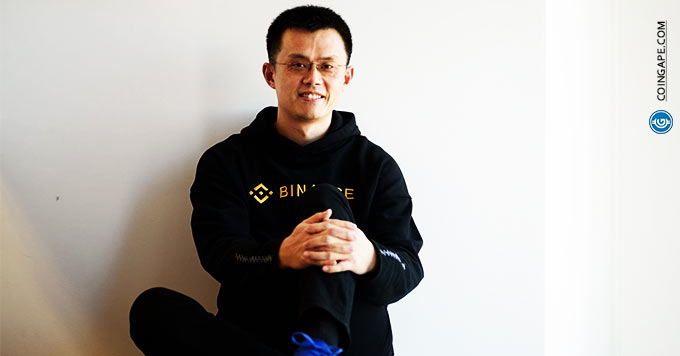 Article Name
Binance and Coinbase Will Not Compete but Coexist Says CZ
Description
Cryptocurrency exchange industry is crowded with a number of players. But two names that clearly stand out of the lot are Binance and Coinbase. While, for everyone, the first impression of the relationship between the two would be that of competition but CZ, the founder of Binance, has cleared the air around it by reiterating that the two exchange are not competing but co-existing.
Author
Nilesh Maurya
Publisher Name
Coingape
Publisher Logo