MakerDAO’s DAI and Equilibrium’s EOSDT are two decentralized stablecoins that seem to have a lot in common. When I first came across EOSDT, I confess I thought it was another project by MakerDAO. But as I started exploring them both, I not only learned that these projects are by different companies, but that their underlying mechanics diverge in interesting ways that deserve a closer look.

Founded in 2014, MakerDAO is a decentralized autonomous organization running on the Ethereum blockchain. Its smart contract architecture issues DAI stablecoins pegged to the US dollar when users overcollateralize their Ether cryptocurrency. With five years of momentum behind the company, its DAI asset has a 24-hour trading volume exceeding $6 million and is more or less Ethereum’s signature project.

EOSDT seems to occupy the same niche as MakerDAO, but for the EOS blockchain. Founded just this year, Equilibrium is a DeFi framework that has become a technical basis for community-governed EOSDT stablecoins. Users overcollateralize their EOS holdings to issue EOSDT. The stablecoin is growing quickly, having already collateralized more than 4.9 million EOS worth roughly $20 million USD. Out of all DApps on the EOS blockchain, EOSDT has the largest balance.

So both MakerDAO and EOSDT offer decentralized USD-pegged stablecoins that derive their value from over-collateralization of digital assets. They furthermore both offer profitability options to their users. DAI on its own isn’t necessarily profitable, but holding it in conjunction with MakerDAO’s MKR, the deflationary token used to create DAI and pay platform fees, can be. And the new Dai savings rate lets these users lock their assets with no restrictions or fees other than the gas required for locking and unlocking.

Where MakerDAO lets its users leverage their existing Ether holdings, EOSDT can do the same for users with lots of EOS cryptocurrency, at just 1% APR. The framework also has its own governance token, called NUT, but its profitability options go beyond that: EOSDT users stand the chance to earn money as the system rebalances itself, buying collateralized debt positions at a discount for EOSDT. Those holdings the asset can return their stablecoins to the system in order to participate. Every interaction with the liquidator contract happens via transfers from any EOS account.

As governance tokens, NUT (the Native Utility Token built into the Equilibrium framework) fills a similar role for EOSDT as MKR does for MakerDAO. These assets let platform users propose and vote for changes to how the system operates. They are the centerpiece to the self-governance aspect of each platform. 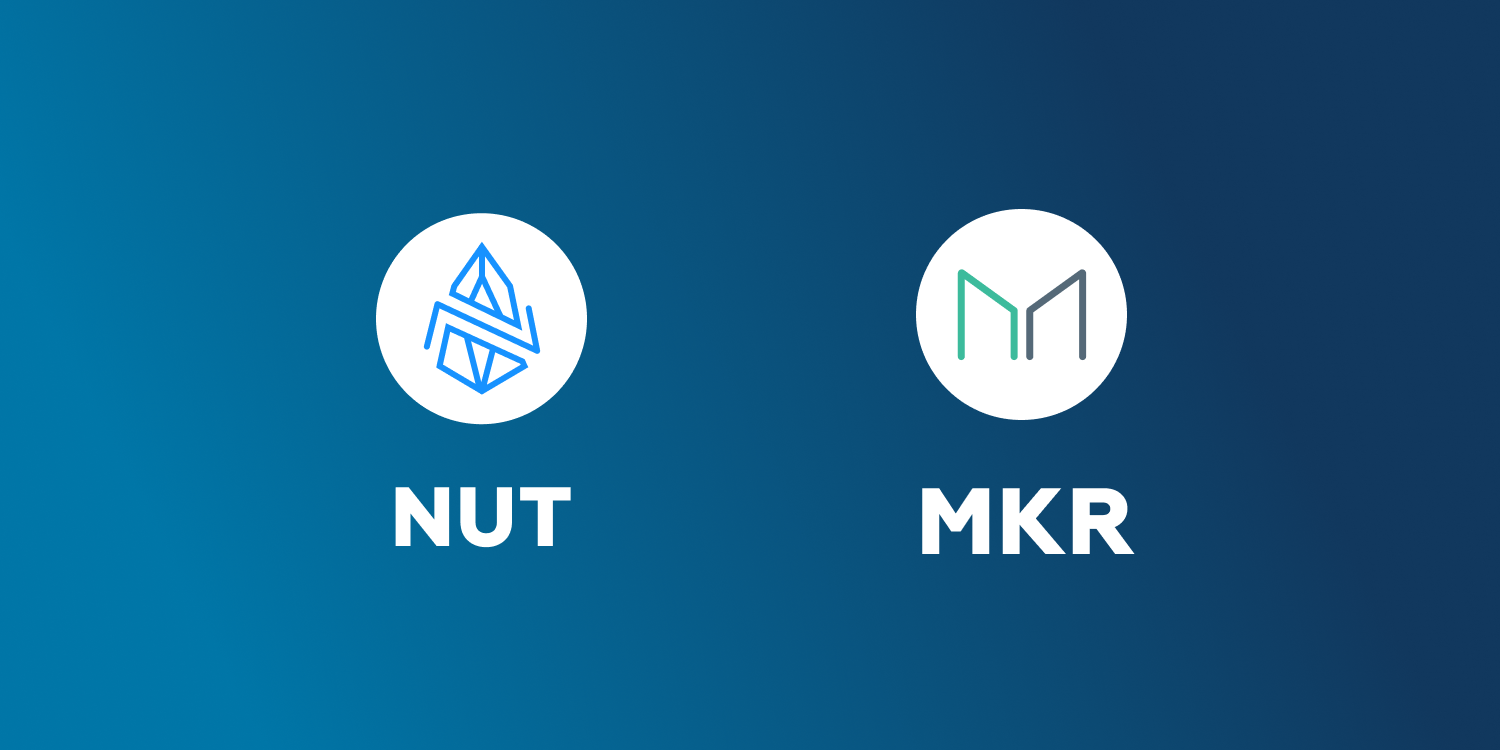 But NUT use cases are due to expand in the future as Equilibrium continues to develop new projects. The company has been clear that NUT will be a utility token that drives a number of different initiatives. MKR is distinctly linked to MakerDAO’s infrastructure.

As it’s built on top of EOS, EOSDT also has a fundamentally different architecture versus MakerDAO’s Ethereum. EOS has a system called REX (short for “resource exchange”) that sees people lend EOS to the system, earning fees on that stake when others borrow it in the form of CPU/NET resources. In other words, the EOS blockchain comes with a built-in marketplace for users to generate passive income, and that marketplace is directly integrated with the Equilibrium framework.

This allows for conventional passive income, as well as new opportunities every five days: the system calculates the profit from REX appreciation and stakes less EOS than necessary to make the current amount of profit next time. Then it distributes 50% of the unstaked amount to the liquidator smart contract, where it can be bought with NUT tokens at a 6% discount from the current oracle price. (The remaining 50% goes to collateral holders in proportion with their collateral amounts.)

Both MakerDAO and the Equilibrium framework use medianizer for their price feeds. This simply means that the platforms don’t look at one data source to determine asset value, but instead take price points from multiple sources and places them on a frequency distribution. The price in the middle of that distribution is the median. Median-based price feeds work as more accurate, reliable reference prices than simply taking an average because erroneous outliers don’t affect median pricing, as long as the majority of price feeds are current and accurate.

The medianizer smart contract that makes this possible was introduced by MakerDAO. Pricing oracles can significantly improve the quality of their data using this approach.

As I write these words, the DAI stablecoin is overcollateralized at 346%. It reached a high of 610% in June 2019, mostly due to a rallying crypto market where investors sought more leverage (selling DAI for tokens) to increase their profits.

At the same time, MakerDAO’s stability fee saw a significant increase up to 20.5% in June in an effort to restore DAI’s parity with the US dollar. This made the whole structure extremely expensive! Still today, the stability fee stands at 12.5%. The levels of collateralization and associated stability fee are extreme, and can’t be explained by Ethereum’s annualized volatility alone. The DAI/USD price has a tendency to exceed parity in market downturns, and falls behind in the expectation of a market rally — it’s a refuge in the first scenario and a gain for the latter.

To drive DAI back to parity, MakerDAO introduced a “savings rate” that acts as an incentive to lock DAI rather than sell it. However, the savings rate is still very low, and as time goes by, the high DAI stability fee and collateralization levels are weighing on investor earnings representing both a cash drag (high fees) and an opportunity cost (high collateral requirements).

EOSDT’s 1% APR fee is extremely competitive by comparison, and a strong alternative to MakerDAO for diversification of crypto assets. The project launched only earlier this year, but has since established transparent mechanisms for generating decentralized stablecoins that work as solutions for crypto users seeking both refuge and leverage.

Product differentiation might be tricky in such niche spaces of the realm of financial technology, but there are clear technical differences between EOSDT and MakerDAO. While Ethereum was the steady foundation that served MakerDAO so well in its five years of operation, the consequentially sized EOSIO user base went effectively unserved.

But tagging different technologies lets developers offer advantages beyond what the other guys are doing. It furthermore grants access to new communities that might not otherwise be using a comparable product.

It’s going to be exciting to see how Equilibrium fares as the stablecoin competition heats up down the road.

Guest Author
677 Articles
This author could be anybody, but he/she is not a member of staff coingape.com and opinions in the article are solely of the guest writer and do not reflect Coingape's view.