Dash (DASH), a privacy enabled cryptocurrency, is witnessing an extended uptrend market as the price spiked 11.17% in the past 24 hours. The soar in price comes at a time the cryptocurrency market is witnessing a revival as bulls consolidate for a possible bull run leading to Bitcoin’s May halving. A token of Dash changes hands at $110.52 USD across major crypto exchanges, with the total market cap standing at $1.029 billion USD – placing the coin 15th on CMC charts.

After bouncing off the near term support level provided by the 20-day Bollinger Bands middle line at $87.00 USD in the early European trading hours on Saturday, bulls took over the market on Sunday pushing the price over 10% in the past 24 hours. Breaching the $100 USD mark, sparked a bullish reversal on DASH/USD, ending the week long downtrend, since hitting a high of $155 USD on 15th Jan. 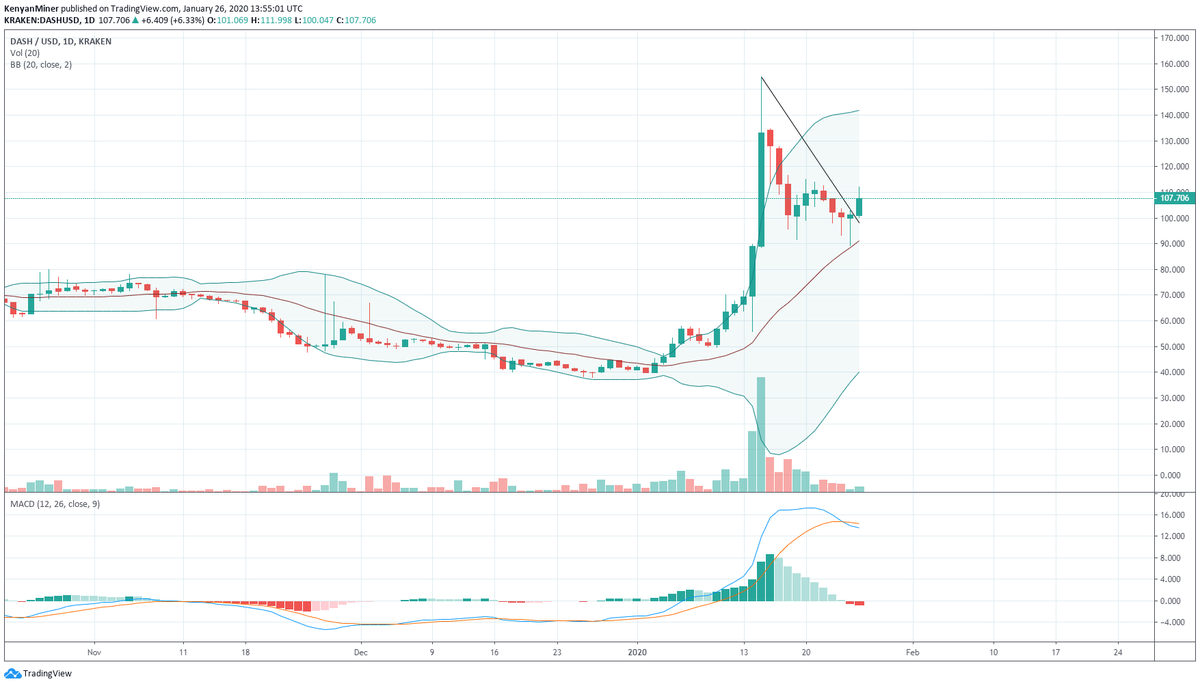 The price boost may be a direct reflection of the increasing demand of DASH in Venezuela and other South American countries with economic troubles.

According to a recent research, the number of users of Dash in Venezuela has grown over 562% in the past year signaling a shift from the conventional BTC to the privacy enabled cryptocurrency.

Despite the rising demand for Dash in Venezuela, long term market technical indicators signals a possible drop to $100 USD before  the continuation of the trend, that may see the coin touch the $200 USD mark. The daily MACD formed a death cross with the Elliot Wave Oscillator turning strongly bearish for the first time since early November. 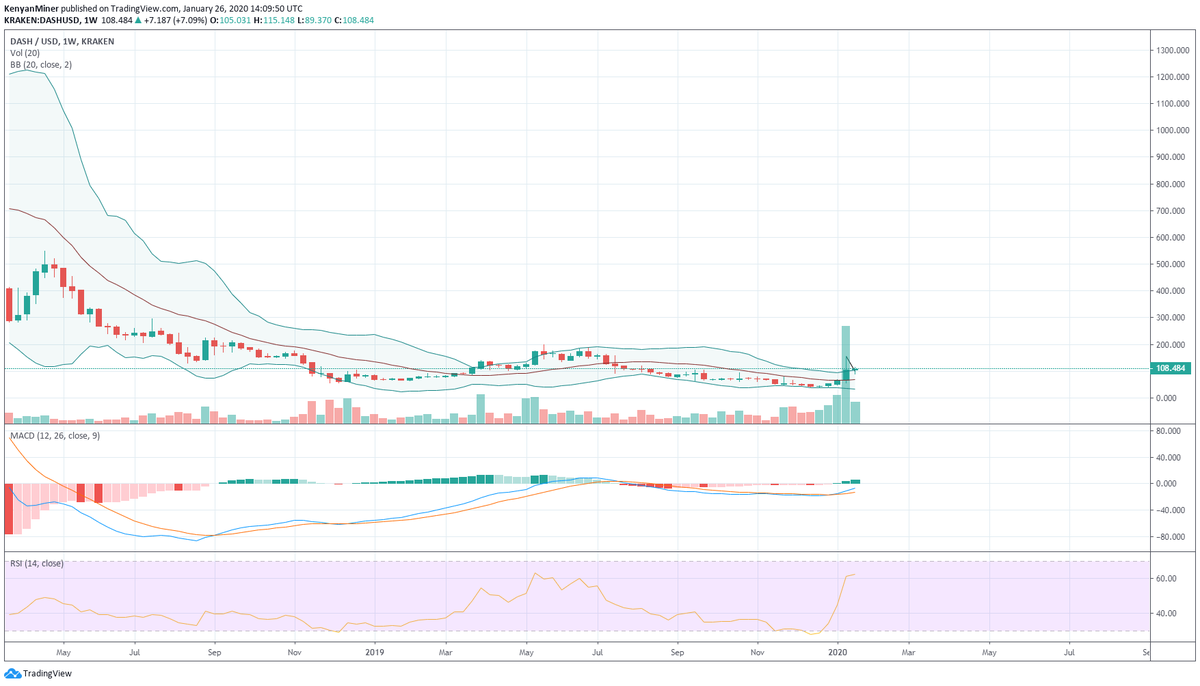 Notwithstanding, the weekly relative index currently oscillates in the overbought levels at 61 but easing out as bulls consolidation period seems to extend in the near term.

On the brighter side, if buyers are able to keep the price above the $100 key support, a possible spike to $140 USD cannot be ruled out. The dire situation in Venezuela and economic troubles in Argentina is seeing more people select privacy based Dash over Bitcoin in retaliation to its failing system. You can’t bet against Dash, and a reversal to $100 will only be a catalyst to new year highs.