Decentral Games ($DG) has ambitious plans to disrupt the $230B casino industry by bringing the world’s most popular games of chance including Blackjack, Roulette, Poker, Slots, and more to the world of virtual reality.

With a handful of virtual casinos, and a soon-to-be virtual nightclub currently under management, legacy brands and companies are beginning to take notice of Decentral Games’ sophisticated virtual infrastructure built on the Ethereum and Polygon (Matic) network. Decentral Games recently celebrated the opening of their latest casino in the metaverse, developed in collaboration with Atari, late last month. The opening ceremonies featured DJ Dillon Francis live and drew in over 3,700 daily users and 2,500 concurrent users. This summer, they’re hoping to top that user count handily with the advent of their new virtual nightclub business, developed alongside renowned Ibiza-based nightclub brand, Amnesia, a company which has enjoyed top-tier status on DJ Mag’s high profile “Top 100 Clubs” list year after year.

Decentral Games’ slew of successful partnerships with highly visible brands across industry has accelerated user adoption, and holders of Decentral Games’ $DG token are seeing a clearer runway for growth ahead. In December of last year, the platform launched $DG, the governance token that effectively establishes token holders as co-owners of the Decentral Games business. According to the platform’s founder, Miles Anthony, Decentral Games’ mentality from day one has been to empower users, enabling them to effectively “be the house,” and $DG plays an important role in executing that vision.

For $DG investors, that means funds from the platform’s rapidly appreciating treasury assets are collectively owned. The treasury, which includes a mix of NFTs, virtual real estate, and interest generating token assets, has exploded in value from $500K to over $11M in the span of just the last four months. The Treasury’s largest assets are 1,007 parcels of virtual real estate worth ~$5.8M and $2.3M in self-staked Matic Node.

In addition to these assets, the games’ earnings are significant. Stocks in the S&P 500 have historically traded around an average P/E ratio of ~15, meaning on average, investors have historically accepted that all else being equal, it will take 15 years for them to recover the amount of their initial investment through earnings alone. Growth stocks, like Amazon, routinely trade at 50+ P/E. In the case of Decentral Games, the gameplay treasury has accumulated $2.3M in 6 months, or $4.6M annualized, and, since the circulating supply is 230K, the platform is generating $20 per token per year. At today’s price of around $140 per $DG token, this means Decentral Games is trading around a P/E of 7. The market is currently undervaluing the platform’s ability to maintain and accelerate earnings going forward. Given macro and sector-specific tailwinds playing into Decentral Games’ favor, this could present an attractive opportunity to investors at current price levels.

The casino and gambling industry has long been primed for disruption, and due to the capital-intensive nature of this business model in the real world, Decentral Games, unencumbered by debt, and in a strong capital position has the ability to remain nimble and focused on acquiring new users.

It’s potentially an even more attractive position to be in considering the platform’s fully covered operating expenses. Despite ramping up headcount in the critical marketing and product development departments, Decentral Games says their costs are fully covered for the foreseeable future through capital generated via interest bearing assets, which includes staking income generated by the company’s Polygon (Matic) validator node. The project’s strong capital position is allowing them to fully focus on acquiring users and developing new product offerings.

Part of their forthcoming product pipeline includes a 2D casino which will allow Decentral Games to reach mobile audiences while simultaneously presenting an alternative for those less interested in the total-immersion of virtual reality. Developers are also prioritizing the development of table games such as Poker, which they feel will strengthen the fabric of their community due to the game’s social component.

Despite trading in lockstep with Bitcoin’s current price fluctuations so far, the cascade of recent positive developments for the $DG’s token suggest there is attractive long term potential, especially considering the industry tailwinds in the virtual reality sector. With the convergence of macroeconomic trends towards remote entertainment and interaction coupled with strong cash flows and co-signs from industry-leading brands, the confluence of these factors continues to drive excitement for Decentral Games’ bold vision for the future. 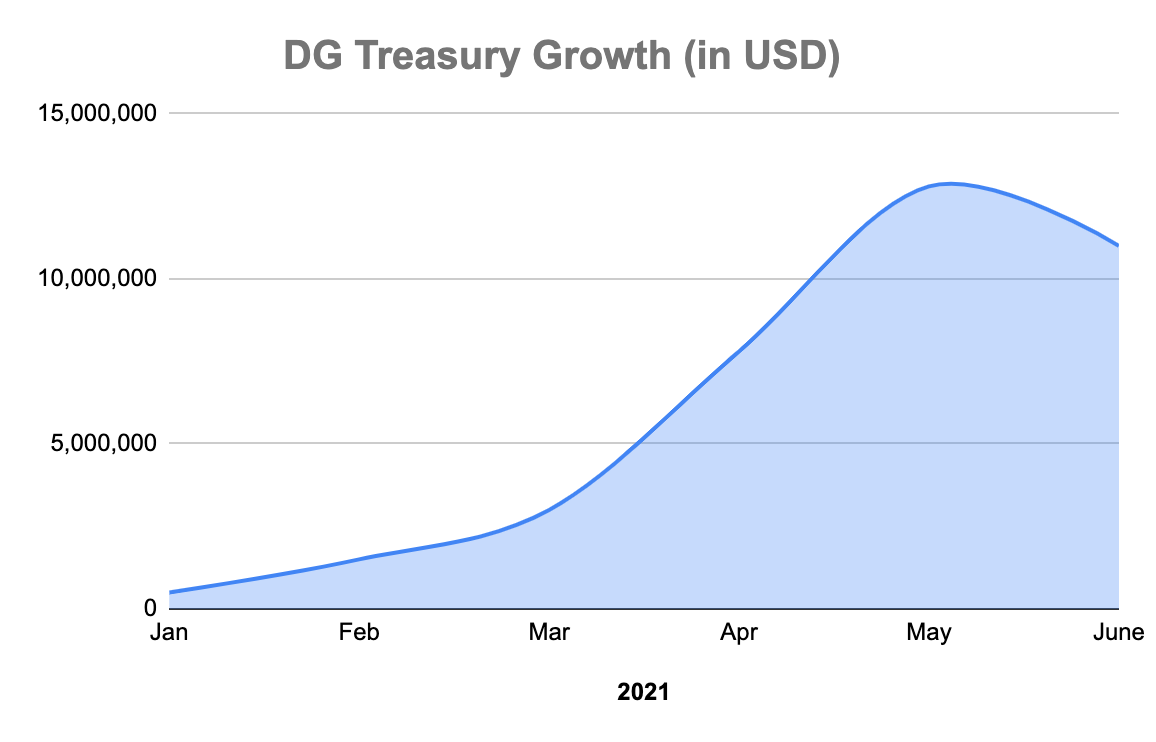 DG Treasury Growth Chart measured in USD value. The treasury has grown exponentially since its inception in Dec 2020 contributed by the profit growth and the appreciation of the assets. The downward trend in May is driven by the downswing of the crypto market.

DG LIVE is a blockchain entertainment brand based on Ethereum, and is the parent brand of Decentral Games – the first community-owned metaverse crypto casino, where anyone can be the house. DG LIVE consists of DG Games, DG Entertainment, DG NFT’s, and DG Ecosystem.

The company is backed by key investor Digital Currency Group (DCG), whose main subsidiary, Grayscale, is the world’s biggest bitcoin and cryptocurrency fund manager with over $45 billion in assets under management. Decentral Games is a leading metaverse project and has earned the status of becoming the world’s first metaverse employer. Thus far the project has provided 28 hosts with employment opportunities across its business lines. 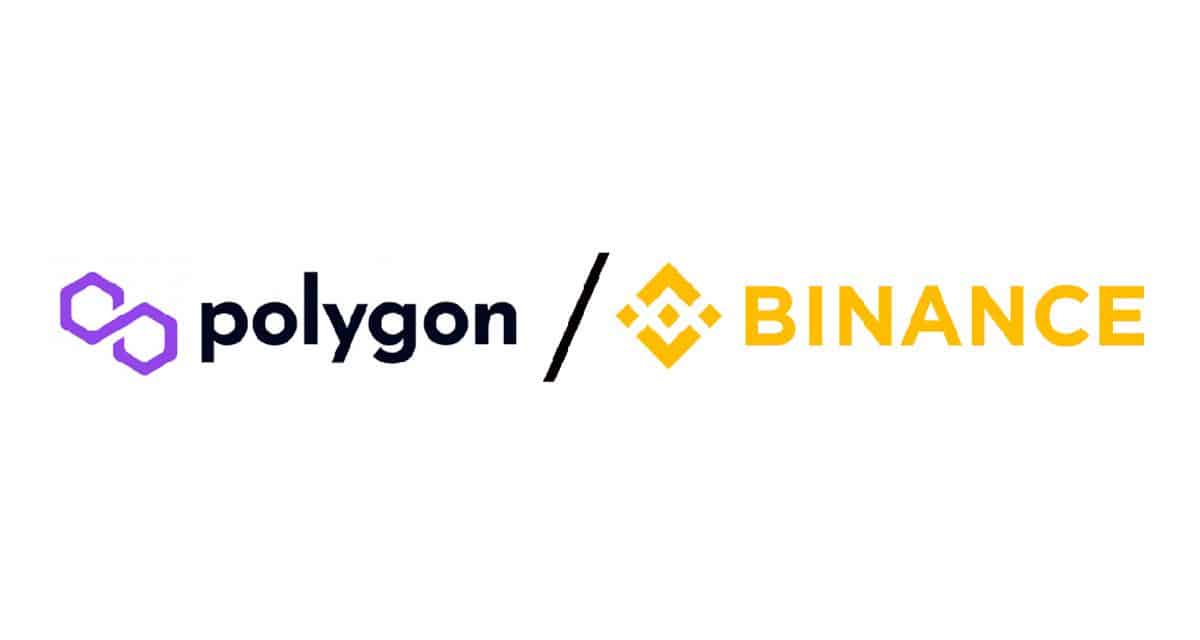 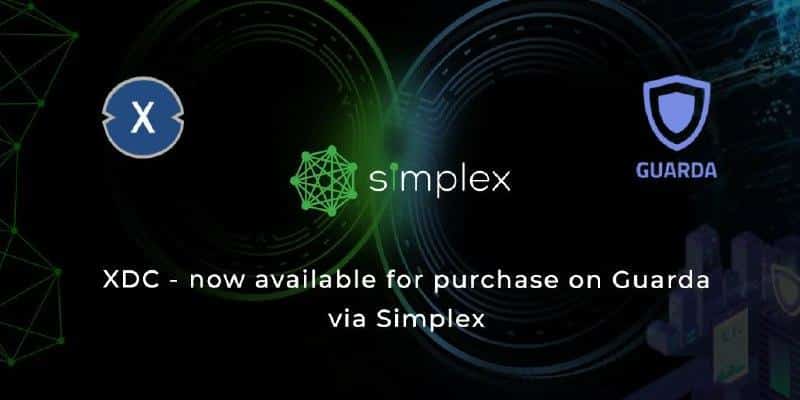 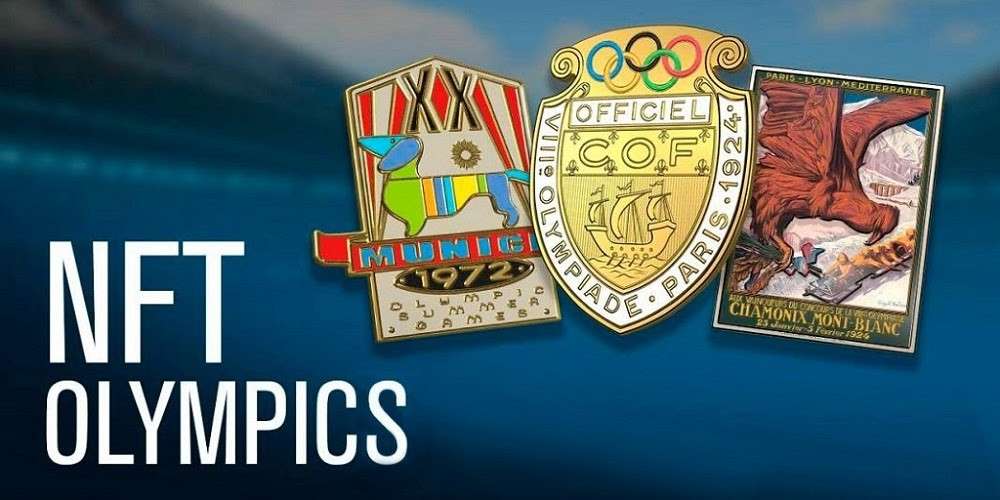 Tuum Technologies Team Up with Mission 89 to Help Fight Sports-Related Child Trafficking with Elastos’ Decentralized Identity
July 30, 2021 — Elastos, a Web3 and blockchain ecosystem spearheading data ownership and privacy with decentralized identity…
Stan Peterson 223 Articles
Being an active participant in the Blockchain world, I always look forward to engage with opportunities where I could share my love towards digital transformation.
Follow Stan @