While the world was rejoicing the moment that they had a non-controversial, registered stable coin to hide when the crypto markets turn volatile, the coin has attracted controversy. According to the blockchain researcher Alex Lebed latest report which he wrote for tech publication Good Audience, Gemini Can Freeze its USD-Pegged Cryptocurrency at Any Time as it wants, resurfacing issues of decentralization.

Alex Lebed in his latest research has performed a code review of the Gemini dollar smart contract, and what he found has been astounding.   According to Lebed GUSD includes a provision that allows its “custodian” — namely Gemini — to freeze any account. Lebed — who, in full disclosure, is also attached to a separate stable coin project — further notes that GUSD uses an ERC20Proxy contract that gives Gemini, as the custodian, the ability to upgrade the contract once every 48 hours, giving it among a myriad of other things the power to simultaneously render all tokens non-transferable.

According to the research wordings of Lebed, he analyzed the code at

The code is 1028 lines long and begins questioning the code as he reads the general conditions of the contract.

“Where does this object erc20Impl come from? Here we have to pay attention to the second part of the ERC20Proxy declaration: ERC20ImplUpgradeable. This object has an actual implementation of the ERC20 interface. Why is it called …Upgradable? 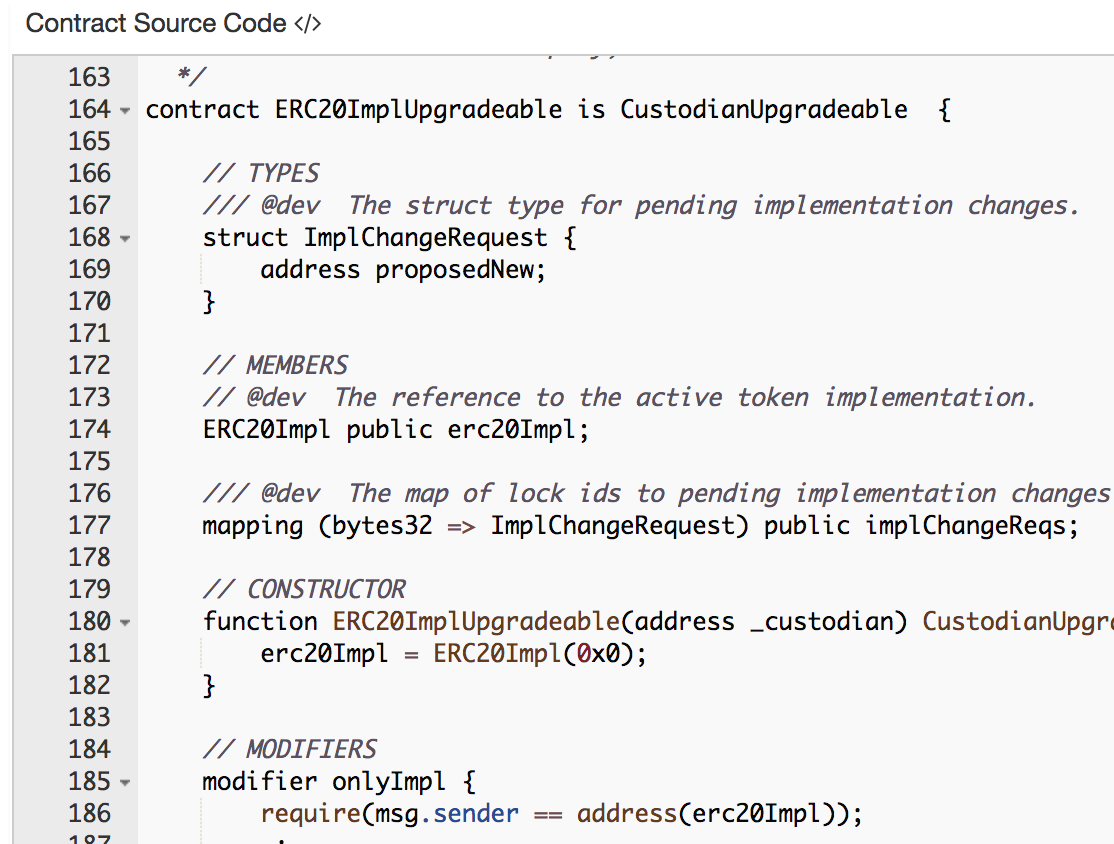 Going deeper into the code he finds that the Custodian is the only modifier to the code.

On should not be surprised that Gemini included a provision to allow it to freeze funds, given that Cameron and Tyler Winklevoss repeatedly touted GUSD as the first “trusted and regulated digital representation of the U.S. dollar,” both in the official announcement and in subsequent media appearances.

But the community will not take it well if the stable coin is controlled by Gemini.

Ripple and XRP are fighting a long battle to prove the coins and the ledger are decentralized. As Ripple holds a certain number of nodes on the ledger who approve transactions and as the company holds a lot of XRP’s Ripple is always under the scrutiny of controlling the ledger and the coins. On this ground, the coin is also facing a threat of being termed as security by the SEC- A point that is not letting the coin’s price to rise despite being one of the coins with a definite use case.

Another coin which is also under scrutiny for centralization is EOS. The project has taken an unusual approach to monitoring the blockchain on more than one occasion. It had appointed 27 block producers who had rights to terminate transactions. This was considered a centralized approach as all 27 block producers knew each other and could play foul anytime. One such example was when  On 22 June this year The company a notice saying

“Emergency Measure of Protection Order” released by the EOS Core Arbitration Forum (ECAF), 27 block producers maintaining the protocol was directed to end all transactions with immediate effect. Interestingly, the ECAF did not explain the reason for the order, but stated that the “logic and reasoning for this Order will be posted at a later date.”

“It is hereby ordered that the EOS Block Producers refuse to process transactions for the following accounts and keys indefinitely. (Until further official notice and instruction from the ECAF.)”

Members of the cryptocurrency industry, enthusiast, and industry observers have not been big fans of centralization as it takes away the essence of blockchain and decentralized world. Like Ripple and EOS, Gemini too would be looked with a cautious eye. We will have to await a statement from Gemini to get more clarity on this. The future on the GUSD would lie on that. Otherwise, we would have another controversial stable coin on the market.

Will Gemini clarify its stance on the centralization issue that its recently launch stable coin is marred with? Do let us know your views on the same.