BitMax.io (platform native token: BTMX) is a Singapore-registered digital asset trading platform servicing retail and institutional clients across the globe. The platform currently has 82 digital assets listed with access to over 190 trading pairs.

RUNE is not the first token that experienced impressive price action post the listing on BitMax.io.

Two of the platform’s primary listings, LTO Network (LTO) and Algorand (ALGO), experienced all-time highs of 816% and 35% relative to their opening prices soon after trading opened on BitMax.io. 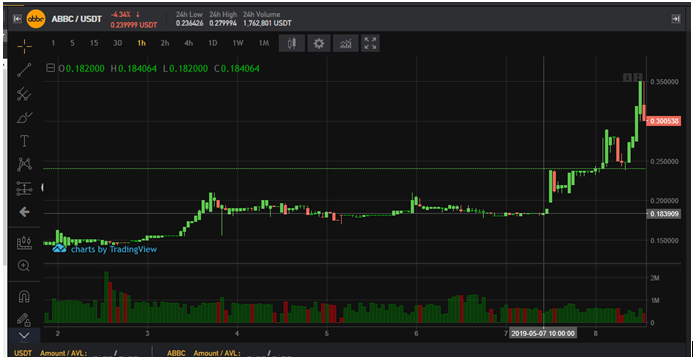 Another top-tier project, ABBC, listed on BitMax.io and experienced an approximate 2x in price movement, from $0.18 to roughly $0.36, within a few days after the listing on May 7, 2019.

Fusion (FSN) and Drep Project (DREP) also saw similarly explosive price action shortly after forming a partnership with BitMax. The price of FSN increased by roughly 35% in the first 24 hours following listing on May 9, 2019, while the price of DREP increased by over 70% in the four days following an official announcement of its listing on BitMax.io. 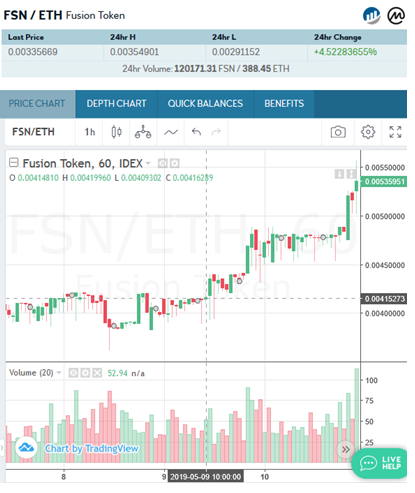 RUNE has outperformed most tokens in the market since its debut on BitMax.io in late September of 2019. While determining the rationale behind price action is notoriously difficult in the digital asset ecosystem, many argue that an asset’s fundamental value (i.e., the ability of the asset or its associated blockchain network to provide utility) is the critical determinant of a project’s long-term success and price.

“Projects that can showcase clear linkage between their token’s utility and a revenue-generating business model are those tend to capture the attention of the market and perform well following listing,” notes Shane Molidor, Global Head of Business Development at BitMax.io.

Accordingly, a shortcoming of many test-net tokens is their failure to provide legitimate investment rationale to mobilize profit-motivated traders – most test-net tokens lack clear utility and are therefore purely speculative. In the absence of utility, these projects attempt to create momentum after listing on an exchange with lofty promises of future value the tokens will carry once mainnet goes live.

“Once launched, BEPSwap will have clear utility and RUNE will play a central role in its operation; however, the reason we elected to list RUNE was the system of incentives the team put in place prior to BEPSwap’s launch. These incentives were designed to give RUNE intrinsic value in the immediate term and have contributed to Thorchain’s explosive growth and industry presence in the past few months. We recognized very early on in our due diligence process that the Thorchain team was laying the foundation for future success, whereas many projects seem to neglect this aspect of a go-to-market strategy.”

In referencing a “system of incentives,” Molidor is alluding to RuneVault, a novel staking interface launched by Thorchain which allows RUNE holders to stake RUNE and earn weekly token rewards until the launch of BEPSwap. As of December 12, 2019, over 80% of the total supply of RUNE has been staked on RuneVault.

With regard to project listing criteria, BitMax.io also has unique standards.

“Our listing criteria have evolved in the past year and we’ve certainly learned from past successes as well as missteps,” notes Molidor.

Similar to other top-tier platforms, BitMax.io has publicly stated that it employs a due diligence matrix to assess a number of variables including a project’s core value proposition and business plan, token economic design, smart contract, community support, as well as the team’s professional background in their review of potential listing candidates. Where BitMax.io is unique is that it requires projects to employ a listing strategy that includes both marketing and liquidity support.

In support of these requirements, Molidor stated: “I strongly believe this holistic approach to listing is critical to fostering engaged project communities and efficient trading in the marketplace. Fundamentals can certainly be key drivers of a project’s success, but mature projects recognize the value of leveraging the support of external agencies such as marketing firms and designated liquidity specialists to round out their go-to-market approach.”

While RUNE was indeed listed on decentralized platforms (“DEXs”) as early as July of 2019, BitMax.io was the first centralized trading platform to list the token and remains the only centralized portal for users to access the RUNE as of publication.

Did Vitalik Buterin Just Killed Meme Coins? ETH Co-founder Donates $1 B Worth of $SHIBA to Indian Crypto Relief Fund
Ethereum Co-founder Vitalik Buterin is all over the news for…
Casper Brown 371 Articles
I am an associate content producer for the news section of Coingape. I have previously worked as a freelancer for numerous sites and have covered a dynamic range of topics from sports, finance to economics and politics.
Follow Casper @