Dogecoin, the meme turned cryptocurrency became the Gamestop of the crypto world as its price surged over 800% to create a new ATH of $0.077. However, the price has cooled off since the news of a possible DoS attack surfaced.

It seems like the #DogeCoin network is under a massive DoS attack amidst the 500% $DOGE pump. Sporadic block times, nodes can’t connect to each other. pic.twitter.com/BMbc324xhH

The meme coin became the crypto world’s very own GME stock post-Robinhood halted the trade for Dogecoin as well. The price started rising yesterday and skyrocketed today before registering a cool off towards the end of the day. The high rise also poses the risk of a similar fall as observed in the case of GameStop stocks which traded as high as $479 before seeing their spot price fall to $150 levels.

Will Dogecoin Need an Elon Push?

Dogecoin being a meme coin has also helped it gain the attention of serial entrepreneur Elon Musk who has been crowned as an unofficial CEO of the cryptocurrency.  Elon Musk’s Tweet on GME sent its market cap up by $4 billion, and many expected Musk to do the same for DOGE being its social media ambassador. However, despite his regular shills for the DOGE token Musk hasn’t responded to the massive rise.

As the price decline begins and market sentiment turning short towards the meme token, many would hope Musk to shill for the token.

Today Musk managed to swing Bitcoin price by nearly 13% when he changed his Twitter bio to Bitcoin which saw the top cryptocurrency price shoot from $32,000 to $36,000 within minutes. 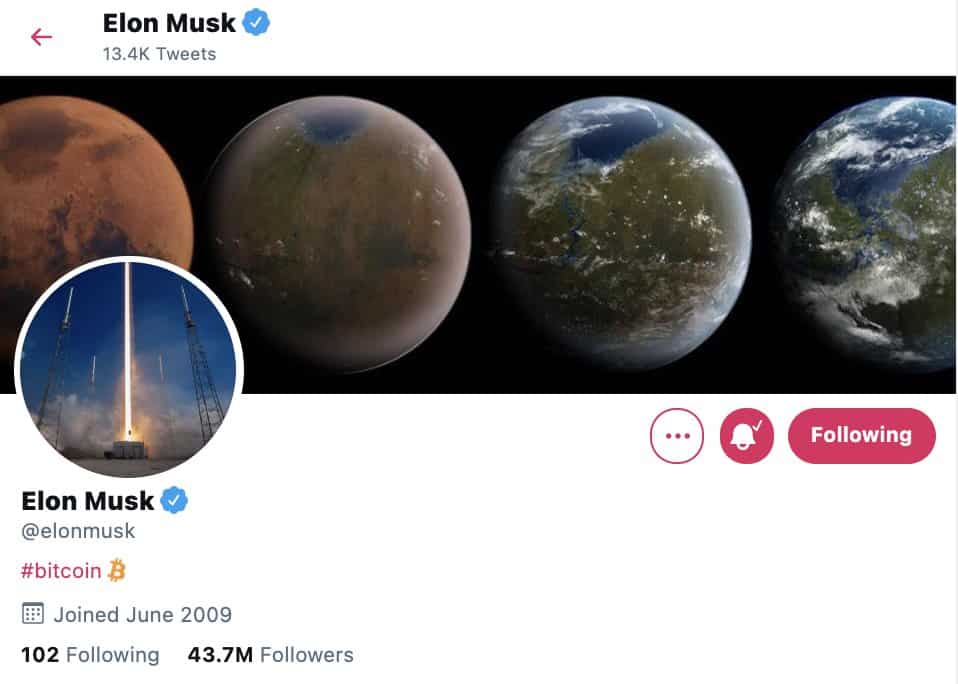 The Dos attack on the meme currency didn’t draw much attention from the community possibly because of its meme status, but the price seems to have taken a hit from its early morning highs.

Dogecoin managed to break into the top-10 list of cryptocurrencies by market cap briefly before its price fell below $0.05.  The meme coin is currently looking to regain its position above $0.05.