On 25th September, a mysterious Ethereum account sent out 42,500 ETH starting a string of withdrawals over the past three months totaling over 334,000 ETH (approx. $47 million USD) – the latest a 60,000 ETH withdrawal to an unknown address. While such whale transactions are common across the market, but these specific transactions represent the first time the account has sent out transactions since July, 30 2015. Is this a signal for a bearish trend on Ethereum?

First transaction on the mysterious wallet funded it with 530,000 ETH during ICO. (Etherscan)

Starting mid-September, the first out after 1518 days happened on the address as the owner moved 45,200 ETH (~$6 million USD) from the address to an unknown address raising suspicion across the community. The transactions however did not slow as a further 280,000 ETH has been sent out to anonymous addresses. The latest transaction of 60,000 ETH () happened four days ago, leaving about 260,000 ETH intact on the address.

Curious who this ETH ICO participant is: https://t.co/mA4mzt1tru

3 days ago they transferred 60k ETH out of their wallet.

Whales are notorious for moving their coins and selling off bits of their large coin holdings in a bid to secure the highest profit in the market. Is a major selloff on Ethereum imminent? 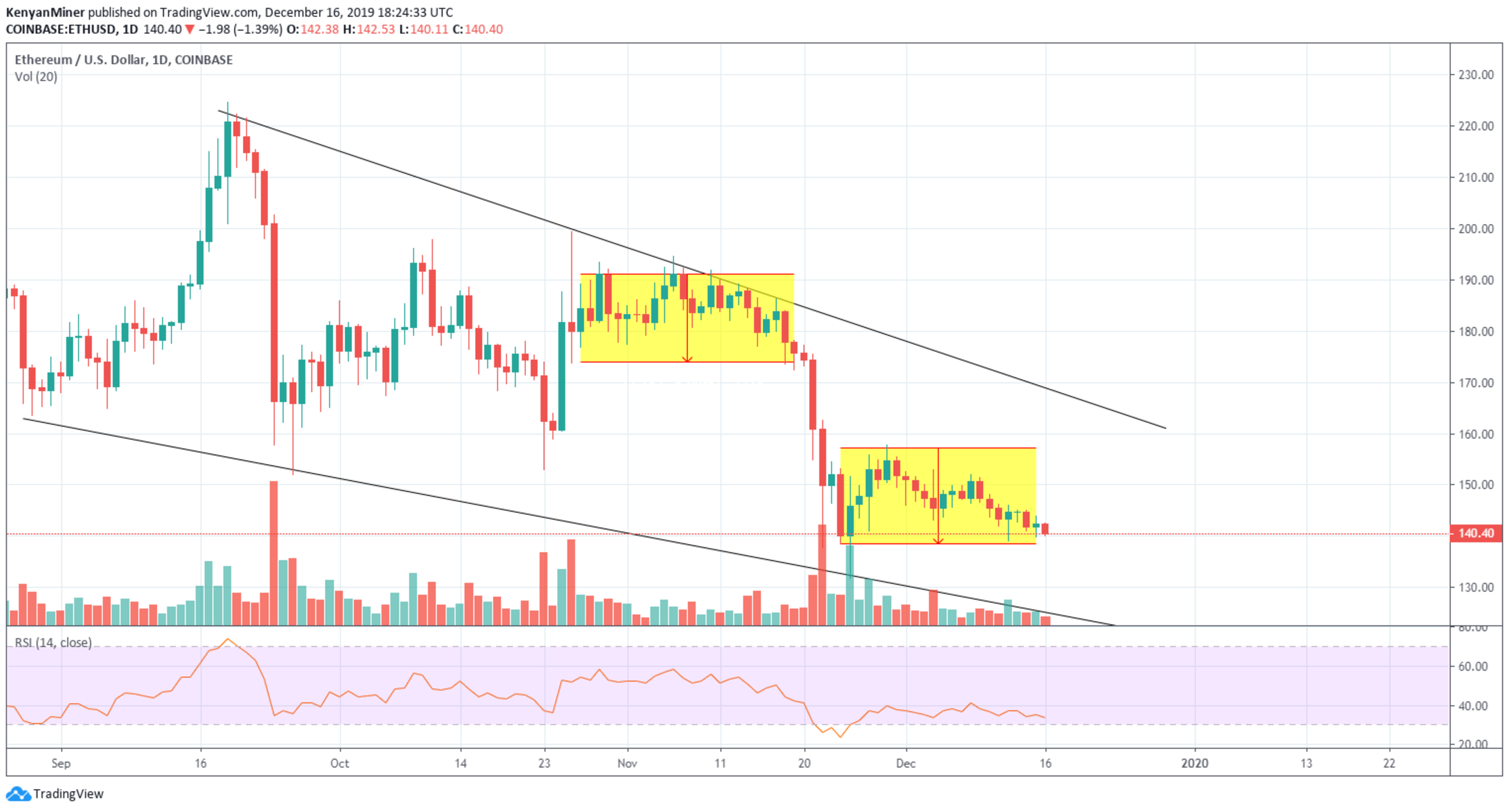 Looking at the daily charts, ETH/USD threatens to break below the rectangular pattern formation, a bearish move in the coming days. With the price on Coinbase dropping below the $140 USD mark testing the support level, and threatening an extended selloff period in the coming days. Furthermore BTC signals a drop towards the $6,000 region and ETH is expected to follow the pioneer coin towards a drop.

If $BTC now drops to $6600 I think people are over expecting Ethereum to see a large selloff due to previous market conditions.

Even if ETHUSD is to fall towards $100 USD region, it probably will not be due to the $47 million USD that has started its move from the genesis block. The suspicion on a possible dump of the recently moved 60,000 ETH may be exaggerated given the period of time the wallet owner could sell their ETH. If they did not touch the tokens during the $1,400 pump In January last year, and with the tokens still over 4,500% the owner seems ready to HODL their tokens.