Ethereum is has been the talk of the town over past one week. The coin had an ultimate collapse falling to levels of USD 170 after being in a stable territory of USD 250-270 region for a while. The recipe of negative sentimental and technical factors that cooked the collapse of Ethereum seems to be over now and Ethereum is coming out stronger recovering over half the ground that it lost.

What leads to the Ethereum fall?

Well, no one clearly knows what actually scripted the collapse of Ethereum, a lot of problems did come out which could have been a catalyst to this nose dive. For some time Ethereum has been in pain and has been criticized for poor scalability, extensive delays in transactions, high transaction costs, vulnerability to hacker attacks in the system of smart contracts. This was one of the core reasons why a lot of projects have been moving to its competitors like the Tron and EOS. What a lot of people believed that this competition would eventually bring down Ethereum.

This fear was further escalated when Bloomberg reported an interview with Vitalik which grabbed the headlines and was interpreted as the days of explosive growth in the blockchain industry have likely come and gone. Bloomberg reported Vitalik saying

“If you talk to the average educated person at this point, they probably have heard of blockchain at least once. There isn’t an opportunity for yet another 1,000-times growth in anything in the space anymore.”

There were also reports of Bitmex’s CEO, Arthur Hayes, telling his customers, under an official Bitmex account, to short Ethereum.  BitMEx CEO also went on to call Ethereum Shitcoin and this what could have also propelled the Dump in the coin.

Also, read: Ethereum Nosedive to 16 Months Low- Is it a Fundamental Weakness or Price Manipulation

With the following reasons being quoted in the crypto community for Ethereum’s likely collapse, the team, management, and the community seem to have cleared a lot of factors associated with this fall. Hence Ethereum has gained over 15% in the last 24 hours. 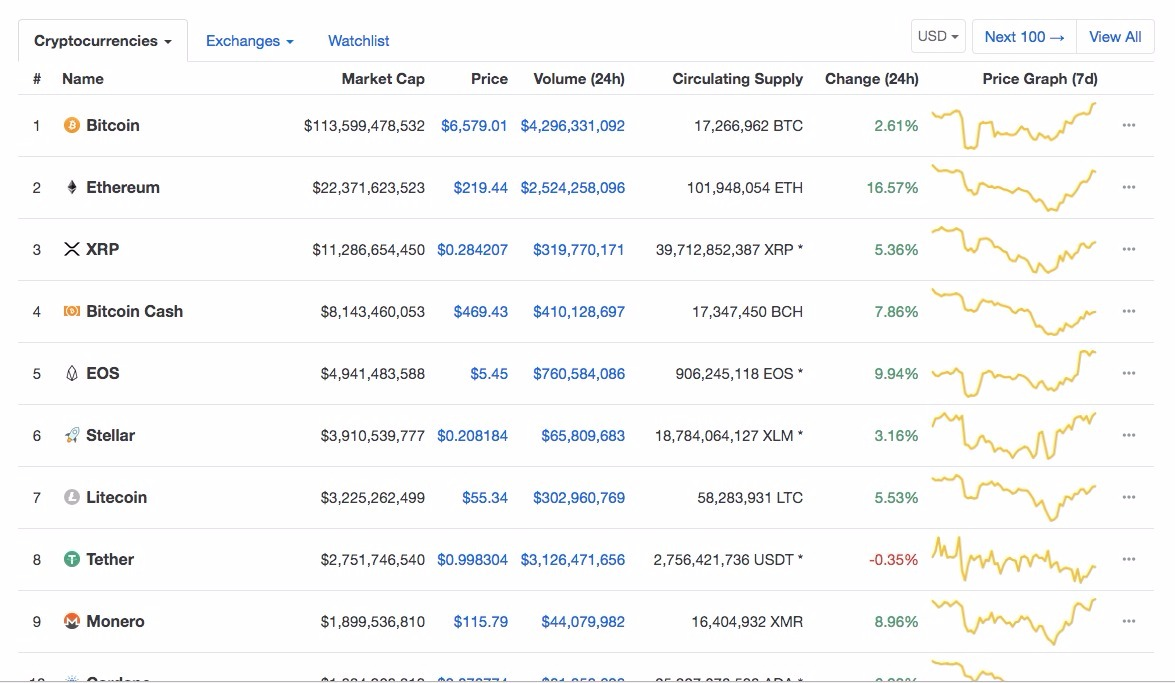 Firstly Ethereum collapse to a level of USD 170 took it to an oversold category technically. At this price Ethereum even with all associated problems was a value buy and hence people are buying the bottoms. If things improve for Ethereum one can be sure it will never see these low prices ever again and a lot of people who are criticising ETH now will definitely feel the FOMO.

With respect to Vitalik’s misinterpreted statement, Vitalik too has come out clear saying that he never said that there is “no room for growth” in the crypto ecosystem. I said there is no room for *1000x price increases*.

What I *actually* said is that, because large portions of the population have already heard of crypto, further growth of crypto in any sense must come from *depth* (ie. actual usage), and not bringing in more attention

Me: obviously, let’s be realistic, the entire world wealth is not going to turn into cryptocurrencies…

Guys, if you spin things this way you’re *incentivizing* people to act more like @justinsuntron

Not Just Vitalik, Binance’s CEO CZ also came with a clarification in support of Vitalik.

I still disagree with this. I will say “crypto will absolutely grow 1000x and more!” Just reaching USD market cap will give it close to 1000x, (that’s just one currency with severely restricted use case), and the derivatives market is so much bigger. https://t.co/bvSttEeCmc

You also can’t use traditional market size to measure potential for new technologies or industries. If you used (and people have) taxi market size to estimate Uber’s potential, you would be off by quite a bit.

To finish this on a positive note. This part, I agree with 100%. Depth will come. Chains with more use-cases. https://t.co/IbmECwaIyd

And if Ethereum technical problems are the reason for the fall, well yes there are technical issues with the project now but its plans around Plasma, Casper and Constantinople would definitely bring in some relief. Not to forget the new consensus algorithm which is to ease Ethereum’s congestion and make it more secure.

Also in the minds of the community, Ethereum is still a far superior coin than its new competitors. Alex Saunders, CEO & Founder of NuggetsNewsAU sees a bright future for Ethereum as he lists down the reasons. According to him Ethereum is still growing and evolving, and no miracles can be performed in short spans of time.

While this pullback has bought some relief for Ethereum holders and community, One has to see whether this rally sustains or it fizzles out. If this rally sustains, Ethereum will definitely come out strong and will inch towards USD 400 which according to many is much stable support for the coin.