In the ICO market, Europe is beating the US and Asia by implementing favorable regulations in order to become the hub of this new technology along with a vast talent pool in terms of developers.

European countries are in the dominant position when it comes to cryptocurrencies. About $4.1 billion of “token sales” this year belongs to Europe in comparison to $2.6 billion in the US and $2.3 billion in Asia. 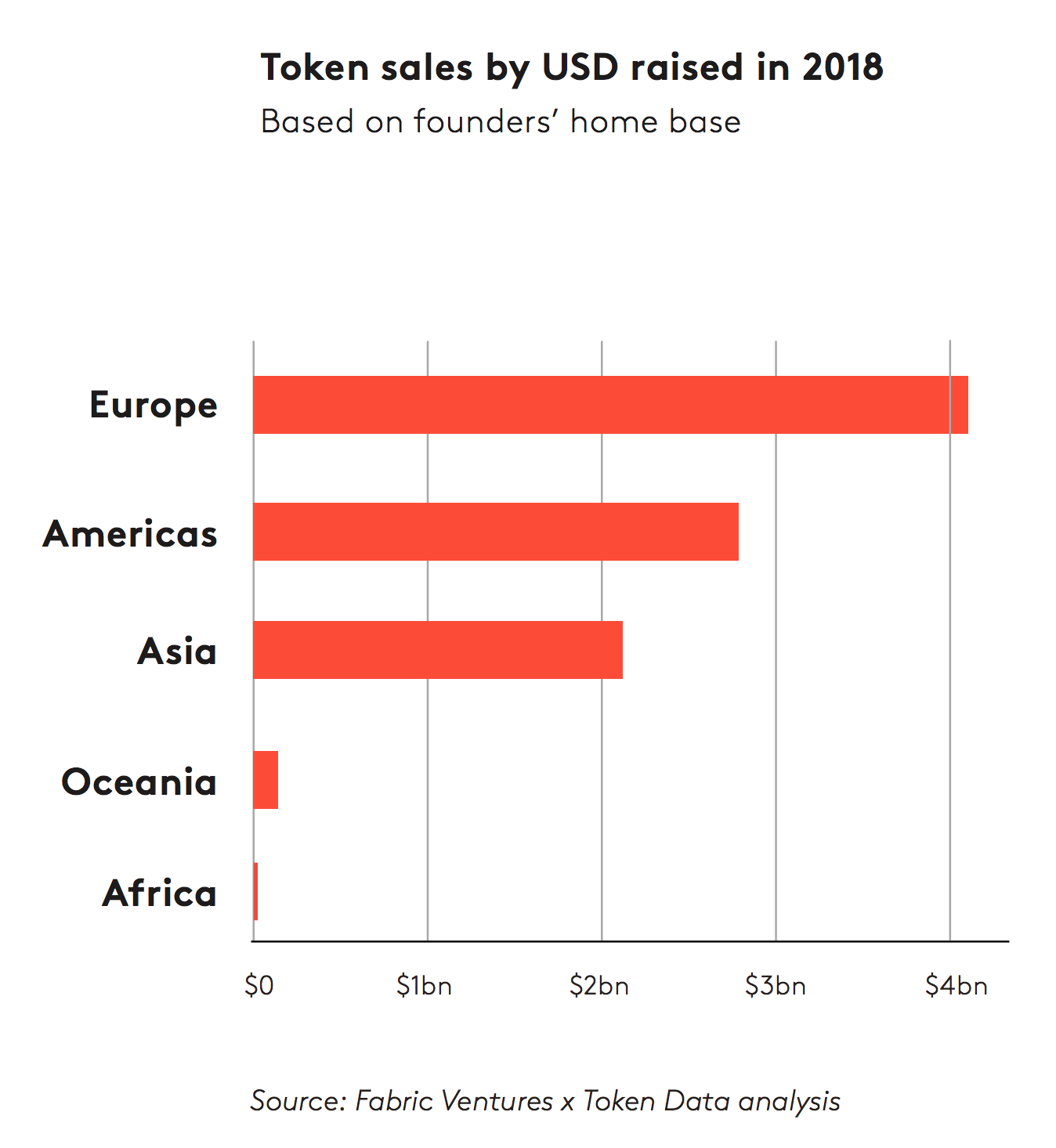 The latest report “State of the Token Market” by Fabric Ventures notes,

“While an increasing number of countries strive to attract crypto projects by creating a regulatory ‘sandbox’, the majority of founding teams and developer talent remain Europe-based. London, Zug, Berlin, and Tallinn are just a handful of cities leading Europe with robust blockchain talent. It comes as no surprise that these cities have historically been hubs for attracting top fintech startups.”

Out of all the Initial Coin Offerings (ICOs), 42 percent were the successful ones while majority that is 58 percent have been the failures that either reported a full refund of token sale proceeds or failed to disclose the data on fundraising completion. 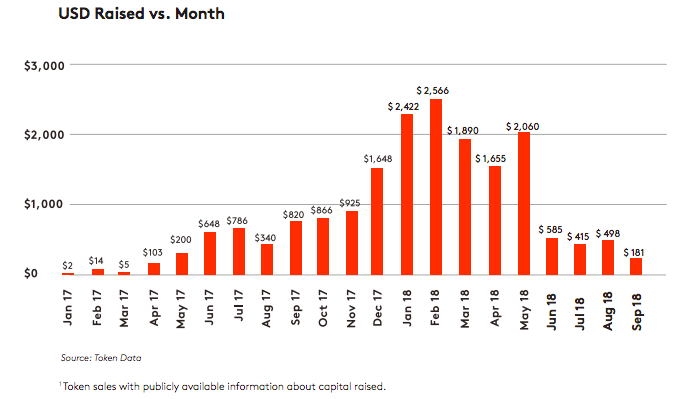 According to the report, favorable regulation and talent in the form of developers are behind this boom.

With about 5.5 million developers, as per Stack Overflow, Europe is in a good position in terms of talent in comparison to 4.4 million in the US. Furthermore, it has twice as many STEM PhDs as the US. The report states,

“…with this wave that’s democratizing access to capital, the technical talent doesn’t need to migrate to the US to raise venture capital and build global companies. As a result, the value created by founders coming from different corners of Europe has significantly outraced any other geographic region: $4.1bn has been raised by European projects in 2018 alone – versus $2.3bn in Asia, and $2.6bn in the US.”

France will not “miss out on the blockchain revolution,” as openly stated by France’s Minister of Economy Bruno Le Maire, and is planning to become the global hub for ICOs.

Moreover, the UK Chancellor has announced a crypto asset task force while Switzerland has already issued a clear regulatory framework. Additionally, smaller countries like Malta and Liechtenstein are moving ahead with open regulatory approaches to become global hubs for cryptocurrencies and decentralized networks.

“Throughout European countries, a competitive race has begun to provide the most founder-friendly & forward thinking regulatory environment for decentralized networks and their native crypto-assets.”

The report also takes the nature of European “city-states” another reason as “As a continent made of 50 vastly different countries, Europe is accustomed to working in distributed teams as well as building with a global outlook.”

Diverse and multinational teams are the way to go as every budding company in Europe knows the way to avoid the small domestic economies is to spread internationally.

advertisement
✓ Share:
Disclaimer
The presented content may include the personal opinion of the author and is subject to market condition. Do your market research before investing in cryptocurrencies. The author or the publication does not hold any responsibility for your personal financial loss.
About Author
Brian Bollinger
From the past 5 years I working in Journalism. I follow the Blockchain & Cryptocurrency from last 3 years. I have written on a variety of different topics including fashion, beauty, entertainment, and finance. raech out to me at brian (at) coingape.com

LinkedIn
Brian Bollinger
18 Articles
From the past 5 years I working in Journalism. I follow the Blockchain & Cryptocurrency from last 3 years. I have written on a variety of different topics including fashion, beauty, entertainment, and finance. raech out to me at brian (at) coingape.com
advertisement