If one goes on to study the Innovations that have transpired out an of various tech giants over the last decade, Facebook definitely would site in the top quartile of the list. Not so long ago the worlds most widely used social network was just a Harvard student’s dorm room hack. And the journey that followed from Facemash, to “theFacebook,” to its official public debut in September 2006, to its May 2012 IPO and where its stands today looks unmatchable and one of its kind that the world has seen.

Statistically Today Facebook has 1.49 billion monthly active users with over 1 billion mobile users. Facebook adds 500,000 new users every day; 6 new profiles every second with nearly 26.3% of the online population using Facebook. From its early days the social network and has undergone some pretty massive transformations and has achieved in a relatively short time- thanks to its proactive innovation.

And this proactive acceptance of innovation and integration into its business model and the main platform has now.

Facebook’s Initial Hide and Seek with Cryptos through Advertising Policies

While all of Facebook’s attempts on blockchain and cryptocurrency was behind doors, the only way to understand the official sentiments of the leading social media giant towards to their new form of money was by way of its advertising policies which itself was a see-saw.

The rise of cryptocurrency in the end part of 2017 also so the rise of ICO scams and frauds. A lot of these projects started using Facebook as a platform to market their coins. This forced Facebook to first enact changes to its advertising policy in January 2018 where it said that at the time that too many companies in this space were “not currently operating in good faith.”

Even though Facebook admitted that banning all crypto advertising was a broad change, the company said that its new policy would “improve the integrity and security of our ads, and to make it harder for scammers to profit from a presence on Facebook.” It also added that it would revisit the policy.

Fast forward six months, and apparently Facebook revisited its stance and this time around, it made advertisers go through an application process to determine their eligibility. This stance was marked as Facebook’s positive stance towards cryptos as it asked advertisers to include on the details of their application like what licenses they’ve obtained, whether they’re a publicly traded company and other relevant background information regarding their business.

Along with this Facebook said it will allow ads and related content from “pre-approved advisers,” but will still not allow ads promoting binary options and initial coin offerings.

Enter 2019 and in May 2019, Facebook said after listening to feedback and assessing the policy’s effectiveness the company will

Users are still required to get pre-approval for ads promoting cryptocurrencies, however.

While during this period there was a lot of time speculative reports emerged of Facebook entering crypto space, the official sentiment was only understood through its ad policies.

While the advertising policy did speak about the changing sentiment at the social media headquarters, Facebook’s recruitment policies and announcements did continue to provide the fuel the fire that the tech giant would soon embrace cryptocurrency. Again, with no official announcement in place, these announcements only provided the sentiment that was running through at Facebook’s strategy teams.

sAgain, the timeline set on December 2017 when Facebook took its first steps towards blockchain and distributed ledger technology as David Marcus the vice president of messaging products at Facebook joined Coinbase’s board of directors. This move was speculated to be a learning ground for Facebook to launch its own project.

After Marcus’s move towards blockchain and crypto technologies, Facebook time and again opened positions and acquired people who knew, understood and worked in and around blockchain. It also internally moved a lot of resources to form its blockchain team.

In May 2018, Facebook had announced that it is creating a small group of employees to explore how blockchain technologies can be advantageous for the social media giant. This group was to be headed by David Marcus, the man who was at the helm of Messenger for four years. Kevin Weil, the VP of Instagram was also moved from his role and was made part of the blockchain team.

Another major move that took place here was that of Evan Cheng, a director of engineering at Facebook. Chang who is a well-respected “low level” computer engineer and was responsible for heading up Programming Languages & Runtimes at the company was moved to Director of Engineering, Blockchain.

With the core team in place in December 2018, Facebook went all out recruiting the positions under this group. Facebooks careers page was updated as it opened up crypto positions. This included positions of a Data Scientist, Data engineer, a couple of engineers and A Product Marketing Lead in its blockchain division. While other jobs are still for developers and data guys, what caught the attention many is the opening for “Production Marketing Lead” which mentioned that the company was “seeking an experienced leader to build and manage a new product marketing team focused on exploring the opportunity the blockchain will bring” This position also demanded “experience with payments or the blockchain”.

While things became clearer in May 2019, Facebook picked up two compliance professionals from Coinbase, with significant prior experience in banking and payments. Among other names Christian Catalini, notable crypto-economist at MIT had taken a role at the company.

While the advertising policy and human resources movement did provide a glimpse of what was happening at the backdrop, the announcement of Globalcoin now joins the dots of what was brewing at the backend of this and how Project Libra took birth and grew in incubation.

Running the same timelines and Marcus stepped down from Coinabse’s board in August 2018 nearly 8 months after he took up the position in December 2017. At that time, a Coinbase spokesperson told the media that Marcus had stepped down to avoid the appearance of a conflict of interest.

In December 2018, media again went abuzz with a news report which said that Facebook was in a process of building a stablecoin. This was just at the time when stablecoins were touted to be the next best thing in cryptos. At that time, Facebook’s entry was reported as a WhatsApp-centered product, primarily focused one of the largest fintech markets that had still kept the distance from cryptocurrencies, India. That might have only been part of it, or Menlo Park’s ambitions might have since expanded.

While there were many who doubted this announcement of stablecoins as a rumor, Facebook just killed the rumor mill with an acquisition. The advent of 2019 got Facebook active again and this time the social media giant acquired a British blockchain company called Chainspace. This acquisition was more of an “acqui-hire.”, which meant Facebook was hiring the team of Chainspace more than the business, thus providing more power to its blockchain core group. This news also fuelled up the news Facebook was raising money, but details were sparse – especially due to Facebook’s long silent mode with respect to cryptos.

While all this was happening, Project Libra was slowly maturing inside the Menlo Park headquarter, making it more difficult to stay silent on. The first official glimpse of which came in February end and early March, when media reported that Facebook has already begun dialogues with the leading crypto exchange for listing its much-anticipated coin. The names that also popped up here were Coinbase and Gemini, providing a little more material to media reports, although there was no official announcement from anyone.

Now with more sources spilling the beans about Facebook’s project, Mark Zuckerberg, the man at the helm finally spilled some “official” beans. Speaking at the F8 event for developers Zuckerberg was quoted saying “I believe it should be as easy to send money to someone as it is to send a photo,” While not directly a cryptocurrency announcement, this statement was enough for people to understand what was coming.

Enter May 2019 and Project Libra was no more a mystery. The project was growing day by day and was super difficult to hide. Things became official as media reported that the social media giant had registered a company in Switzerland, Libra Networks, with Facebook Global Holdings as its stakeholder. It also reported that the code name “Project Libra” was also acquired from Libra Networks which was chaired by Majella Goss, who operated out of the co-working space.

This was followed by the major announcement when media broke again saying that the social media giant was planning to set up a digital payments system in about a dozen countries by the first quarter of 2020. It also mentioned that social media giant wants to start testing its crypto-currency, which has been referred to internally as Globalcoin, by the end of this year.

While Facebook is still silent of what could transpire with whatever is available in media one can draw some facts as to how would this look like. Some interesting facts regarding GlobalCoin include- Will the news has gone like wildfire and what all has transpired till date adds up to this news is true. But Will Facebook be able to manage it well? It’s not the first time Facebook has dabbled in digital currencies. A decade ago, it created Facebook Credits, a virtual currency that enabled people to purchase items in apps on the social networking site. However, Facebook ended the project after less than two years after it failed to gain traction.

Since then Facebook has matured enough and so has the idea of virtual currencies, many believe it can gain success and with 2.3bn monthly users, even if a small number of its users adopt the new GlobalCoin it could radically increase the number of people interacting with cryptocurrencies.

But the road would still not be easy as the US Senate and Banking Committee have also expressed their concerns in an open letter penned to Mark Zuckerberg questioning the working of the currency, the protection provided to the consumer and how it plans to succeed.

To conclude Globalcoin is still an exciting concept and its success lies in the hands of Facebook itself. How will Facebook market this and penetrates the market is something one will have to view to determine the success. 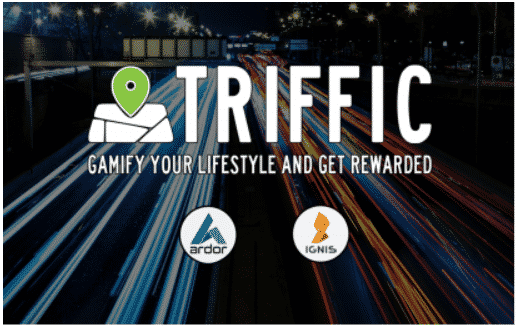 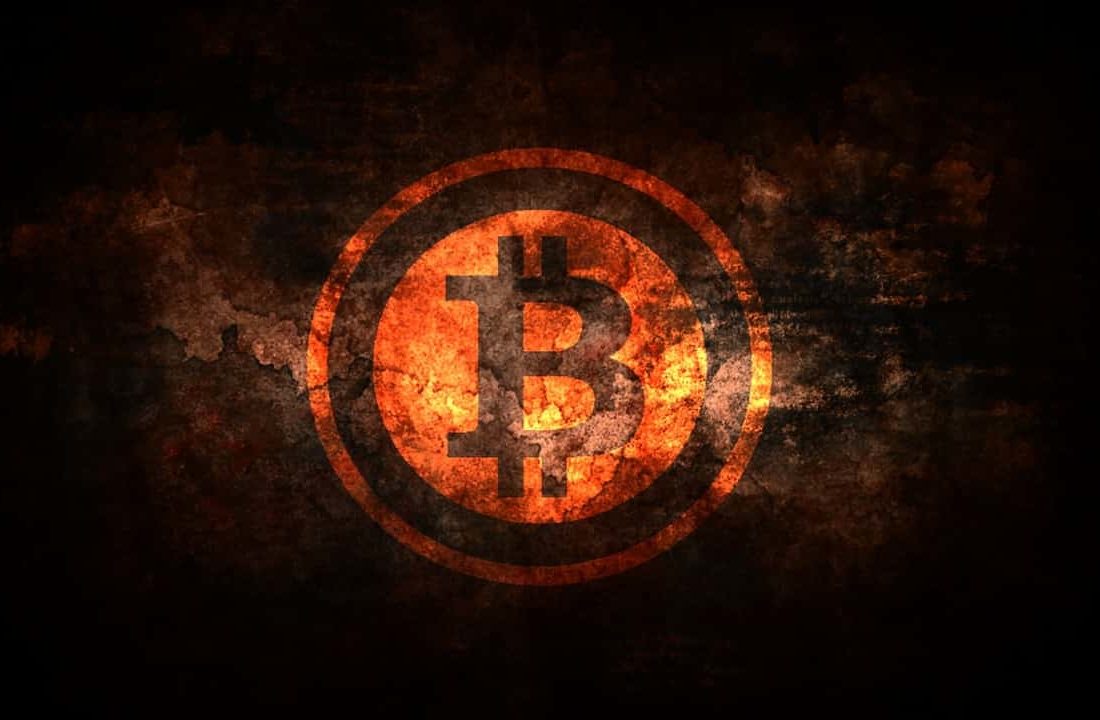 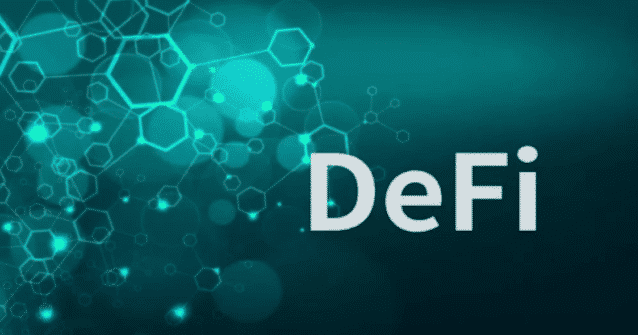 We Are Still Very Early in DeFi Market Investment: Analyst 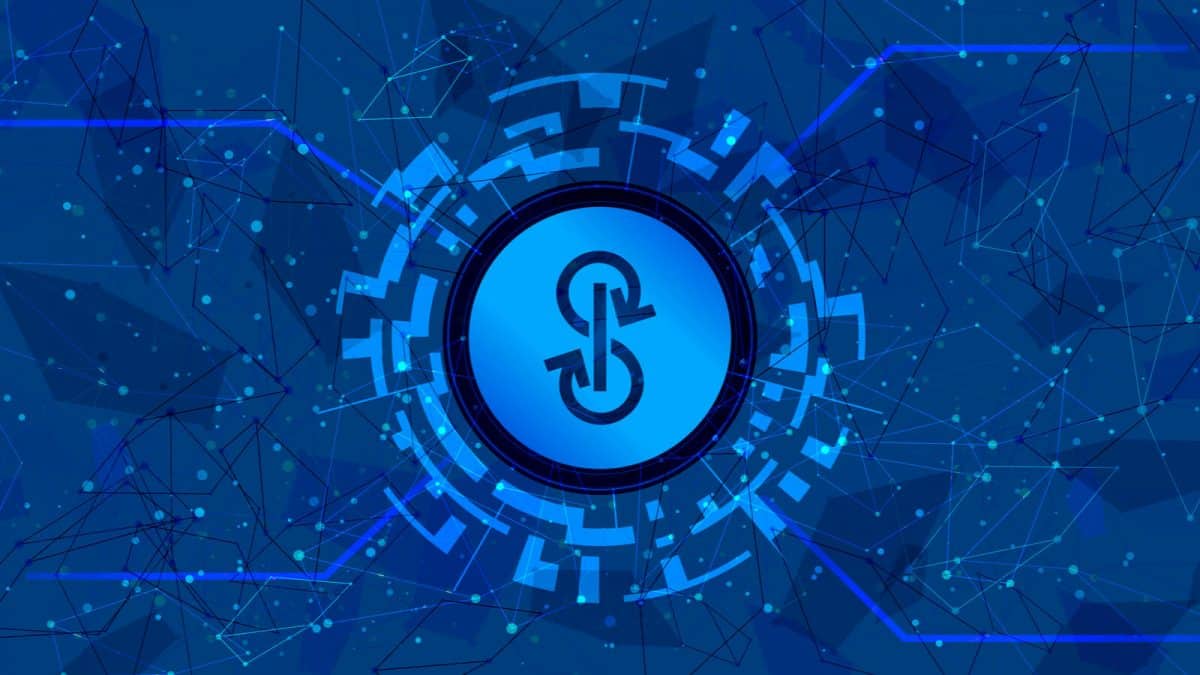 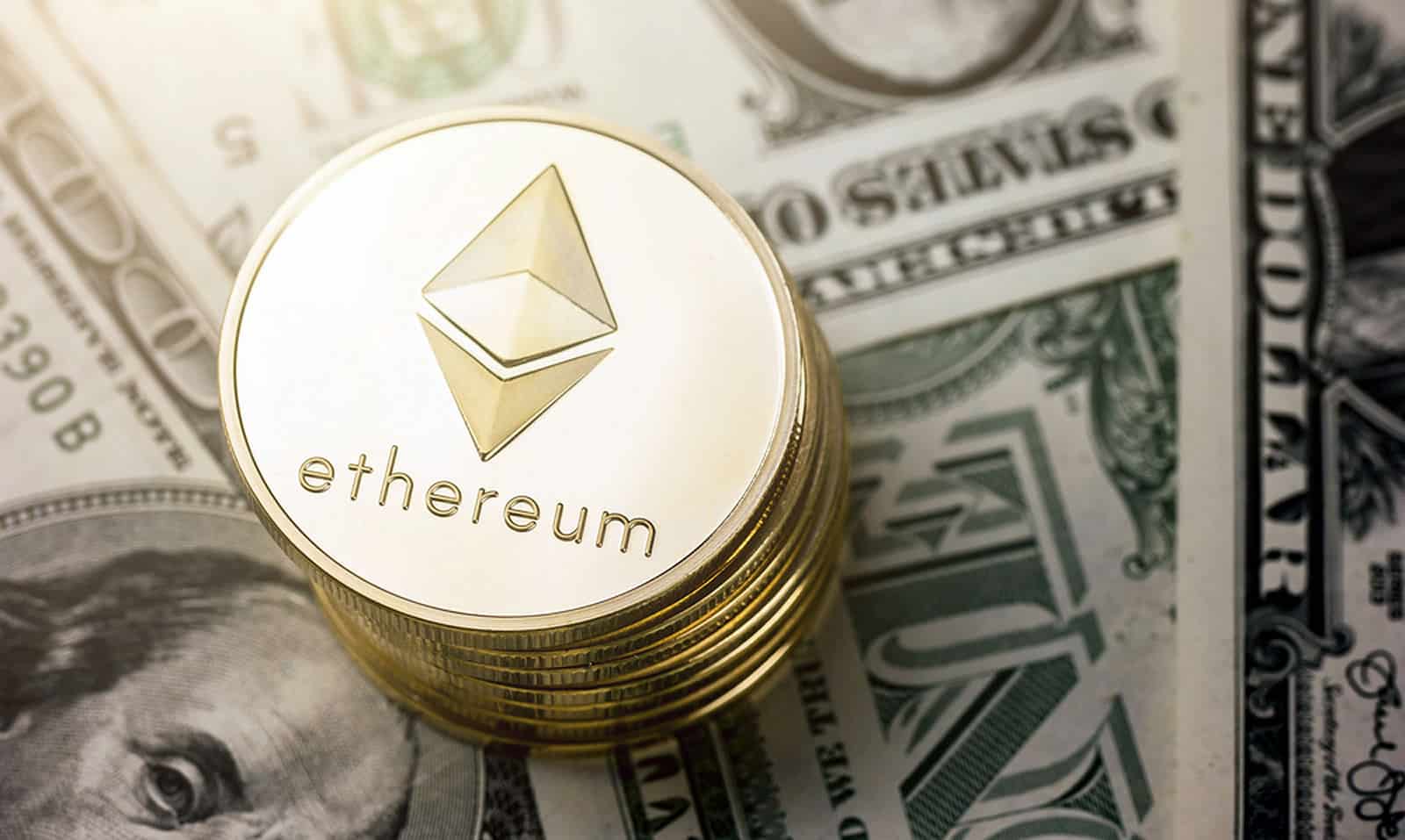 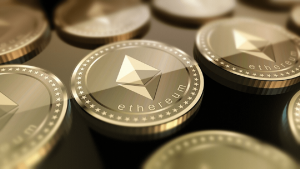 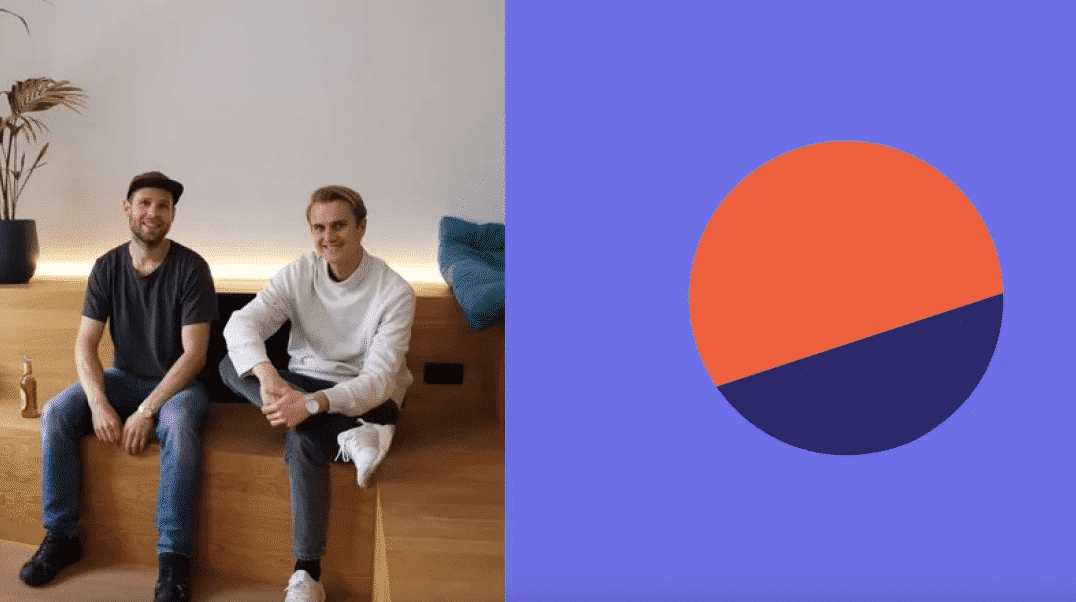 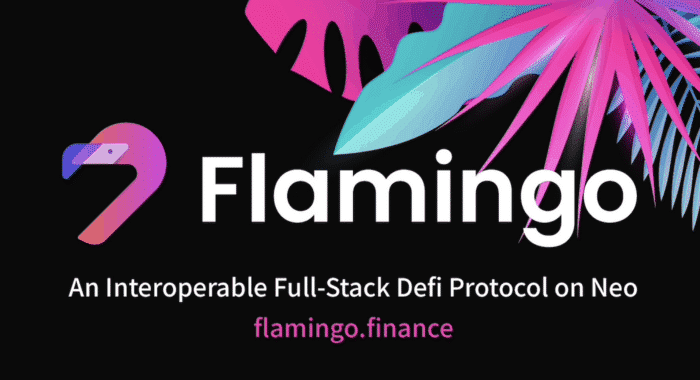 Binance Launchpool Unveils Neo-based DeFi Protocol Flamingo, Neo Price Surges 10%
Show Comments
Sunil Sharma 96 Articles
Sunil is a serial entrepreneur and has been working in blockchain and cryptocurrency space for 2 years now. Previously he co-founded Govt. of India supported startup InThinks and is currently Chief Editor at Coingape and CEO at SquadX, a fintech startup. He has published more than 100 articles on cryptocurrency and blockchain and has assisted a number of ICO's in their success. He has co-designed blockchain development industrial training and has hosted many interviews in past. Follow him on Twitter at @sharmasunil8114 and reach out to him at sunil (at) coingape.com
Follow Sunil @
Facebook Twitter LinkedIn