While the demand for stablecoin is increasing a lot of companies in the West especially in America are releasing Stablecoins. We haven’t heard much of releases from companies in the East especially from Japan and South Korea which are way ahead than others as far as cryptos are concerned. Well, there could be an end to this trend as First Bank of Toyama in Japan has launched a pilot project to test its own stablecoin.

The First Bank Coin (FBC) to be pegged to Japanese Yen

According to the latest announcement coming from Japan, The First Bank of Toyama has launched a pilot project to test its own stablecoin, the First Bank Coin (FBC), which it plans to commercialize the token in October 2019. It is also been heard that the stablecoin will be pegged to the Japanese national currency, the Yen at a 1:1 ratio. If successful this would be one of the rare stablecoins which is not pegged to a USD.

According to the report the new stablecoin will initially be used within the bank, and its employees will have the opportunity to use it at the bank’s headquarters as an acceptable means of payment. The bank employees will also use the stablecoin for remittance purposes via a smartphone app.

The FBC coin is not the first stablecoin to be launched in Japan. In April, Mitsubishi UFJ Financial Bank, one of Japan’s largest bank, piloted a stablecoin (MUFG) that allowed its employs to purchase goods at an unmanned in-house convenience store.

In this pilot, which is now at an advanced stage, the bank’s employees only need to scan a product they needed to buy using an MUFG coin mobile app, and the payment was made automatically.

In early October, GMO Internet Group, one of the largest internet companies and operator of one of the 16 licensed cryptocurrency exchanges in Japan also unveiled plans to launch a stable virtual currency pegged to the Yen in 2019. The internet giant also claimed that the project was progressing well as they got support from a number of banks in the country.

What would be interesting here is to see is how does this stablecoin fits into the Japanese cryptocurrency regulations as last week, the Financial Services Authority (FSA), Japan’s top financial regulator ruled that stablecoins are not regarded as cryptocurrencies. The FSA further said that the companies are not required to register with any organization when they issue stablecoins.

To quote the exact words of the regulator

“In principle, stable coins pegged by legal currencies do not fall into the category of ‘virtual currencies’ due to the Payment Services Act.”

With Japanese companies now getting into the frenzy of stablecoins, in no time we may see a plethora of stablecoins in the market. The task here would be picking the right one which is regulated and audited.

Do you think we will see more stable coins in the coming months? Do let us know your views on the same 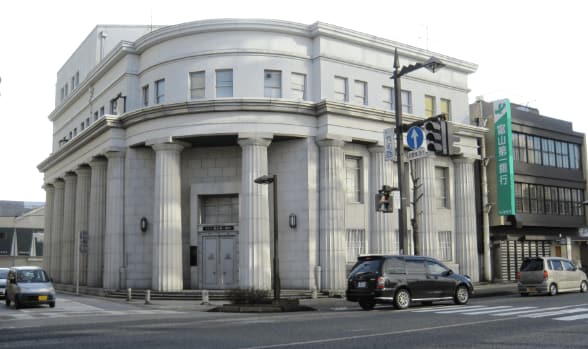 Article Name
First Bank of Toyama joins the race of launching stablecoin in Japan
Description
While the demand for stablecoin is increasing a lot of companies in the West especially in America are releasing Stablecoins. We haven't heard much of releases from companies in the East especially from Japan and South Korea which are way ahead than others as far as cryptos are concerned.
Author
Nilesh Maurya
Publisher Name
Coingape
Publisher Logo