With the global lottery industry generating over $279 billion in ticket sales in 2017 as per the World Lottery Association, the market in focus here has a lot of potential. A new ICO in the market that is already part of this industry is targeting the pain-points of this old-fashioned industry including limited outlets, the operation of physical hardware, and is heavily protected from competition. GG World Lottery is the ICO that is planning to conquer the lottery world around the globe by providing a seamless bridge between the old-school lottery world and the nascent blockchain technology.

This company has also been responsible for creating the unique white label lottery software. The software provides a ticket-purchase courier service for some of the most popular lotteries in the world.

It has already acquired 17 licenses in 12 countries while having a network of 600 million people. The idea is to globalize the lottery industry with this platform and GG World TV Show, the first global TV show with lottery players from around the planet.

GG World Lottery provides a detailed information through its explanatory whitepaper. With a professional feel to this document, it’s easy to capture the different facets of the project.

The company has a working prototype for its investors to understand the projects’ feasibility and viability.

Mark Hutchinson– CEO and President, A 35-year-old veteran of the global lottery industry, he has also been director of the Kansas Lottery. Hutchinson is a founding member of the Lotto America startup, the world’s largest lottery game later named Powerball.

Wojciech Łysak – Founder, Łysak has over 15 years of experience in online marketing and online gaming entertainment. He has worked with numerous successful startups while having the expertise in B2B relationships and connections as well.

Tomasz Kłapsia – CTO, With over a decade of experience in different aspects of technical development in the Internet and gaming industries. Kłapsia is the CTO and project manager at GG World Lottery along with working as the lead developer of White Lotto software. He also has experience in developing blockchain applications, mobile applications, and video games. 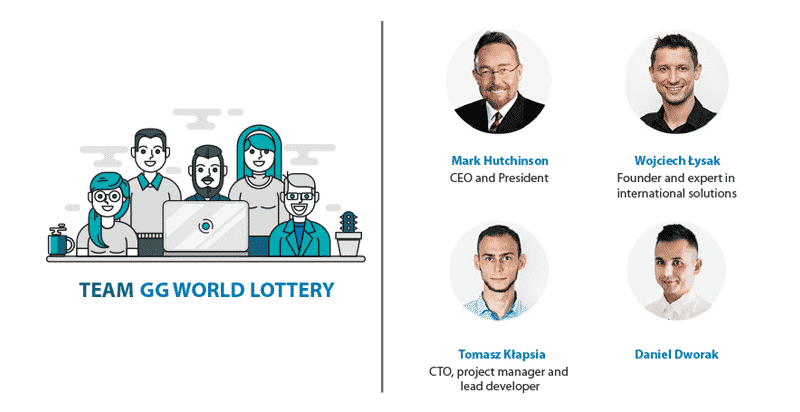 The token of GG World Lottery ICO is GGCOIN (GGC) that will allow all the token holders to receive a lifetime revenue share that is based on every GG world lottery jackpot prize win. The amount of these dividends is based on the total sales of GGCOIN. This means the more the tokens, the more the dividend will be paid out. They also shared that the unused tokens will be burned.

Based on the popular and most commonly used Ethereum blockchain, the project provides a clear number specification for a potential investor to dive in. It specifies $100 as the minimum contribution while having a hard cap of 500000000 USD.

The company has about 6 advisors listed on their website that comes from different sectors primarily tech and media. 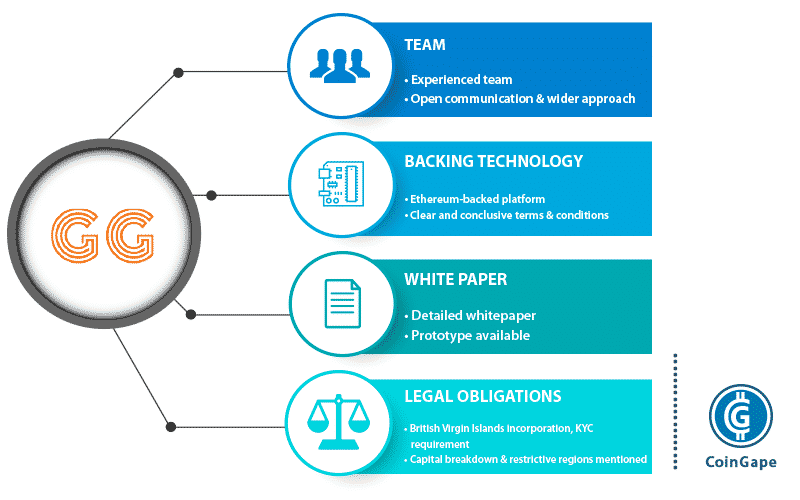 The company provides a clear picture of the distribution of tokens with a total supply of 500 million GGC tokens. Out of this, 75 percent is for crowdsale while 20 percent goes to the team and general bounty. The remaining 5 percent is allocated to the affiliate system.

Security is one of the major concern of the GG World Lottery as the traditional lottery system has physical and electronic security concerns while restricting the competition. The company has announced bounty program to ensure bugs are identified and security is maintained in its blockchain platform.

A billion dollar and old-school industry is the target market of GG World lottery ICO with a focus on transparency, security, and technical aspects. The future aspirations with global expansion talks a big game for the company.

GG World lottery already has a working prototype and experienced professionals. It has further provided all the information with an incentivized revenue model of its GGC token that can further draw in the investors and users. However, the implementation and progress after the launch will better show how exactly the old-school Lottery industry takes up and merges with the still nascent blockchain technology. 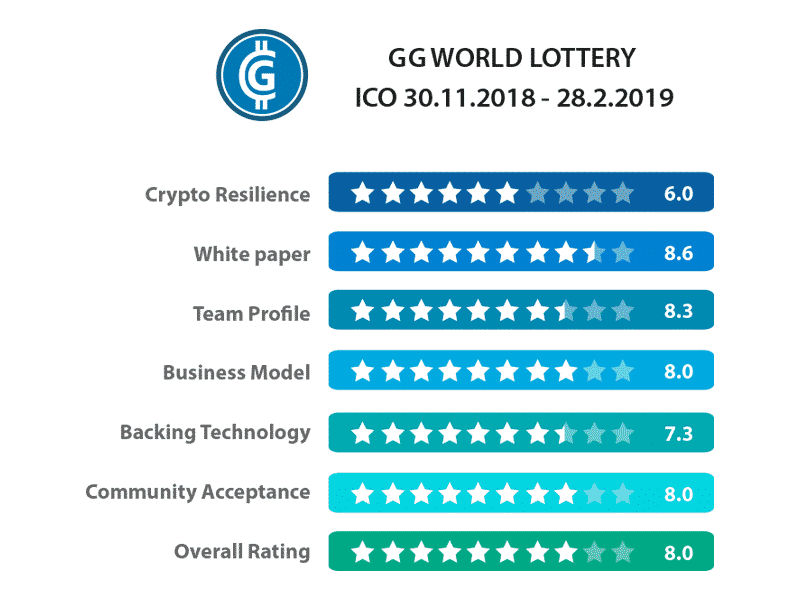 We have a team of robust professionals who rate the ICO projects in a completely unbiased manner.