The revolutionary ILCoin Blockchain Project continues to set trends in the way that blockchain looks and functions. The project is known for its contribution to the development of distributed ledger technologies, ever since they launched their C2P consensus almost 11 months ago.

During the last two years, the project’s developers have been dedicated to solving another major issue — scalability. Blockchain’s inability to scale and meet the demand of a growing number of users has been a problem ever since the launch of Bitcoin itself.

Now, due to ILCoin’s innovative approach, it the blockchain world finally has a lasting solution to the problem, in the form of its new RIFT protocol.

The structure and purpose of RIFT

RIFT protocol is different from any other method and approach that blockchain developers have used in order to deal with scalability issues in the past. The key aim of ILCoin Development team was to change the blockchain architecture in a way that would allow transferring data most efficiently. The resulting solution is quite simple in concept, although its invention proved to be a problem that was only solved after years of study and development.

RIFT introduces a second layer of blockchain that consists of mini-blocks. These mini-blocks will be contained in regular-sized blocks, but with two important distinctions — mini-blocks will be the ones that will reference transactions, and they will be generated, not mined. Each block will have as many mini-blocks as necessary to accommodate all transactions that need to be solved at any given time.

This way, RIFT solves the scalability issue through the optimization of the data transfer and synchronization process, and creates many possibilities for storing all data on-chain in an efficient way.

This is the first time in blockchain history that an efficient block of this size was created, as no one imagined that such large blocks would be practical. Their size alone would cripple the blockchain, as mining such blocks would take a huge amount of time. However, ILCoin’s RIFT makes it possible due to the previously explained method of using mini-blocks.

Hard fork in the process

ILCoin Blockchain Project has successfully finished a hard fork to implement the RIFT protocol. This technology puts the scalability problem in the past and creates more than enough room for the wide adoption of blockchain, creating high value for this technology and demand for it – and also bringing up the value of ILC, the ILCoin’s cryptocurrency, which will be at the heart of the new system.

In future, RIFT can also be adopted by SHA-256 blockchains. It is an important breakthrough for the whole sector, which makes DLT much more efficient and has the potential to bring the entire blockchain industry forward, by finally solving one of the largest problems that have troubled it since its very birth. 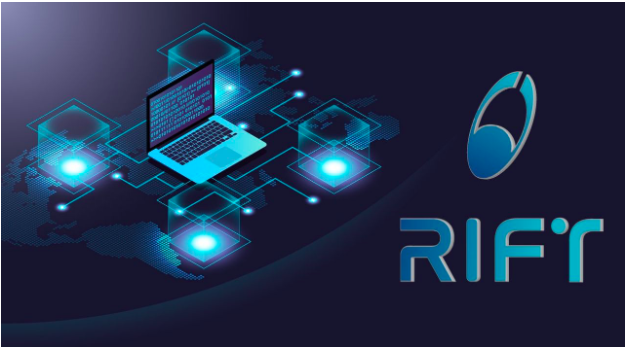