During the Bitcoin bull run in late 2017, you might have heard from Mrs. Watanabe. This archetypical Japanese housewife, who manages the household finances as one of her duties, stands as a metaphor for all the Japanese who are versed in ForEx and crypto trading. Although being traditionally risk-averse, low interest rates in Japan, starting from the 1990s, have driven “Mrs. Watanabe” to learn the ins and outs of ForEx trading and foreign investments. With the advent of cryptocurrencies, many Japanese investors have begun to pick up crypto trading and profited heavily from Bitcoin’s price accumulation.

Now to spin this metaphor even further, just like you can’t spell crypto without blockchain and vice versa, in order to invest money, Japanese housewives need a husband who earns the money in the first place. So if Mrs. Watanabe is the economics side of crypto, then maybe Mr. Watanabe is the technology side. After all, the cryptoeconomy’s collective market cap of currently almost $200 Billion did not fall from the sky, but was largely the result of technical development.

I don’t know if “Mr. Watanabe” is a good metaphor for blockchain development, but Japan does in fact have a very active blockchain community and many aspiring blockchain projects choose Japan as a go-to country for their marketing efforts. Let’s take a look into some projects with a large Japanese user and developer base. 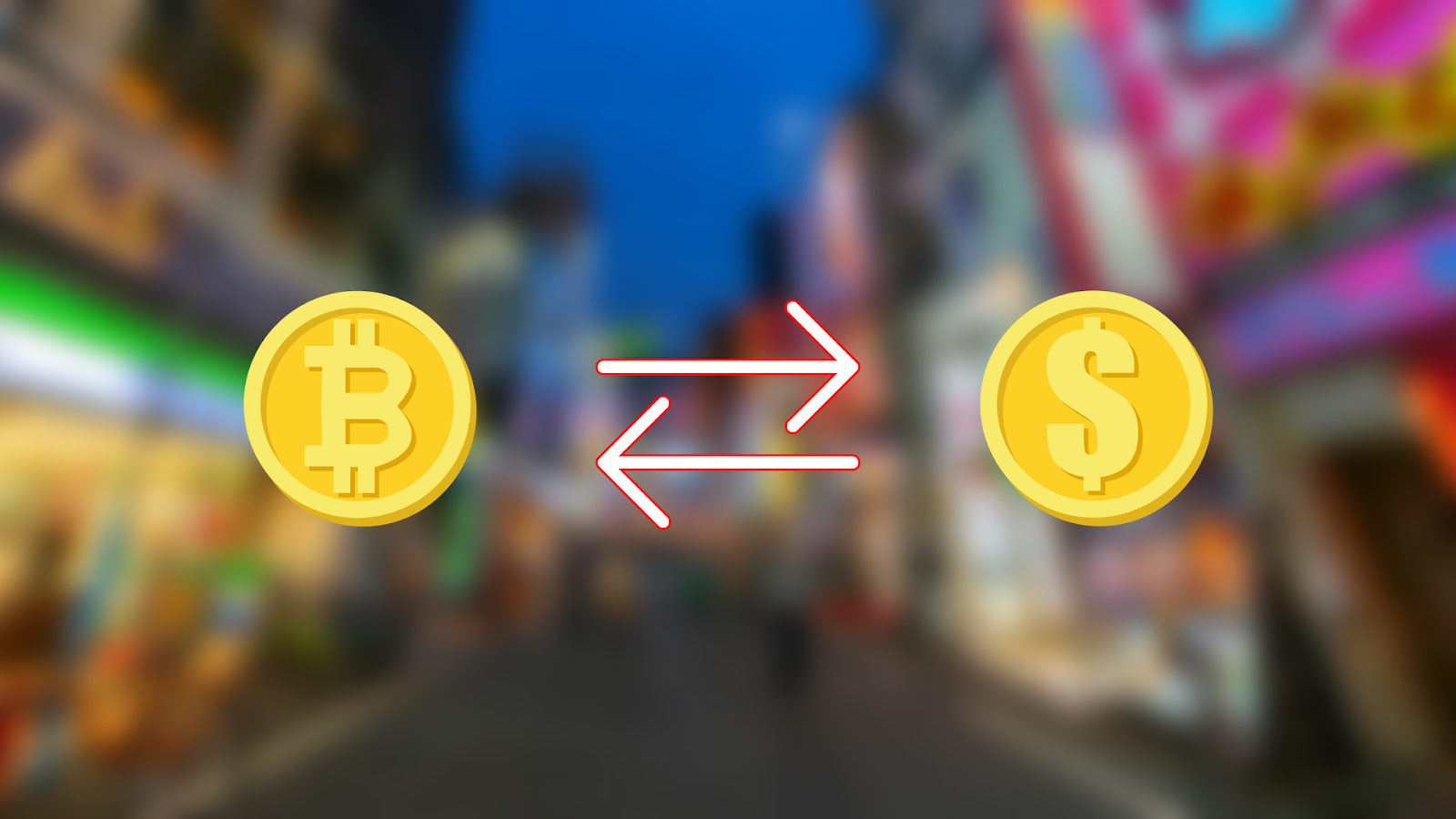 There is a multitude of exchanges operating from Japan. It should be noted that cryptocurrency exchanges in Japan are heavily regulated by Japan’s Financial Services Agency (FSA), which issued several businesses improvement orders to exchanges in 2018. Despite the regulator’s efforts to improve cybersecurity, Japan has a history of exchange hacks. In response, several exchanges have worked together in establishing the Japan Virtual Currency Exchange Association in April 2018, as a self-regulating body under approval of the FSA.

Here is a non-extensive list of some of the largest Japanese exchanges:

Founded in 2014, BitFlyer became the largest exchange in Japan by 2018. They are based in Tokyo with offices also in Luxembourg and the US. After a business improvement order, there was a brief period in which BitFlyer stopped accepting new customers and changed out their management. Since July 2019, BitFlyer accepts new accounts again, offering services to customers in the US, Japan, and Europe.

Bitbank is a JPY-to-crypto exchange that does not charge any fees on trading and deposits. With their API service, they enable third-party blockchain projects to integrate exchange capabilities into their products.

Some Japanese crypto exchanges are backed by large established companies. Examples for this are GMO Coin, which is a subsidiary of Internet service and hosting provider GMO, and BitArg, which is collectively owned by the CMD Corporation and Yahoo! Japan.

This typically results in their parent companies accepting crypto as payment options. For example, BitPoint is a subsidiary of Remixpoint, a large energy supplier in Japan who has not only started to accept payments in Bitcoin, but also offers a discount for customers who use this payment option. Another partner of BitPoint is Japan’s leading low-budget airline, Peach Aviation. 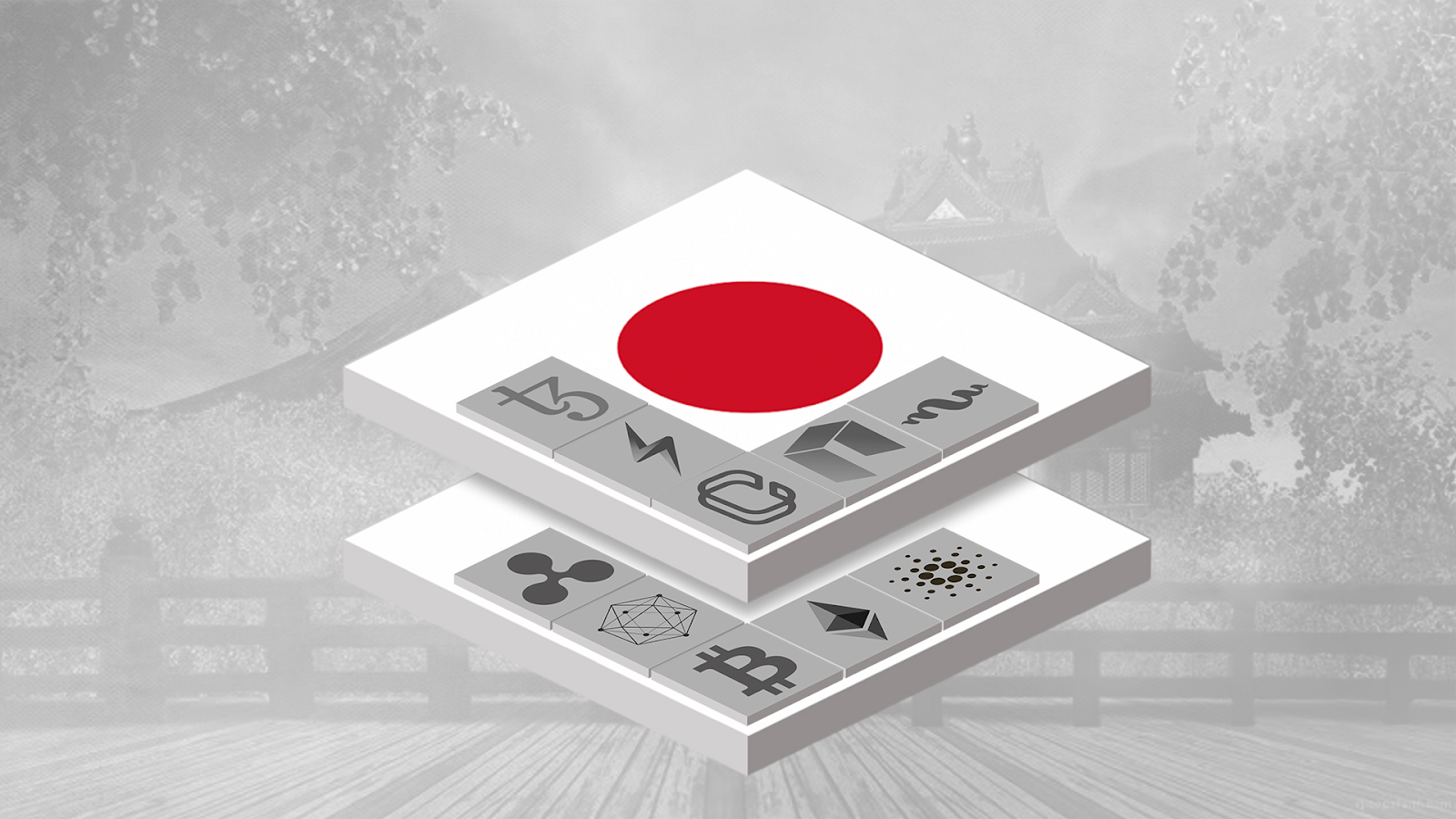 Besides exchanges, another trademark of Japan’s blockchain community is a strong focus on Layer 2 solutions for leading blockchains. As such, many of the developers behind the Lightning Network are based in Japan. One of the institutional developer groups for the Lightning Network is Nayuta, aiming to add IoT functionality to Lightning. Tokyo’s Cryptoeconomics Lab is developing a Layer 2 application framework by the name of Plasma Chamber, operating on Ethereum and Tezos.

As in most other countries, the blockchain community is concentrated in the capital city. As such, Tokyo hosts a large number of active blockchain meetup groups. Large Layer 1 Blockchain projects with regular meetups in Tokyo are Bitcoin, Bitcoin Cash, Ethereum, Hyperledger, and Cardano. Oftentimes, these meetups are held at blockchain specialized coworking spaces such as Neutrino and HashHub.

Alongside them, some lesser known Layer 1 projects have a Japanese community. CasperLabs, lead by Vlad Zamfir has hosted several events in Japan. NEO has a strategic partnership with gumi Cryptos Inc. in order to promote their smart contract platform in the Japanese market, as well as having hosted a series of meetups in Tokyo.

Similarly, New Zealand based Centrality has a strong connection to the Japanese blockchain community and a high-value partnership with Japanese IoT platform Jasmy. In the past, Centrality has organized several meetups in Japan and exhibited at Japan Blockchain Week in 2018 and 2019. Besides English, their website and blog articles are all translated into Japanese.

Another Layer 1 project with ties to Japan is OmiseGo. After receiving funding from a the Japanese VC companies Global Brain and Nomura. MUFG, the fifth largest bank in the world had plans to issue a Yen-backed stablecoin. Due to regulatory issues, these plans were just recently rolled back in favor of a more traditional digital payment service.

Another big player in Japan’s blockchain ecosystem is Soramitsu, working together with national security depositories in Slovenia and Russia, as well as working on a collaboration with the National Bank of Cambodia in issuing a national stablecoin based on Hyperledger Iroha.

Tech Bureau is a software development company operating out of Osaka, with another crypto and FinTech laboratory based in Zug, also known as the Swiss Crypto Valley. Besides joining forces with NEM for joint development and revenue sharing, Tech Bureau’s products are mijin, a private business blockchain, Zaif, another cryptocurrency exchange, and COMSA, an ICO/STO platform.

Without a doubt, the granddaddy of Japanese blockchain initiatives has been kicked off by LINE, Japan’s largest messenger app with over 80 million users. In 2018, LINE officially became the first social network in the world to launch a cryptocurrency, complete with a DApp platform and, of course, and exchange that goes by the name BITBOX.

Driven by low interest rates and financially literate citizens, Japan became one of the leading countries in cryptocurrency adoption. This is complemented by an active blockchain community and companies operating a multitude of exchanges and contributing to Layer 1 and 2 development.

On the business side, many large incumbent companies either have founded blockchain subsidiaries or are partnering with blockchain ventures. Additionally, there are many fruitful partnerships between blockchain projects, both on a domestic level and in cooperation with foreign initiatives. Japan’s leading social messenger is the first, and to the current date, the only social network worldwide to operate a cryptocurrency.

Ethereum Founder is No Longer a BIllionaire
Twitter LinkedIn
Achal Arya
527 Articles
Achal is an entrepreneur and a product designer with a bachelors degree in Computer Science. He works in the Web3 domain and manages new developments at Coingape. Follow him on Twitter at @arya_achal or reach him at achal[at]coingape.com.