The struggle of Bitcoin to go beyond $4000 still exists which is likely the yet another reason for analysts to foresee its upcoming value. Per the Bloomberg report, JPMorgan Chase & Co believes Bitcoin today is worth less than the cost of mining.

As per the report, in the fourth quarter, the cost of mining for one Bitcoin comes around $4060 globally. In a report, on Jan 24, 2019, John Normand, JPMorgan head of cross-asset strategy discusses the cost of mining and the value of Bitcoin. Low-cost miners in China are approximately paying $2040 to mine one bitcoin and however, the deal would be still good with the ‘direct power purchasing agreement with electricity generators’. He said

“The drop in Bitcoin prices from around $6,500 throughout much of October to below $4,000 now has increasingly pushed margins further and further negative for just about every region except low-cost Chinese miners,”

Electricity or the usage of power is the greater component to mine Bitcoin. In this case, leveraging direct electricity from the generators like ‘aluminum smelters’ which plans to sell excess power generation made bitcoin mining a much effective and bitcoin worth less than that. Notably, at press time, the cost of one Bitcoin is $3,573.56, dropping with almost 1 percent over the past 24 hrs. 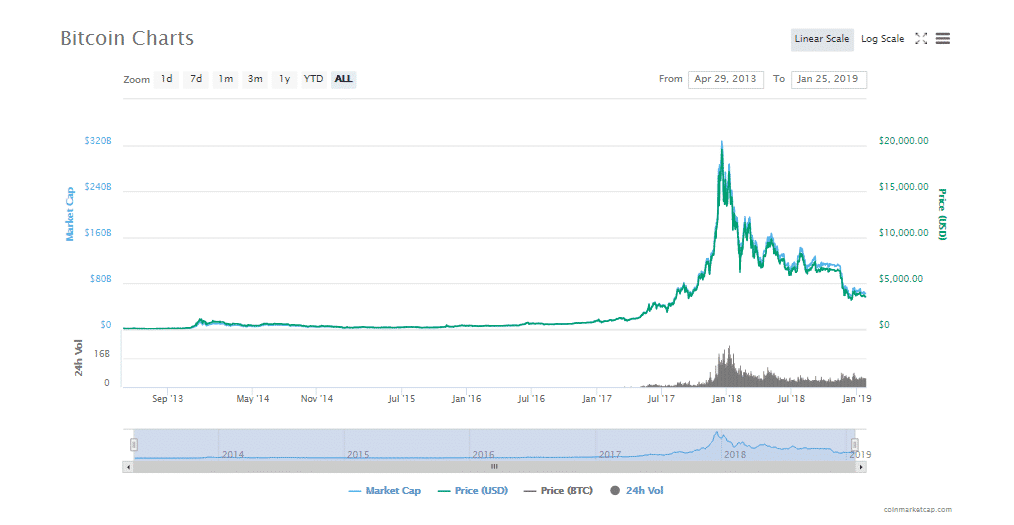 Considering the negative margin, JPMorgan says that it is more likely for production firms to pull out from their major shares from the market. But he further cites that ‘this hasn’t happened yet’. Adding this, JPMorgan points the eventual growth of these producers across the Czech Republic, US, and Iceland over the past years. The report notes that;

If there is capitulation, the remaining miners may actually see their costs fall as they would win a greater share of Bitcoins for the same amount of energy consumption. If only low-cost Chinese miners remain, the marginal cost could drop to less than $1,260 per Bitcoin,

JPMorgan has long been negative about Bitcoin and other crypto assets. They’re doing it this time too. Besides pointing the decline in the price of Bitcoin, John Normand, head of the cross-asset strategy with JPMorgan sees Bitcoin as a poor store of value. Additionally, he points that the gyrations in crypto will result in a ‘diversification hedge in portfolios’. Normand adds in the report,

“Even in extreme scenarios such as a recession or financial crises, there are more liquid and less-complicated instruments for transacting, investing and hedging,”

Continuing the hedging asset, he predicts if the correlation of Bitcoin with other crypto assets comes near zero, then

“low correlations have little value if the hedged asset itself is in a bear market. If the future indeed entails dystopia, then for consistency, investors and corporates should be making broader and deeper preparations beyond just acquiring cryptocurrencies,” He concluded

It’s not the first time for John Normand talking enthusiastically on Bitcoin, in earlier Feb 2018, he demanded ‘Bitcoin to be a legal tender for adoption’. In Bloomberg interview, he had said his preference is ‘government-issued currencies over Bitcoin’.

“As long as it will never be legal tender, I fail to see how it’s ever going to be the challenge to government-issued currencies”

Twitter
Tabassum
562 Articles
Tabassum is a full-time content writer at Coingape. Her passion lies in writing and delivering apt information to users. Currently, she does not hold any form of cryptocurrencies. Follow her on Twitter at @Tabassumnaiz and reach out to her at Tabassum[at]coingape.com