Kimchi Premium, a reference to inflated prices of cryptocurrencies in South Korea, has been one of the striking features of the exchanges that operate in the country. As global markets matured, this premium slowly diminished. But today the Kimchi premiums reappeared in Korean exchanges, placing Bitcoin mysteriously, USD 40 higher than what it traded elsewhere in the world.

The reappearance of Kimchi Premium a mystery

According to the recent reports published in TrustNodes, Bitcoin was trading at ~$40 premium on South Korean exchanges, Bitfinex and Binance, compared to Coinbase and other exchanges when previously they were at roughly the same price. The reappearance of this premium has taken everyone by surprise as the reason still remains unclear why this divergence in price happened. 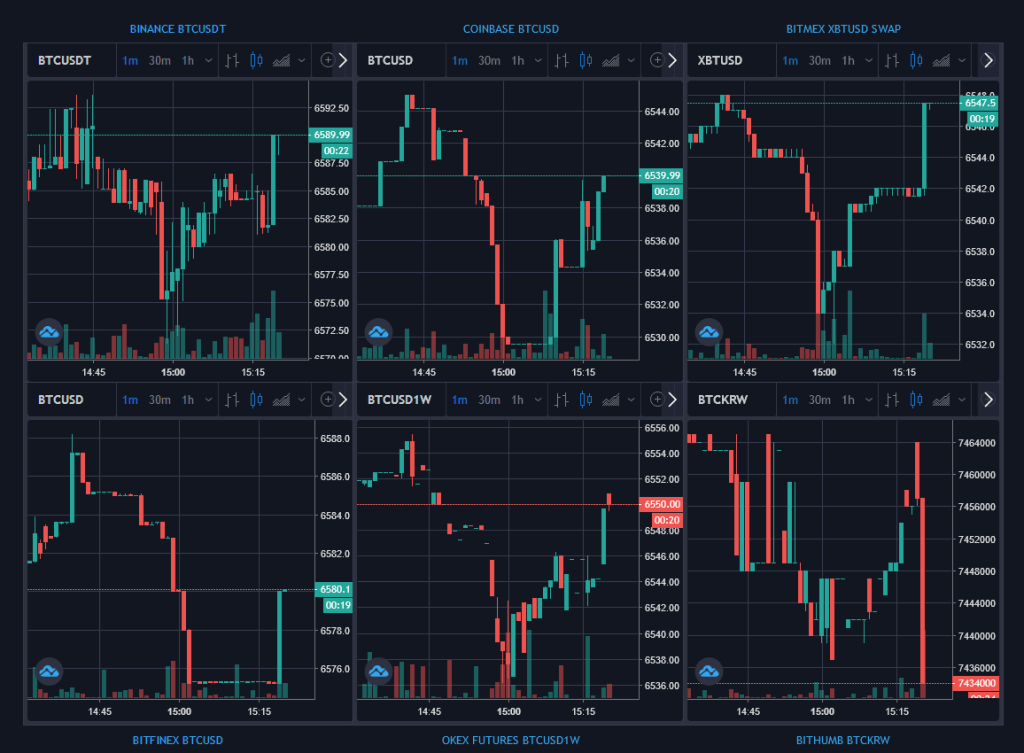 The same was noted by a few on twitter:

Initially, this premium was associated with to tether following rumors that tether’s bank is nearly insolvent. According to the report published in Bloomberg, Tether and Bitfinex had left Noble Bank International, which is now looking for a buyer, leaving the question unanswered as to who exactly will now be providing Tether and Bitfinex banking services.

But Bitcoin’s price on OKEx, which uses USDT for bitcoin trading, does have a slight premium over Coinbase but only by ~$10. BitMex is almost at the same price as Coinbase making it unlikely that the premiums were because of the tether.

With time passing, it became clearer that the premium was coming from South Korea, with Bihumb’s bitcoin price currently standing higher than even Bitfinex and Binance. Likewise, Upbit’s bitcoin price in South Korean money stood at a premium of almost $100, far more than other “proper” top exchanges. 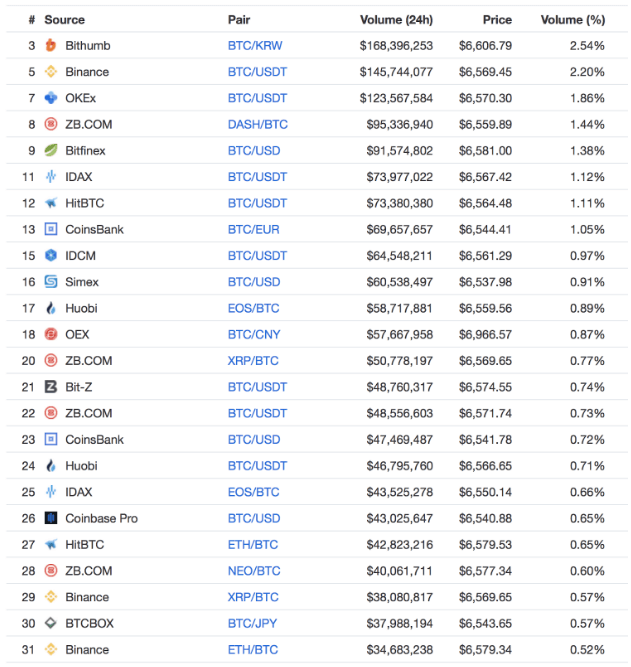 Bank of Korea caution seems to be coming true

Last month a Korean local news outlet No Cut News had reported that South Korea’s central bank had cautioned official that another “Kimchi Premium”-like situation would reappear if regulations and crypto trading frameworks are not soon introduced. At its peak, the Kimchi Premium caused a 40 percent difference in the prices of Bitcoin (BTC) between South Korea’s local exchanges and those abroad.

While BTC boasts the highest premium among all cryptocurrencies, a slew of altcoins traded over 30 percent above global cryptocurrency markets, creating ample opportunities for arbitrage trading and spot profits.

This morning we excluded some Korean exchanges in price calculations due to the extreme divergence in prices from the rest of the world and limited arbitrage opportunity. We are working on better tools to provide users with the averages that are most relevant to them.

From July 2017 to May 2018, cryptocurrencies in South Korea were, on average, 5 percent more than global markets, with the average rate peaking at 48 percent in January.

While the mystery of resurfacing of Kimchi premiums still continues, a crypto enthusiast would expect the reason behind this to be a healthy one rather than some unethical activity. One will have to patiently wait to see whether this premium sustains or it fizzles out.

Are Kimchi premiums good sign for crypto markets? Do let us know your views on the same.