Popular Software guru and crypto enthusiast John McAfee has voiced his opinion on Twitter about a certain CZ coin in a manner similar to the way he had promoted (Shilled) at least ten cryptocurrencies in the past, all of which are now popular shitcoins.

McAfee took to his Twitter handle to publicly announce his support for the rather strange project and its cryptocurrency and to inform the community of both the available developments and the advantages that exist.

The @china_zombie people have created their protective medallion which all purchasers of $50 or more worth of the CZ coin will receive. The company insists that their retrovirus that has spread to all zombies is generically keyed to these medallions. Possessors will not be eaten. pic.twitter.com/dIPj5Xeaaj

The project in question is simply called CZ coin which is being developed by an individual or by a group of people existing as South China Zombie Research Center, whom McAfee himself referred to as ” China Zombie people.”

Following the lead of China Zombie Research Center, zombies might eventually find their way to applying the blockchain technology for reason not entirely clear after learning how to use cryptocurrencies through their zombie retraining program. The CZ coin project, which has been tweeting heavily on the human-zombie economic relationship and the chemo-control measures necessary for zombies to coexist with humans, has received less following and has less than 2k active followers on Twitter, which of course, might be one reason why McAfee has appeared aboard.

While it is not incorrect to conclude that McAfee was paid for his promotional tweet about CZ coin, he also revealed that he was doing a job he got paid for and that investors who buy in about $50 on CZ coin “will not be eaten.”

I was paid to do a job. I am doing it. I will report fully on my findings … do not worry. In the meantime they are my client and I must reserve judgement until all the facts are in. I have, believe me, seen stranger things enter the world of reality.

While this news of crypto zombie might sound entirely a joke to many, there’s something worthy of note to investors- McAfee’s historical coin shilling. In a 2018 post which focused on the many misleading pumps and dump coin shillings performed by McAfee, he was said to have promoted at least 10 coins which in turn got the heavy following from crypto investors who had a great belief in John McAfee’s calls. 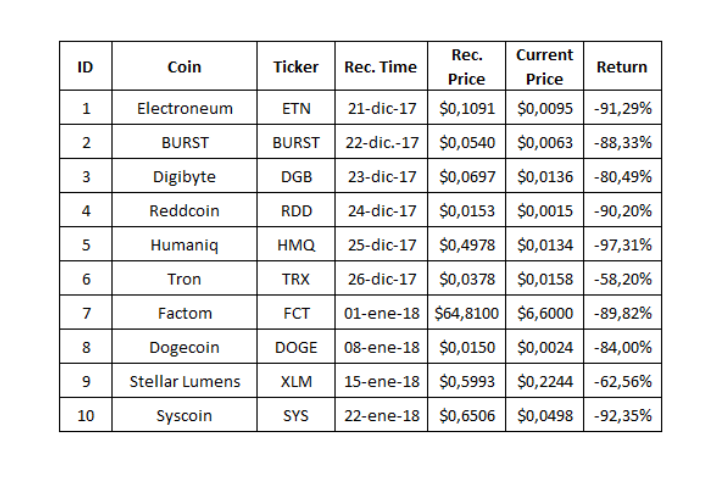 At the time, McAfee was said to charge 25 BTC or $105,000 per promotion which featured electronium, Tron, Stellar and others. Unfortunately, all the above-named cryptocurrencies are now trading at more than minus 80% of their prices at the time the calls were made. Some even 90%+.

What do you think, is it just another way of McAfee to shill new projects??

advertisement
✓ Share:
Disclaimer
The presented content may include the personal opinion of the author and is subject to market condition. Do your market research before investing in cryptocurrencies. The author or the publication does not hold any responsibility for your personal financial loss.
About Author
Dare Shonubi
Staff writer at Coingape. Certified cryptocurrency expert and Blockchain journalist covering crypto market analysis and general Blockchain adoption and development. You can follow me on Twitter at @ShonubiDare or reach out to me at dare[at]coingape.com

Twitter LinkedIn
Dare Shonubi
247 Articles
Staff writer at Coingape. Certified cryptocurrency expert and Blockchain journalist covering crypto market analysis and general Blockchain adoption and development. You can follow me on Twitter at @ShonubiDare or reach out to me at dare[at]coingape.com
advertisement