The NEM Foundation has notified the community regarding the ‘state of things’ at the NEM foundation and replied to the numerous concerns of the community. The NEM Secretariat Office has elaborately explained the situation the new management, under Foundation President Alexandra Tinsman, is facing, with their future plans and clarifications. The NEM foundation releases the announcement one day post their bankruptcy rumor to clear the air of doubts for the NEM community and their employees.

They have applied for new funding with a Venture Capitalist and are expecting increased liquidity in a month. Furthermore, the response was a mix of sweet and salt served on a reality platter. They confirmed the layoffs, though asserted that hope is still there and everything will be back on track.

Questions Regarding Community Funding of $7.5 million

The NEM Secretariat Office notified the community that it would not be utilizing the community fund it has assigned previously for specific operations. However, they have expressed the notion of a crowdfunding approach by the community to help the company with momentary liquidity.

They confirmed that they will be releasing the details of the funding process before the community. They asserted on the decentralization ethics and the requirement of joint efforts from the community. The NEM project is open-source and XEM token is decentralized. Hence, the supporters of the $365 million crypto-community currently ranked 18th on Coinmarketcap can be expected to uphold the NEM Foundation financially in adverse times.

Message to the Employes

The NEM foundation has reported that due to liquidity problems they have kept all their current operations “on hold”. This means that some of the current employees are laid-off for a while or permanently depending on the budget constraints.

They have expressed their disappointment in making such decision to the members and the NEM community. They expect to receive funding in the next month which will act as fuel for the organization. Finally, they Secretariat Office reasserted the employes that hope is still there.

“We cannot apologize for the past decisions before we came into leadership, but we want to let you know that there is hope for the future.

…We would like to emphasize that the NEM Foundation is not firing any staff. Due to budget constraints, there are layoffs. In addition, there is a complete structure reorganization underway. Those that have been laid off will be given consideration for current openings under the new structure if funding is awarded.”

Failure of the Promotion-based structure

In a reply regarding the spending of 80 million XEM token by the previous management, the NEM Secretarial office notifies the community that the budget was primarily set to facilitate marketing projects.

“The foundation’s original charter was to be the trustee of and make decisions for the public chain and spread its adoption. Awareness was a secondary goal of the foundation because it should increase naturally as a result of (successful) adoption. Therefore, in 2018 funds were primarily spent on marketing activities and training.”

The company audit books have revealed huge loses to the tune of 9 million XEM per month, with the bear market still in action things are getting difficult for the organization. The reason for this has been the failure of the decentralized regional leadership structure. NEM had set up local teams with a certain level of autonomy to function as an independent firm as long as they promoted NEM.

The announcement clearly stated that “We saw efforts being duplicated, and inconsistent metrics of success. We saw very little accountability for funds and questionable ROI, leading to a burn rate of 9 million XEM per month. In terms of running an effective organization, the existing structure failed.”

The new product focused regime would eliminate the regional teams for product-focused teams. The level of autonomy that the regional teams enjoyed has also been revoked. They notified that the new administration would involve a strict hierarchy which will be set up to keep the members aligned to the NEM foundations’ goals.

…Each of these team’s leads will be responsible for reporting metrics and delivering ROI directly to the council and community to maintain transparency and accountability. “

They have proposed a budget cut of 60% from the existing expenditure for running the operations. They also aim to monetize all their future projects ASAP.

Also read: NEM Foundation’s Potential Bankruptcy And Layoff Plan Pushes XEM Ticker Down, But All Is Not Lost?

Foundation’s Vision and Message to the Community

The Foundation is looking forward to making the Catapult update on the NEM blockchain a success. The path ahead is difficult and ‘Crypto Winter’ has made things tougher. According to them the catapult update will be application ready and would attract many partnerships.

The Foundation plans to quickly ‘commercialize Catapult’ to start generating revenue again to support the entire organization efficiently. The Secretariat Office ended the note with the promises of conviction towards goals, dedication, and perseverance.

The NEM foundation will further release announcements this month to notify specifically regarding the structural changes and the plan in action.

NEM is one of the more popular cryptocurrencies in the market. There might be numerous other cryptocurrencies facing liquidity problems mostly due to the prevailing “Crypto Winter’ which can be expected to last a bit longer than expected. NEM foundation comes out as one of the first blockchain-based projects to implement bold changes to align their goals and products. The Catapult project implementation and results will finally decide the fate of the NEM project. 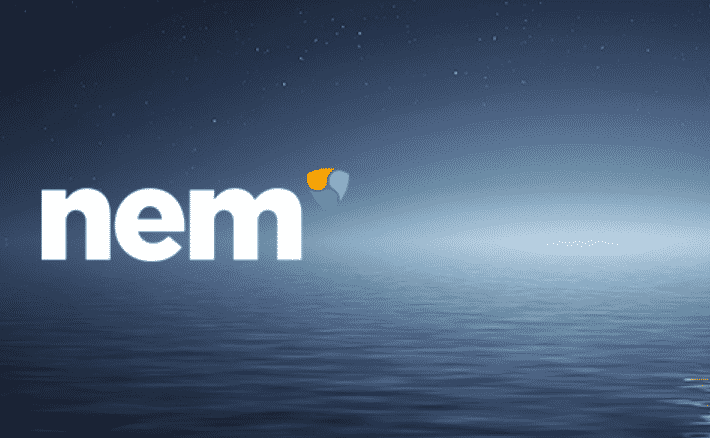 Article Name
NEM Foundation Reaches Out to the #NEMcommunity and Proposes Transition from a Promotion-Based to a Product-Based Organisation
Description
The NEM Foundation has notified CoinGape regarding the 'state of things' at the NEM foundation and replied to the numerous concerns of the community. The NEM Secretariat Office has elaborately explained the situation the new management, under Foundation President Alexandra Tinsman, is facing, with their future plans and clarifications.
Author
Abhinav Agarwal
Publisher Name
Coingape
Publisher Logo