The nascent technology undergirding cryptocurrencies like Bitcoin and Ethereum has been heralded as the disrupting force of the next generation. This disruption has already been felt in the finance world, among others.

And the most recent news from the platform only further proves the movement of the industry.

The Matic Network has announced the sale of pets for the Trial of Artemis game. Named after the Greek goddess of the hunt, Trial of Artemis depicts a playful battle in which each player sends a pet into an arena. The 3D browser game is played from a top-down perspective while each move is reflected in a smart contract transaction on the blockchain.

The pets are then able to gain weight by consuming food that Artemis has distributed. The food increases pet ‘weight’, and makes them more likely to survive and win in a competition within the arena.

The newest offering will be for just 630 of these pets, sold as non-fungible tokens (NFTs). The NFTs will be offered via a crowdsale that will be released over three phases. The pets will be classified by scarcity—Epic (90 available), Rare (180 available), and Uncommon (360 available).

The order of release and phase of each crowdsale will not be made known to the participants in the sale. After the sale is complete, unsold NFTs will be discarded, and the pets will no longer be available in the future.

Unlike CryptoKitties, which have sold more than a million since their inception, these Chainbreaker pets will be more rare by a factor of 1000. The exclusivity of the offering makes the pet sale something of a unique and rare event.

Prices are commensurate with the scarcity of the offerings. Epic pets sell for 1.99 ETH, Rare for .99 ETH, and Uncommon for .49 ETH. These values also enter participants in a drawing for Steam gift cards of which 13 of various values will be awarded. 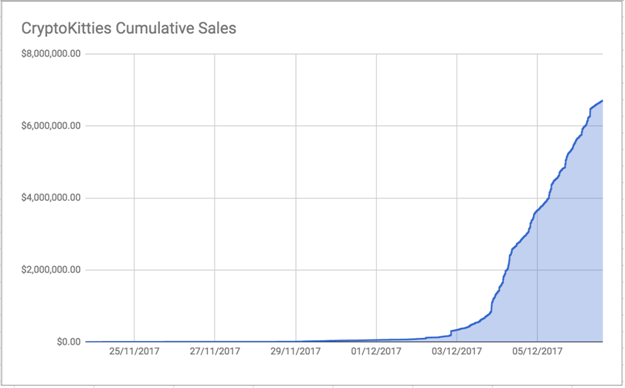 The offering is important as the 3D blockchain gaming world continues to grow. Certainly a future growth point, these early-release gaming pets will be excellent holdings for future value as the platform and network continue to grow.

Additionally, 20% of the return of the sale will be channeled into the Chainbreakers reward pool. This will continue to fund the ‘play for pay’ model that the company has created within the Decentraland platform. Additionally, the pets will be interoperable with all the upcoming games on the Chainbreakers metaverse, only increasing their value.

Participation in the sale is simple. Users need to simply login to the official store with their preferred wallet. The proprietary shop will support the wallet Portis alongside the regular web3 login represented by the Metamask login button. Users are then directed to the three pets currently for sale, which can be purchased in any quantity, and checkout is simple and quick.

Crowdsales will begin October 31st at 12 PM GMT, and will proceed in three phases—one on November 2nd, and the final phase on November 4th, both at the same time. Users will be given access at that time, and the rarest pests will likely be snapped up.

The sale of the Coinbreakers’ pets reflects another move forward for the blockchain gaming network. As the market and industry continue to flourish, games and players will continue to enjoy the upgrades that the market will no doubt produce.