No one enjoys paying a ton of cash for slow, unreliable Internet services. And while paying more to access better Internet speeds seem like the better option, we all wish connectivity was affordable and secure.

Quanta Networks, a Canada-based blockchain startup, hopes to solve this problem by developing blockchain-based telecom ecosystems with zero facility or tower fees. Through these systems, Internet users will be able to rent out Internet connectivity to friends and strangers fast and securely using peer to peer systems.

Quanta Networks aims to use the blockchain’s secure digital ledger and smart contracts to help spread Internet connectivity throughout the world. The company won’t invest in the bandwidth of any kind. Instead, smart device owners will be connected to one network where they can share their Internet bandwidths to others in need. The ecosystem will work loosely like Airbnb or Uber.  People with fast connectivity can choose to rent out their services directly to those who are interested.

Payments will be done through Ethereum smart contracts. Validation will be done on the blockchain and KYC verification will be compulsory. According to Quanta Networks, the move to verify everyone’s identity will help enhance security and make it easy to apprehend those breaking the community’s rules.

Quanta Networks puts across all the important details about its project in an 18-page whitepaper. The document defines the startup’s project, calling it “an unconventional approach to telecommunications.” It gives an overview of the telecom industry, challenges related to distributing affordable connectivity and how Quanta Network will approach the issue.

As per the whitepaper, the new Quanta Networks telecom architecture will help mobile users have access to unlimited Internet connectivity at all times. Information about the company’s business model, its monetization strategies, unique innovations, and ICO funds goals are all highlighted.

The Whitepaper goes further to explain its roadmap. According to early projections, Quanta Networks services will be availed to North American users by January 2020. Its marketing strategies include not only online marketing but making sales calls and email promotions. The whitepaper ends with a list of the projects team of executives and advisors.

The core Quanta Networks team of executives, managers, and advisors comprises of 17 members. This is a much higher number than the average ICO, which has 12 or fewer members. Quanta Networks plans to partner with connectivity networks around the world to help spread its ideas globally. While it grows, the ecosystem will use a simple business model. To access services, payments will be validated through the blockchain.

The ecosystem will support several data encryption methods and community members will have the freedom to choose any method. Bandwidth data will be transmitted through the Quanta’s network but since the traffic will be encrypted, Quanta won’t be able to compromise users’ data.

All payments in the ecosystem will be completed using QN tokens. Quanta hopes to build an internal exchange as well as list the tokens on third-party marketplaces to help users buy and sell them. QN coins are ERC20 compliant and can be stored in any Ethereum wallet. 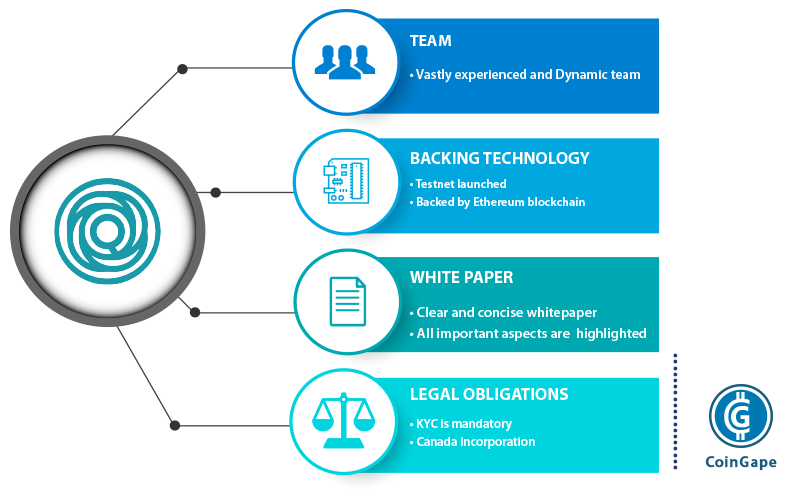 KYC verification will be a mandatory requirement for joining the Quanta Networks ecosystem. This will help keep everyone secure and ensure that only members of goodwill access the project’s services. Apart from that, Quanta will work with people across the world, including the USA.

When it comes to funds’ distribution, 67% of the money raised will go toward completing the ICO Quanta project. The team and advisors will keep 15% of the fund while marketing and other expenses will be allocated the remaining 18%.

Quantum aims to raise at least $20 million through an ICO that will run starting April 15 this year. The project’s hard cap is set at $300 million. Interested investors must invest at least $100 into the project, with each QN token selling at a price of $0.70.

Although Quanta launched in 2017, its ICO is a brand new project. As such, the company is just starting off to market its services. The team has existing, Reddit, Medium and Twitter account but they are barely active. So far, the ICO’s most active social media channel is Twitter.

The Quanta Network is currently at its pre-ICO phase. However, you can’t still buy tokens as a private investor. The ICO token phase will kick off on August 15 and take place for an unspecified number of days. After that, the project will be completed. The startup has already created a preliminary blockchain-based network and the QN token.

The team hopes to list its tokens on three exchanges by October 2019 while its main services will be offered from January 2020. 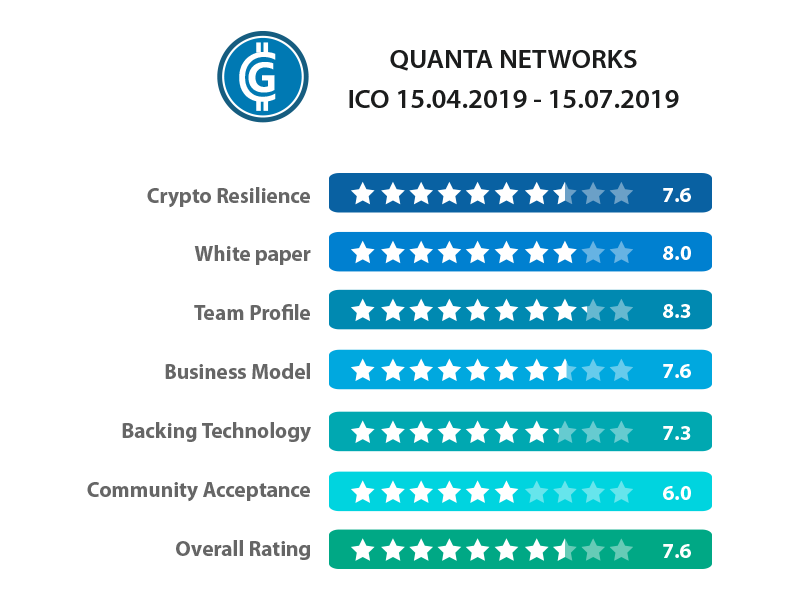 A Note to Investors

Quanta Network launched in 2017 and has been working on its project up until now. So far, the startup has developed a web-based network and the QN token to help facilitate fundraising. The public ICO will happen this month and the funds will further help actualize Quanta.

The project has unlimited potential considering there are more than 5 billion smartphone users in the world. However, it won’t be easy to disrupt the current telecommunication industry unless its “facility free” ecosystem will be objectively affordable worldwide.

Should the company convince North American and European customers that its idea of P2P Internet sharing is worth it, there are no heights Quanta couldn’t reach. 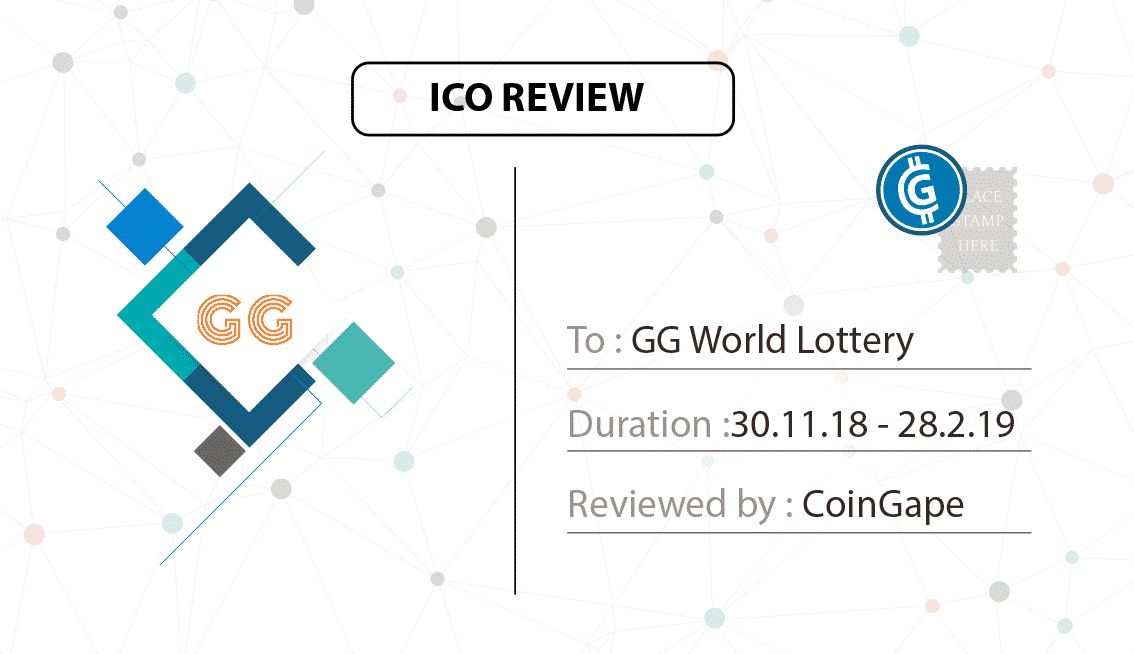 Student Coin: A Post-COVID Solution to Raising Student Financial Loans!
The global COVID-19 pandemic has affected the normal way of…

YPTOSPACE ICO Review, Rating and Complete Analysis
In the past few years, a significant number of ICOs…

GG World lottery ICO Review, Rating and Complete Analysis
Overview With the global lottery industry generating over $279 billion…
Sagar Saxena 215 Articles
Passionate about Blockchain and has been researching and writing about the Blockchain technology for over a year now. Also holds expertise in digital marketing. follow me on twitter at @sagar2803 or reach out to him at sagar[at]coingape.com
Follow Sagar @
Facebook Twitter LinkedIn Xing