Bitcoin hit the headlines in late 2017 when it reached as high as $20,000, as cryptocurrency mania took over the world. From news media to celebrities, everyone had an opinion as the pioneer of digital currency added +1000% over the course of a few weeks. This incredible rise saw other cryptocurrencies post even more impressive gains, Ethereum reaching $1300, rising from just $10 a few months previously. But such rallies must end, and as 2018 came along, Bitcoin, Ethereum and most other cryptocurrencies fell back in price, continuing all year.

As 2019 began, Bitcoin had fallen to $3,200, with Ethereum hovering around $100, and many experts told us this was it, interest in cryptocurrencies were over and the only way was down. But the reality is, that behind the scenes, a lot has been happening for Bitcoin itself and blockchain, and with them the entire cryptocurrency industry. Major financial institutions have committed to digital assets and blockchain with initiatives like the Bakkt platform, while Facebook, as a truly mainstream organization, is currently in the early stages of developing their own cryptocurrency. And drinks company PepsiCo are implementing blockchain solutions into their production processes.

This is not the sign of an industry in crisis, the opposite in fact, and while it may be a surprise to some, Bitcoin has seen a remarkable rise in price as we move into the second quarter of the year, breaking past $5,000 and rising above a strategic resistance value at $5,700.

So, does this mean that we will see another huge price rally for Bitcoin and other cryptocurrencies, or is it another false dawn? For anyone thinking about using a Bitcoin exchange, and especially margin trading any cryptocurrency in 2019, understanding the probability of a new rally matter. To find out what will happen, we should look at Bitcoin’s history.

When looking at the price of Bitcoin or any other cryptocurrency, it is important to remember that they are an entirely new form of asset. Bitcoin only came into existence in 2009, it reacts differently to economic conditions than stocks, shares, even fiat currencies on the forex market. The only thing that can give us an indication of what Bitcoin price will do in the future is how it behaved in the past. For those of us thinking of trading Bitcoin on a cryptocurrency exchange, having an early idea of the way it is likely to move allows us to be ready for a new rally and maximize profits.

So, if we examine the current Bitcoin price, we can look for patterns. The first thing to note is that in setting a new yearly high, Bitcoin broke out of a downtrend that has lasted 18 months, since that 2017 high of $17,000. Technical analysis suggests this is a sign of a trend change, in this case, a swing back to a rising market.

Importantly though, if we look at the 50-day and 200-day moving average, we also see that the 50 days has just crossed through the 200-day line, holding above it. You can see that in the chart below:

The last time this happened was in October 2015, Bitcoin went on to increase value by more than 70% by the end of the year. So, the technical analysis suggests that Bitcoin is going to go up in value. This sounds good for anyone looking to take a position on a Bitcoin exchange, but what has Bitcoin done in the past, is there a pattern we can see?

A pattern is there, from its initial launch, Bitcoin has displayed consistent behavior. It posts massive gains, even the first Bitcoin rally, going from $0.10 to $10 is a huge price increase, if not one that attracted the media interest of the 2017 numbers. It then proceeds to fall back, losing on average 80% of its highest value, then eventually rallies again, always achieving significant new highs. The drop after the 2017 rally, from high to eventual low, was 84%, right in line with previous price movements.

So, while nothing is ever certain, especially with cryptocurrency prices, a new uptrend may be emerging. What could we expect from that if it does happen? Again, we can look back to previous uptrends to get an idea of what could happen. In every single case where Bitcoin has broken its downtrend and rallied, it has created new all-time highs. If it continues this pattern, the next rally, whenever it takes place, would exceed the $20,000 previous all-time high.

Of course, it is important to remember that there is no guarantee of Bitcoin following the patterns it has shown before, but likewise, there is nothing to suggest it will not. The other important thing to remember is that this does not just apply to Bitcoin itself, but to cryptocurrencies in general. Whenever Bitcoin has rallied in the past, so the altcoin haves risen in value too.

For anyone trading in cryptocurrencies, or wanting to start, this is an excellent place to start, to be ready for any future price movement should it occur. But how do you do that?

The easiest way to trade cryptocurrencies, including Bitcoin, Ethereum and Litecoin, is futures trading on a cryptocurrency futures exchange. It avoids the complexities of buying your own cryptocurrency, and issues with liquidity if you need to sell it again, and thanks to margin trading, allows you to take larger positions that would otherwise be possible.

Bexplus is a leading Bitcoin exchange that allows you to trade futures on Litecoin, Ethereum, and Bitcoin itself. With 100x leverage, it allows traders to take full advantage of the potential of cryptocurrency trading, especially with the possibility of a new price surge coming.

Easy to use, Bexplus is the platform for traders who want to enjoy the potential of cryptocurrency exchange trading without dealing with the cryptocurrency itself. With perpetual contracts and comprehensive features along with its margin trading system, it is the perfect solution for all cryptocurrency trading needs today.

In 2019, Bitcoin took a decisive turn as it posted year to date gains of about 80%. After accumulating below the $4000 range for more than 2-months, the asset posted impressive gains in April and continued the momentum in May 2019  at it crossed $6000 mark. Moreover, the rally has occurred more than a year post Bitcoin reached its ATH high. It has been the longest bear market in the history of Bitcoin; the 2015 bear market lasted for 57-weeks. Hence, as Bitcoin continues to gain mainstream popularity and adoption, the optimism could drive the price to new highs in the near future. 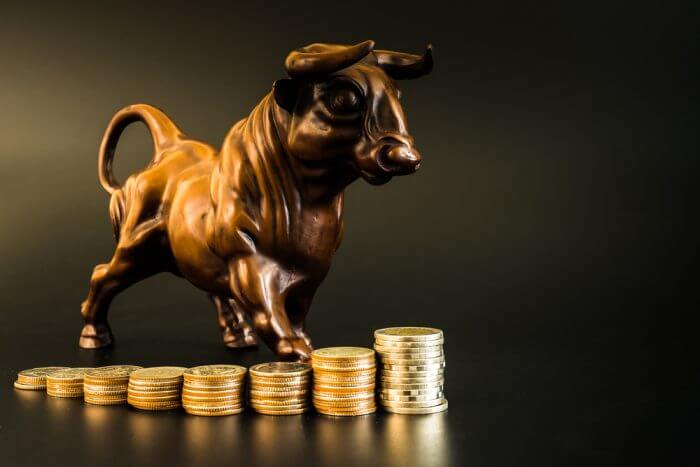 Article Name
Does the recent rally mean that Bitcoin is set for big gains?
Description
Bitcoin hit the headlines in late 2017 when it reached as high as $20,000, as cryptocurrency mania took over the world. From news media to celebrities, everyone had an opinion as the pioneer of digital currency added +1000% over the course of a few weeks
Author
Guest
Publisher Name
coingape
Publisher Logo