The Ren project, formally launched in 2017 is one of the earliest DeFi projects. However, it was formally called republic protocol. The project tackles privacy, security, and interoperability in OTC. According to the founders, interoperability, privacy and secured protocol will decentralize OTC.

Consequently, Ren, founded by Taiyang Zhang and Loong Wang, is a response to the lack of support for over-the-counter (OTC) cryptocurrency trading. It allows investors or traders alike to trade the market without disrupting it.

What is Ren Project?

For ease of understanding, Ren makes the crypto transfer between blockchains easy, transparent, and secure in a private model.

How does Ren Project work?

Ren is built on a decentralized virtual machine replicated over thousands of machines: RenVM.

The four core pillars that make RenVM (below) allow for one of the only practical privacy + interoperability solutions that can scale, and is the only solution that allows for private computation over multiple inputs and multiple parties.

Ren leverages RenVM to allow decentralized and trustless dark pools. Before going further to how Ren works, dark pools refer to OTC markets that allow investors to anonymously purchase large amounts of an asset. They could be a legacy market or cryptocurrency.

However, while purchasing anonymously, there comes a lack of trust and security of assets. Hence, the need for a trustless, decentralized, and secured protocol called RenVM.

Similar to a blockchain, RenVM. It is decentralized, allows users to run nodes, as well as governing the virtual machine. Contrary to the legacy system, you can execute scripts offline with a high degree of certainty.

Trustless cross-chain cryptocurrency on the RenVM is done using a complicated algorithm called the “Shamir Secret Sharing Scheme”, which fragments the orders. Unlike the conventional OTC, fragmented orders are such that the Darknodes do not know the amount or destination of the crypto being transacted. Thus allowing privacy.

As an Ethereum protocol, RenVM executes cross-chain transactions using ERC-20 token, as a utility and an equivalent of the underlying assets. Concurrently, the ERC-20 compliant token allows you to move or swap supporting assets like Bitcoin, ZCash, Bitcoin Cash, etc on the Ethereum blockchain.

What is Ren Project concept?

Ren project is an ideal solution for trustless, secured, decentralized, and anonymous OTC transactions. That said, it leverages several technologies like RenVM among otters to build a robust and sustainable dark pool. Its watchwords are private, open protocol, and interoperable transactions between blockchain.

What Ren Project did differently?

Ren is a complex platform with multiple use cases, but it is ultimately designed to overcome barriers to entry and investment for DeFi projects.

As a plug-in, it allows DeFi projects to bring foreign cryptocurrency assets such as Bitcoin (BTC) and Zcash (ZEC) to their offerings. More broadly, users can in essence swap any token between any two blockchains without middle steps such as using so-called “wrapped” versions of tokens, for example, Wrapped Bitcoin (WBTC) and Wrapped Ethereum (WETH).

RenVM is a network of virtual computers making up a virtual machine. The machines powering the network which makes up RenVM are called Darknodes.

Ren charges various fees for internal operations, but most do not go towards direct profitability, instead of being paid to miners. As an ERC-20 token, REN also attracts varying gas fees to power transactions.

Having the success of Ren project, it is supporting several assets and projects. The majority of them are covered under the umbrella called; Ren Alliance.

Ren Alliance is an initiative that focuses on assets utility, the security of the protocol, and development. Concurrently, the member platforms or assets include Aave, Airswap, Bit Team, Curve Fiance, Matic network, Futureswap, Portal.Network, Labrys, Formatic, Blockpool, among others. However, it is worthy to note that the member alliance constitutes the supporting assets and projects.

Since formerly launched as republic protocol, Ren boasts of several partnerships. They include but not limited to the following;

Ren project kicked off a 2 round of ICO sales on Feb 22, 2018. They raised $34M in funding. During the sales, they have many notable investors, including; FBG Capital polychain, Hyperchain Capital, Infinite capital, Houbi Capital, Limitless Crypto Investment, Signum Capital, Aenigma Capital, Synapse Capital, BlockVC, and ZhenFund.

By adding the private liquidity layer, RenVM, the value can move between blockchains in zero knowledge in complete privacy. Hence, supporting a plug and play, independent dark pools. Concurrently, Ren is a multiple solution protocol. Other solutions include;

Pros and Cons of Ren Project

Similar to every other innovative project, Ren has pros and cons alike. The major pros are that it has a lesser chance of flash loan attack, an experienced team, and strong partnership tiers. On the other hand, the swapping blockchain could pose a risk called compounding the risk.

Unlike other Oracle-based DeFi protocol, Ren is Oracle-less. That affords the protocol immune to oracle bugs. However, there could be compounding risks. Compounding risks talks about the risk of an asset, say Bitcoin blockchain on the Ren protocol. That is to say, a user risks bitcoin blockchain challenges while swapping bitcoin.

Upon successful rounds, it has a reserve fund of 19.9% of the total supply. On the other hand, 9.9% of the fund was allocated internally to advisors, the team, and its founders. However, team tokens came with a two-year lock-up period, with a six-month lock-up for advisor allocations.

Also, 10% of the REN supply is specifically for partnerships, development, and other related activities.

Token utility process is below: 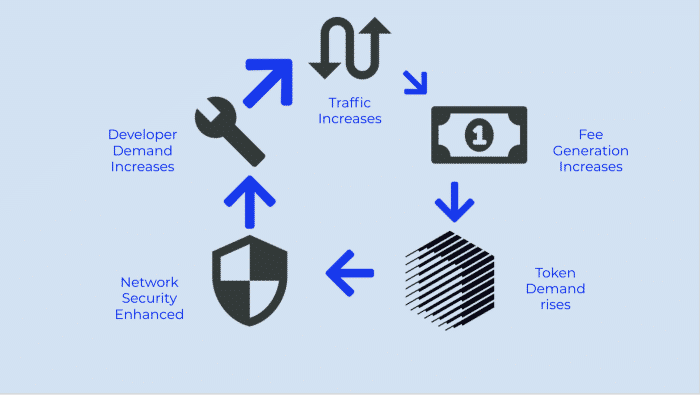 Ren was notably founded by Taiyang Zhang as Republic Protocol in 2017. Zhang has existing experience in the cryptocurrency space and has co-founded crypto hedge fund Virgil Capital. Another frontline team member is Loong Wang, who was a lead software developer at Neucode and currently the CTO of Ren protocol. 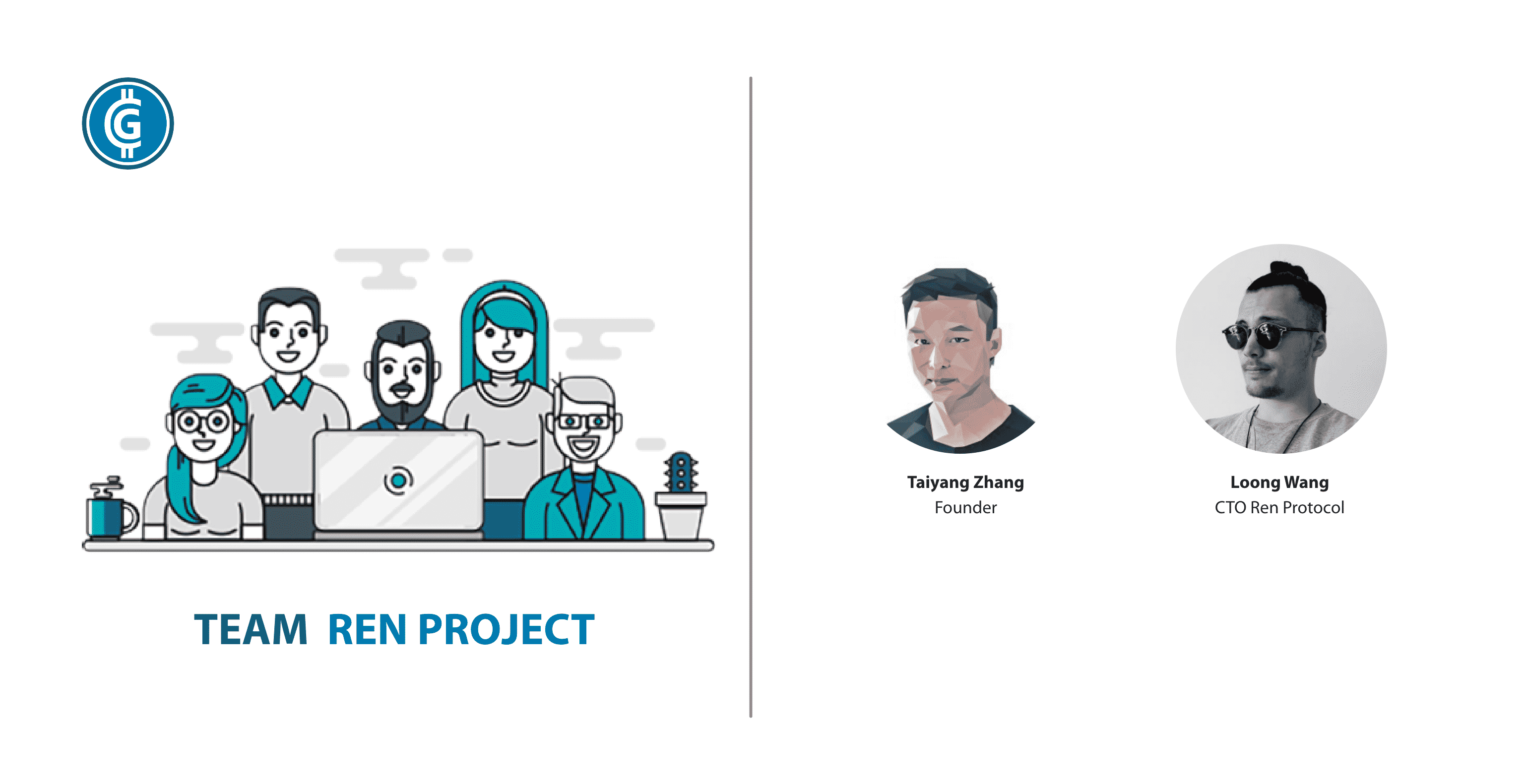 Ren project received impressive support from the crypto community. They engage in followership of 24.9K, 1.8k, and 8 188 on Twitter, Reddit, and Telegram respectively.

Throughout the media and listing outlets, the Ren project has a commendable reputation that ys a lot about the viability of Ren solutions.

It is 57 and 58 in rank on Coinmarketcap and Coingecko respectively. And available on the following exchanges:

The Ren project has several competitors. However, there seems to be no direct competitor that offers all their solutions including liquidity, interoperability, privacy, etc. therefore, you will learn Ren competitor in terms of specific solutions. 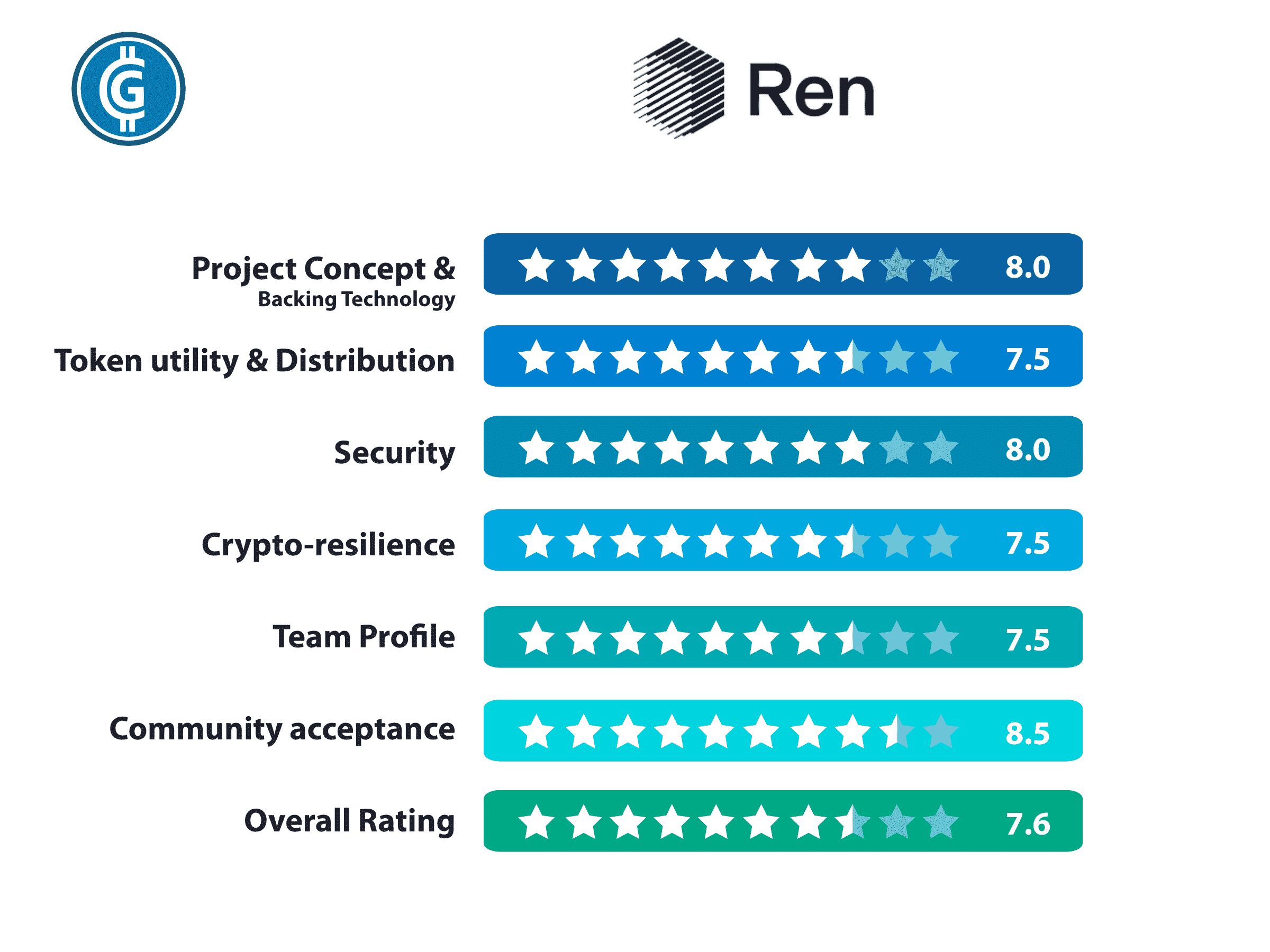 From the team viability, management, technology, and partnerships, there is an indication that Ren has a good future. However, it is left for the team to meet up the interoperability needs and the rising security concerns inherent to DeFi protocols.

Is the REN audited?

Is it open-source, and non-custodial?

It intends to achieve decentralization but not yet.

Is the project Audited from reputable security auditors?

Ren smart contract is audited in October 2018 by: ChainSecurity

Has the contract been verified on Etherescan?

Yes, it is verifiable.

What is Ren registered and based?

✓ Share:
Disclaimer The presented content may include the personal opinion of the author and is subject to market condition. Do your market research before investing in cryptocurrencies. The author or the publication does not hold any responsibility for your personal financial loss.
Similar Reviews