Blockchain technology has been the hottest buzzword so far and the narrative for the stocks and shares via blockchain is quite interesting. As such, Dr. Craig S Wright, an Australian computer scientist, and businessman who also identifies himself as Satoshi Nakamoto took to Twitter, stating that the ‘Stocks and shares on Blockchain Add Zero Value to Users’.

Blockchain and the concept of STO

He strongly urged that instead of encouraging stocks or shares via blockchain, tokenized shares can improve a lot of ‘corporate efficiency’. STO or security token offering is an alternative to private equity capital, first introduced by Polymath.

In general, an STO helps resolve licensing requirement from the law and as such, even if the token is considered as security, it can still be an alternative form of investment which can be considered as e-money or payment service. 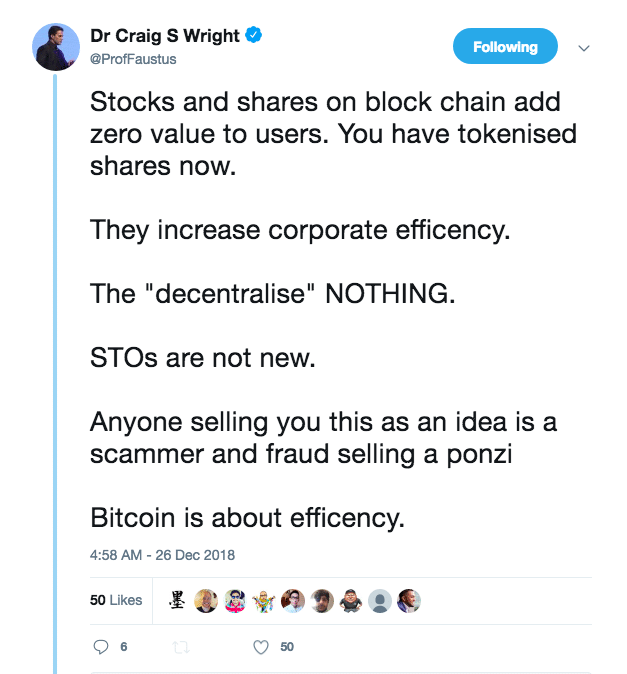 Moreover, he argued that it’s not legal. With this, he claimed that the regulatory bodies, as well as the issuers, must be able to revoke or assign issues. Nevertheless, the tweet was followed by few crypto enthusiasts who questioned about the regulations over STO and if it does have, will it not be 100% regulated STO?

As a response, Mr. Craig answered that such STO is not covered by any regulations. He affirmed that the STO is just an equity. In his words, 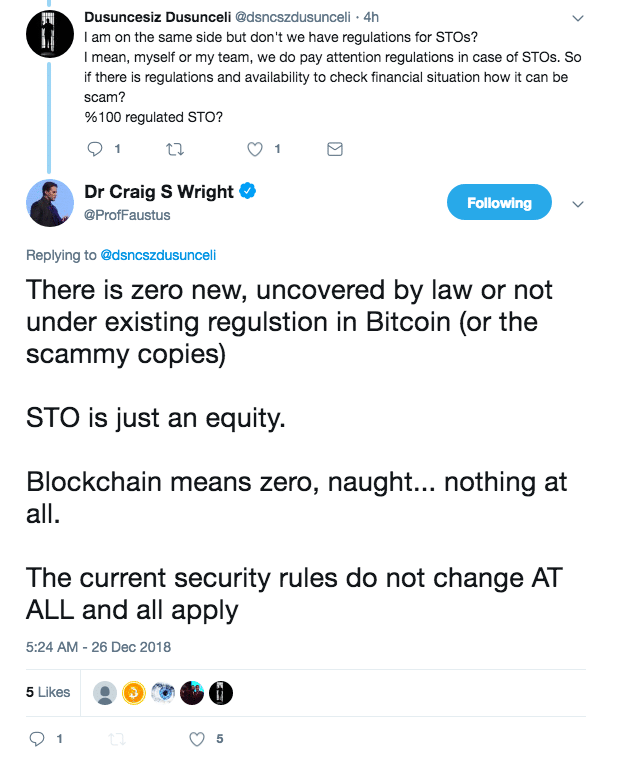 Craig further talks about blockchain for STO and emphasized that these are just the shares of company and Blockchain is a Database. He said that the Blockchain and Bitcoin add efficiency to corporate affairs. Agreeing on this, one of the Twitter users states that;

Ok, now we are totally agreed I guess. My point was the same. Can’t call an STO a scam just by underlying the “token”. And of course, it’s all about company shares as we have experienced in the traditional market. That’s what we need; an effective database with a powerful interface…

On contrary to the blockchain, Craig said the security tokens are simpler ‘read-only record’. He moreover, claimed that the STO does exist since the 60s.

So what’s your take on STO filing on Blockchain technology? Let’s us know your views in the comment below.