The SyncFab team is announcing that the MFG Token has been integrated into the SyncFab 2.0 Platform. The innovative company is now looking forward to sharing its next-generation blockchain-based manufacturing platform.

A previously announced token burn for unsold MFG Tokens took place on June 30th. SyncFab has shared an explanation of the process with the public.

What is a token burn?

A standard practice for many blockchain companies that run a token sale is to burn unsold tokens that were not previously allocated. By burning tokens, SyncFab is removing unsold tokens from the public sale pool, which will lower the total supply of available MFG tokens.

Why is SyncFab burning tokens in phases?

The company implemented a Phased Burn Process to ensure sufficient time for those who have yet to complete their token claim submissions in accordance with the KYC Requirements. There are few lefts who have yet to complete compliant token claims but for whom SyncFab still must maintain respect as members of their community and realize they may have extenuating circumstances. The final phase burn number is dependent on the number of ultimate KYC failures due to AML or banned jurisdiction flags the company encounters, as that will alter the amount burned in the final phase.

The token burn takes place in 3 phases of nearly equal thirds, with the final number of the remaining balance to be announced upon conclusion of the Phase 3 Burn. 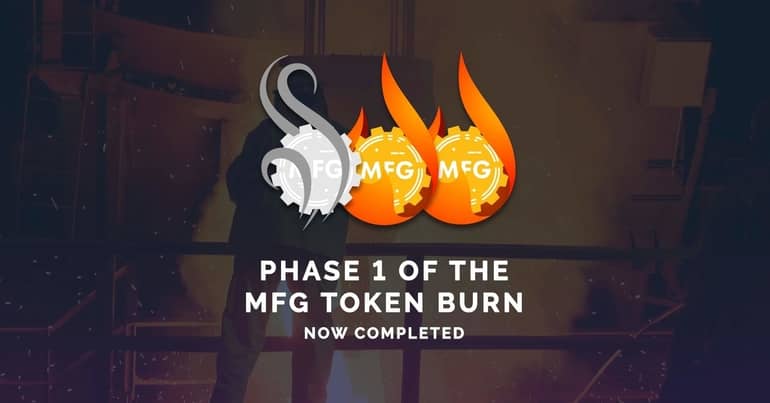 The remaining balances will be burned, with the exact number announced upon conclusion of the third and final burn.

After the June 30th cutoff date, SyncFab has shifted focus from distribution support to refocus on completing new product updates and daily operations growing the business in furtherance of its core mission. Tokens will still be available at a slower response rate to those who purchased by contacting [email protected] until August 30, 2018.

The team has also unveiled the SyncFab Token Tracker, which allows users to track the distribution status of tokens, and indicates steps to take for those who have yet to receive tokens.