While all the media glare is in BTC, Ethereum price steadily made some major gains too, today breaking past the key resistance of $700 for the first time since 2018. The second largest cryptocurrency by market has a better year-to-date return figures over Bitcoin despite top cryptocurrency achieving new all-time-highs every other day in the 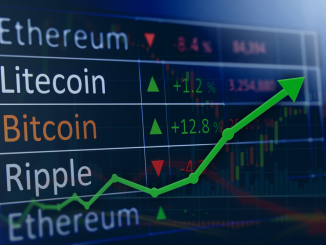 Market movement among the top 10 cryptocurrencies by market cap reaches a six-month high as BTC price stalled at $8,200 USD. The realized correlation index between the top 10 coins stands at 82.8% – the highest in the past 6 months. A number of factors have contributed to this positive correlation among the major altcoins 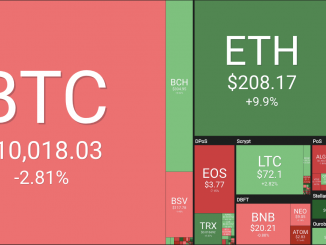 Last week saw a bit of drama with cryptocurrencies price movement. Bitcoin still remains the top cryptocurrency in terms of market capitalization and daily traded volume. However, this pace-setter status didn’t necessarily place bitcoin among the best performing coins of the week which ended on Saturday 21st of September, 2019. Among the top 20 most popular 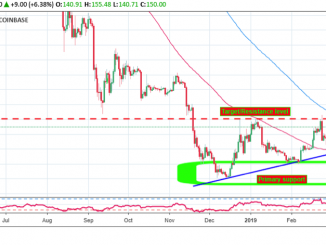 Ethereum ballistic rise adds 10% to its value in a matter of minutes. Narrowing gap between 100 SMA daily and 200 SMA daily indicates building bullish momentum. ETH/USD is in an upward roll on Tuesday 2 following the return of the bulls on the market. A correction has been made past the range resistance at