The XRP lawsuit filed by SEC against Ripple is drawing a near end, and nearly after 9 months of back and forth, experts have weighed in on the possible outcome of the case. The latest development in Ripple vs SEC case saw the defendants file for another seal motion for two exhibits from the Interrogatories

The latest development in the XRP lawsuit saw the court grant Motion to Seal in both, Slack and DPP disputes. Although, both parties pushed for a seal in their respective discovery disputes, yet Ripple may have bored the burn of the settlement. #XRPCommunity #SECGov v. #Ripple #XRP The Court has granted motions to seal regarding

The latest update in the XRP lawsuit saw the court order a telephone conference to discuss the Defendants’ pending motion to compel the SEC to produce certain documents it designated as privileged. The hearing is scheduled for Tuesday, August 31, 2021, with a public dial-in number that is to be posted before the conference. #XRPCommunity

In Ripple’s response to the SEC’s opposition in the DPP dispute, Ripple’s counsel claimed that the plaintiff “mischaracterizes” Hinman’s deposition testimony. Ripple argued that it stroked Hinman’s response about XRP being security as it was duplicative and didn’t include a relevant answer to the asked question. #XRPCommunity #SECGov v. #Ripple #XRP Ripple files response to

The SEC vs Ripple lawsuit took an interesting turn on Tuesday after a few portions of Hinaman’s deposition was made public. The deposition documents revealed that Hinman had warned Ripple of XRP’s security status and also asked to stop its sales. This revelation comes as a major blow for defendants in the case who until 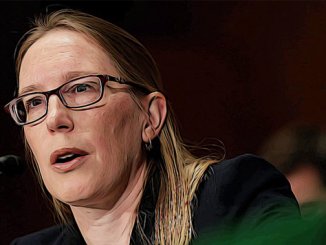 Hester Peirce known as Crypto Mom has yet again spoken in favor of cryptocurrencies. Recently, the leaked interviews of SEC Commissioner gave us hope for Bitcoin ETF approval. Now, Hester Peirce, SEC Commissioner is talking about the most crucial aspect that is “security offerings.” Blockchain-based Networks doesn’t Fit Neatly within Securities Framework In her latest speech