The decade has started off rather slow for Bitcoin (BTC) as price dropped over $300 USD in the past 24 hours to trade at $6,990 USD, as at time of writing. The shocking performance of BTC signals a possible test of key support level at $6,400 USD before a possible reversal happening.

‘Worst performing asset in the decade’

The 4% drop in price at the start of the new year saw gold bug, Peter Schiff, tear into the cryptocurrency claiming it already takes home the award for “worst performing asset in this decade.” He further predicts a further fall in BTC’s price in the coming months despite the upcoming halving offering hope to the community. Peter wrote on Twitter,

“Continuing the Dec. trend all asset classes are rising except Bitcoin. #Bitcoin may have been the best preforming asset of the last decade, but it’s already the worst performing asset of this decade. While I think U.S. stocks will soon drop, I think Bitcoin will fall even faster.”

Despite BTC being the best performing asset in the last decade, hitting over 9,000,000% gains, Peter believes Bitcoin is not on his long term investment list claiming delusion for past price increase is driving the craze in BTC. He said,

“No matter how far #Bitcoin falls in the future, Bitcoin bugs will always look to past performance to tout its success. If a few years from now Bitcoin is just $100 per coin it will likely still be the best performing asset since Jan. 2009.  But will anyone who still owns it care?”

While the constant competition between physical gold and digital gold sees Peter heavily tilt towards the shiny metal, BTC’s price indicators do not give a case for him to switch – at least on the longer timeframe charts.

Bitcoin’s drop below $7,000 opens a case for a bear run towards key support levels at $6,400 USD – a price last recorded on Dec 16. Looking at the daily charts, the price of BTC bounced off resistance at $7,560 USD on Dec 29th, with the failure to break the ceiling leading to consecutive losses through to 2020. The daily relative strength index (RSI) is currently oscillating below 50 with a bearish angle. 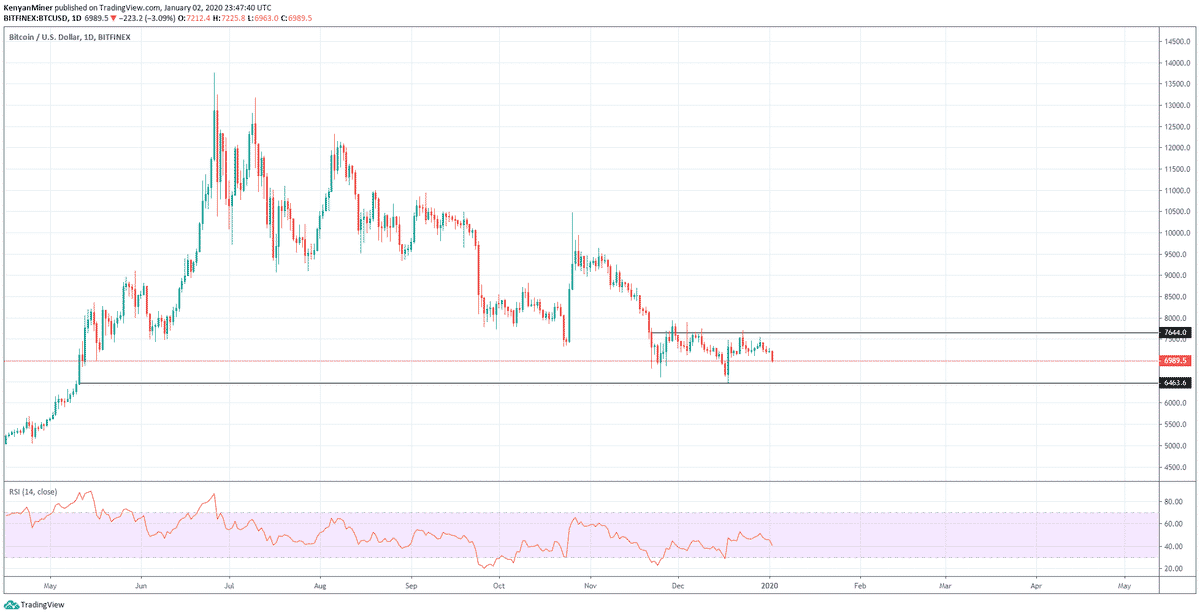 A break below the support at $6,400 USD will signal an upcoming bearish run with the halving less than five months away. Bitcoin bulls will need to push the price back above $7,000 USD to set the chart fundamentals to a bullish momentum in sight of the $7,500 USD key support level.

World’s First “Bitcoin Car” to Race at the 105th Running of the Indianapolis 500
The world’s first “Bitcoin car” is all set to enter…
Lujan Odera 388 Articles
Been in the field since 2015 and he still love everything blockchain and crypto! FC Barcelona fan. Author and journalist. Follow him at @lujanodera.
Follow Lujan @
Twitter LinkedIn