New data pulled from decentralized betting marketplace Augur shows that since the platform launched nearly seven months ago, a single user has reaped nearly half of the profits made from placing bets on the platform.

An Augur leaderboard compiled by security researcher Mike McDonald shows that the anonymous user has made nearly $100,000 from Augur bets. 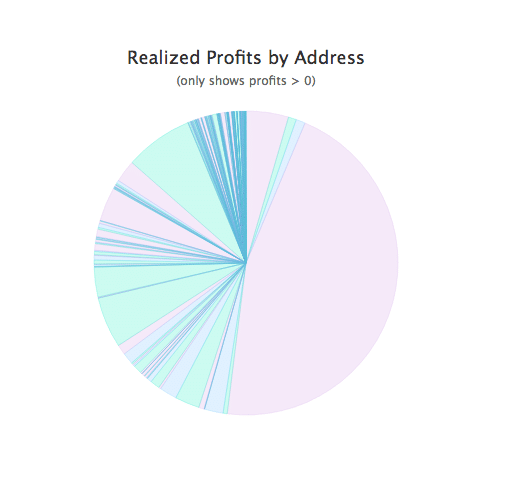 Over the course of 177 trades, the user has made 856.4656 ETH, which works out to about $99,433 at current market rates. As fascinating as this would appear, the rest of the leadership makes more even more interesting reading, with the user in (a distant) second place recording profits of 136.926 ETH (about $15,866) across just 14 trades, meaning that this user has averaged over $1,000 in profit per trade.

Beyond the novelty value of these results, what seems evident from this data is that like so many other DApps, Augur is suffering from a pointed lack of usage. A total of 1344 users in over six months of operation averages out at about 224 new users per month. A cursory examination of the current DApp usage leaderboard shows that it is still heavily dominated by gambling DApps which while relatively active with large volumes of money flowing through them, are only used by a relatively small number of people.

Augur was marketed at launch as the platform that would show the true value of decentralization by creating a censorship-free environment for all types of betting markets. Instead, however, the post-launch period was dominated by news about assassination prediction markets on U.S. president Donald Trump opening up, among other embarrassing incidents.

The recent launch of the Veil Mainnet, built on Augur and 0x protocols, however, provided a much-needed market boost for Augur, sending the REP price shooting up 38 percent last week. Veil has marketed itself as a consumer-friendly implementation of Augur, solving the platform’s problems of delayed payout and low speed.